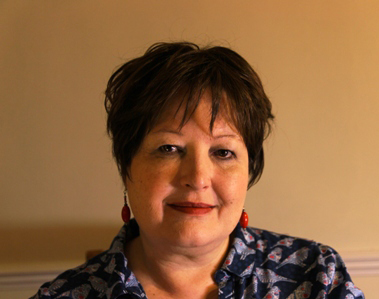 As a writer, the past has always fascinated me.  It is like watching a good drama: it has complexity and pathos; thrills and spills; characters I love and characters I hate.

History is the story that tells us how we arrived at where we are, why we live the way we do, why we think the things we think.
Studying the past is like going on a journey into a foreign land; some things are reassuringly familiar, others are totally alien or overwhelmingly horrific. As a writer exploring what was different is the brave and difficult thing to do.

I graduated slap bang in the middle of  Margaret Thatcher’s recession with a degree in Medieval History – needless to say, my job prospects were not great. With the economy in meltdown, I spent a couple of years working in archaeology managing job creation teams from the Unemployment Service then I progressed to teaching English as a foreign language in Italy. Eventually, I got a proper job in the Civil Service and then in Local Government. In 2010 I was invited to find alternative employment as the Government was strapped for cash again because the bankers had torpedoed the economy. Since then I have been finding my own way in the world.

Love of the 18th Century

My debut novel, Sinclair, was published in 2017. The book is set in the 18th century; a time when men and women were engaged in the most extraordinary struggles for political rights. It was an age of excess, of great poverty, war, rebellion and the beginnings of what we call modern life.

My particular interest is in medical history and the development of the charitable hospitals of London; Guy’s, St. Thomas’ and Barts. They all became centres of medical excellence in the 18th century.

Sinclair, my debut novel is set in the London borough of Southwark. It is about a real family of apothecary surgeons who lived and worked there for three generations.

Sinclair is available on Amazon worldwide.