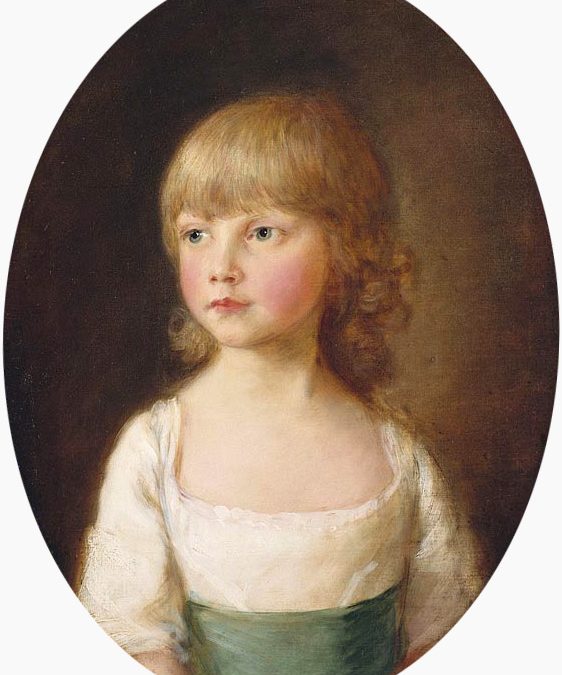 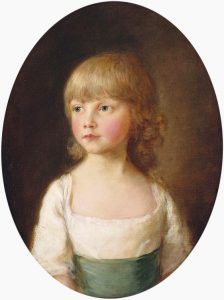 Princess Sophia, aged 5 in 1782 by Thomas Gainsborough. The Royal Collection.

This is the sad story of Princess Sophia. An unworldly and shy woman who was seduced by a man 33 years her senior, gave birth to his illegitimate child and was blackmailed by her son to pay his father’s debts.

According to biographer Christopher Hibbert, in her young adulthood Princess Sophia, the 5th daughter of King George III, was a “delightful though moody girl, pretty, delicate and passionate.” She was devoted to her father, though she occasionally found him exasperating. She wrote that “the dear King is all kindness to me, and I cannot say how grateful I feel for it.”

The King had told his daughters he would take them to Hanover and find them suitable husbands despite misgivings concerning marriage; he was well aware of his sisters’ experience. His eldest sister, Augusta had never fully adapted to life in Brunswick after her marriage to Charles William Ferdinand, Duke of Brunswick-Lüneburg, Prince of Brunswick-Wolfenbüttel. She did not like the German court and they did not like her. Her situation was made worse by the fact that her eldest sons were born with disabilities.

George’s sister Caroline had suffered a far worse fate; at the age of 15, she was married to her cousin, Christian VII of Denmark in 1766. A year later her husband abandoned her for his mistress Støvlet-Cathrine publicly declaring that he could not love Caroline because it was “unfashionable to love one’s wife”. Caroline was left neglected and unhappy as her young husband sank into a mental stupor of paranoia, self-mutilation, and hallucinations. 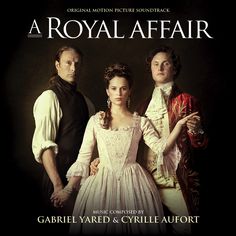 She took comfort with her husband’s doctor, Johann Friedrich Struensee, and Enlightenment man who ran Denmark with the half-crazed King introducing widespread reforms. The affair between Caroline and Struensee resulted in Caroline giving birth to his child, her divorce, and Struensee’s execution in 1772. Caroline, retaining her title but not her children, eventually left Denmark and passed her remaining days in exile at Celle Castle in Hanover. She died there of scarlet fever on 10 May 1775, at the age of 23.

George was unable to keep his promise due to his own ill health but when Sophia was born the King went to Parliament to negotiate allowances for his daughter and his younger sons. Like her siblings, Sophia was to receive an allowance of £6,000 a year either upon her marriages or the king’s death. This would have made her an attractive marriage prospect but Sophia ruined what prospects she had when she met and fell in love with one of her father’s equerries, Colonel, Thomas Garth, a man thirty-three years her senior.

Garth had a large purple birthmark on his face, causing Sophia’s sister Mary to refer to him as “the purple light of love.” Courtier and diarist Charles Greville, on the other hand, described him as a “hideous old devil,” and one of her ladies-in-waiting wrote, “the princess was so violently in love with him that everyone saw it. She could not contain herself in his presence.” 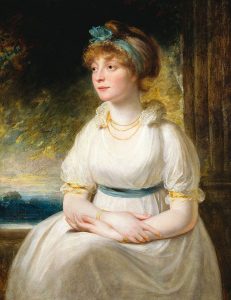 Sophia never married and remained at court until her mother Queen Charlotte died. After the queen’s death, Sophia lived in Kensington Palace next to her niece Princess Victoria of Kent, the future Queen Victoria. Like her sister-in-law the Duchess of Kent, Sophia fell under the spell of Victoria’s comptroller Sir John Conroy and let him manage her money. The lonely and unworldly Sophia fell under Conroy’s spell and he used her affection to rob her.

Her son, Tommy Garth of the 15th Hussars (1800-1873), learned of his true heritage when his father thought he was on his deathbed in 1828. With the family deep in debt, he tried to blackmail the royal family with evidence of his mother’s true identity. As historian Flora Fraser writes, all parties played unfairly. The royal family offered young Garth £3,000 for his box of evidence; they took the box but did not pay him so he went to the papers. The press dug up the gossip concerning the possibility of the Duke of Cumberland being his true father making the latter part of Sophia’s life very difficult. 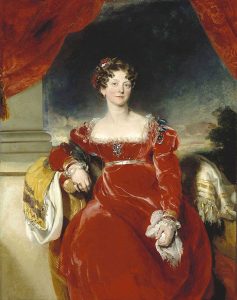 Princess Sophia, 1825 by Thomas Lawrence in The Royal Collection.

Charles Greville summed Sophia up with he wrote in his diary in May 1848, shortly after she died: “Princess Sophia died a few days ago, while the Queen [Victoria] was holding the Drawing-room for her Birthday. She [Sophia] was blind, helpless, and suffered martyrdom; a very clever, well-informed woman, but who never lived in the world.” 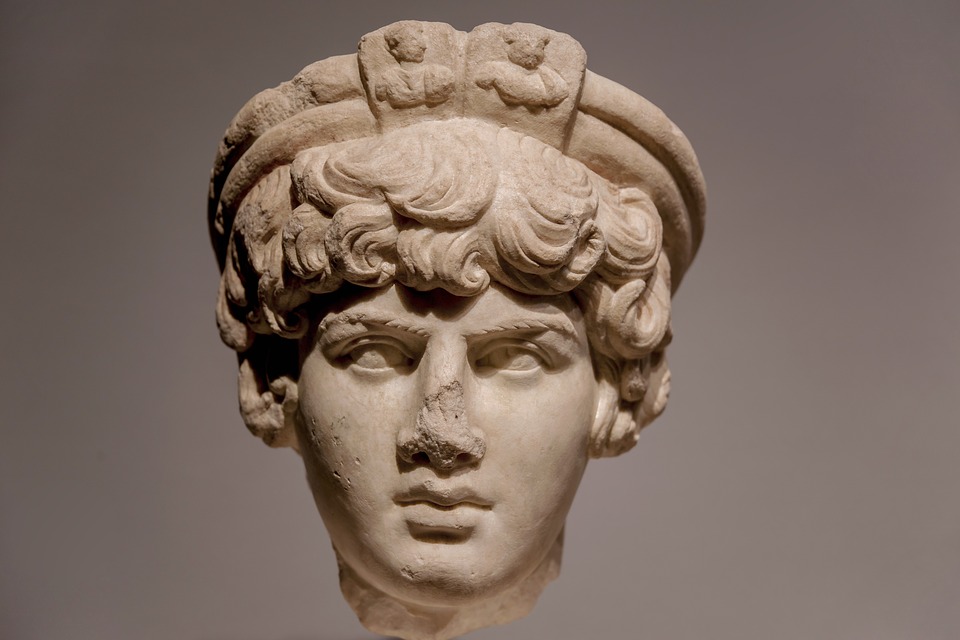 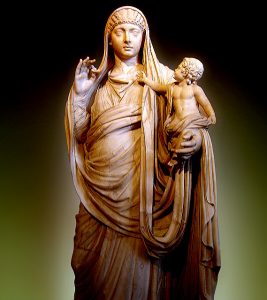 The Real Messalina wearing the clothes of a Roman matron holding her son Britannicus.

Messalina was born around 20 AD. She was a cousin of Nero and Caligula and became Empress when she married Claudius.

Little is known for certain about the life of Messalina, other than her descent through both parents from Octavia, Augustus’ sister and her claim to be the mother of Claudius’ children Britannicus and Claudia Octavia.

Along with Augustus’ daughter Julia (who he had banished for sleeping with so many different men), Messalina is probably one of the most notoriously promiscuous women of Rome. But, does she deserve her reputation?

In 37 AD, Messalina married Claudius, who was at least 30 years older than her. At this time Caligula was still Emperor. Claudius we are told by Roman historian  Suetonius doted on Messalina, and after he became Emperor, Messalina used his affection for her to get whatever she wanted from him.  Suetonius tells us that Messalina used her sexual allure to get her way with her aging husband too. Tacitus tells us she ordered that Claudius exile or execute anyone who displeased her or who she felt threatened by. Unfortunately, according to her detractors, this was a good number of people.

Suetonius paints a picture of a weak Emperor, Claudius, a man who was easily manipulated by his wife. The account of Messalina competing with a prostitute to see who could have sex with the most people in one night was first recorded by Pliny the Elder. Pliny says that, with 25 partners, Messalina won. The poet Juvenal tells in his sixth satire that the Empress used to work clandestinely all night in a brothel under the name of the She-Wolf

Messalina’s most famous affair is the one she had with the senator Gaius Silius. It is said she told Silius to divorce his wife, which he did and that they planned to kill Claudius and make Silius Emperor. When Claudius found out about his wife’s behaviour and plots Suetonius is of the opinion that he should have ordered her death, but instead the stupid doting old man gave her another chance. Too weak and feeble to kill Messilina himself Suetonius as Claudius’ chief of the Imperial Guard do it instead. Suetonius says that when Claudius heard what had happened he simply asked for another chalice of wine. The Roman Senate then ordered a damnatio memoriae so that Messalina’s name would be removed from all public and private places and all statues of her would be taken down.

The problem for Messalina is that the Roman historians who relayed these stories about her, principally Tacitus and Suetonius, wrote them some 70 years after the events in a hugely hostile political environment where everything related to the imperial line to which Messalina had belonged was being trashed. Suetonius’ history is a great read but it is largely anti-Julio-Claudian scandal-mongering – they all get a bad press from him. Tacitus claims to be transmitting ‘what was heard and written by my elders’ without naming sources other than the memoirs of Agrippina the Younger, who had arranged to displace Messalina’s children in the imperial succession and was therefore particularly interested in blackening her predecessor’s name.

Messalina is portrayed by Tacitus as a scheming, manipulative and greedy liar who has no compunction in bringing down innocent people who she dislikes or who get in her way. Suetonius paints her as a whore and a woman who sleeps with lower class men – either way, she likes her sex rough and dirty which is not the hallmark of a respectable Roman matron let alone an Empress. What passes for history when it comes to Messalina is political and social annihilation. Accusations of sexual excess were and still are a tried and tested smear tactic against women. In this case, they were the result of politically motivated hostility. We know that when her affair with Gaius Silius was uncovered she did the very Roman thing of committing suicide in the company of her estranged mother; she was not killed by Claudius’ guards.