Sinclair is great for Book Groups because it has lots of interesting characters and lots of ideas to discuss.

The story begins with Edinburgh surgeon James Sinclair  and Captain Frank Greenwood of the Bengal Army on board the ill fated ship the Sherwell. They are on their way to India to make their fortunes.  When the storm of the century blows in January 1786 James and Frank are two of few survivors from the wreck. With everything they own at the bottom of the sea James and Frank are forced back to London. They are both traumatised by the storm and financially they are at rock bottom.

While Sinclair and Greenwood are struggling with the fury of the ocean Charlotte Leadam is on her way back to London from Yorkshire. She had left her home in Tooley Street with her husband and son before Christmas to visit in-laws in Yorkshire. While they were away her husband became ill and died. Now she is a young widow with a teenage son. She has inherited her husband’s apothecary shop and his debts. The problem is she cannot run the apothecary shop without a licensed surgeon or apothecary in residence and as a woman she the authorities will never grant her one no matter how good an apothecary she is.

Thus, Charlotte finds herself emotionally exhausted and struggling to survive.  While she is considering what to do her  ambitious mother engages Mrs Peacock, a banker’s wife from the City, to find her daughter a financially advantageous marriage.

When Charlotte meets Sinclair they take an instant dislike to each other. But later Charlotte sees that they might be able to help each other. The pair strike a bargain and Sinclair proves to be a caring and astute doctor. He trains his apprentices well and is good for business.

Living in the attic rooms over the apothecary shop the lives of Sinclair and Charlotte become enmeshed. Consequently their feelings for one another grow. All seems well until Iona McNeal, the woman Sinclair once loved, appears unexpectedly in London. Then their selfish behaviour threatens them all.

With his hopes of a relationship with Charlotte dashed Sinclair reaches his lowest ebb. He descends into melancholy and drink. He want’s to reclaim Charlotte’s love but he does not know how. The opportunity to redeem himself occurs when he help to save her family in Yorkshire from disaster but Charlotte is so angry with him she does not acknowledge what he has done.

The moment of catharsis comes when Sinclair is injured and Charlotte comes to his aid.

The politics of class and poverty in 18th century London are vividly described in this story of ambition, love and betrayal. The period is beautifully bought to life through Julia’ detailed research and fast moving story telling. The history of medicine is told hand in hand with a story of love, sexual desire and emotional betrayal in London, Yorkshire and Edinburgh.

Buy your copy of Sinclair TODAY 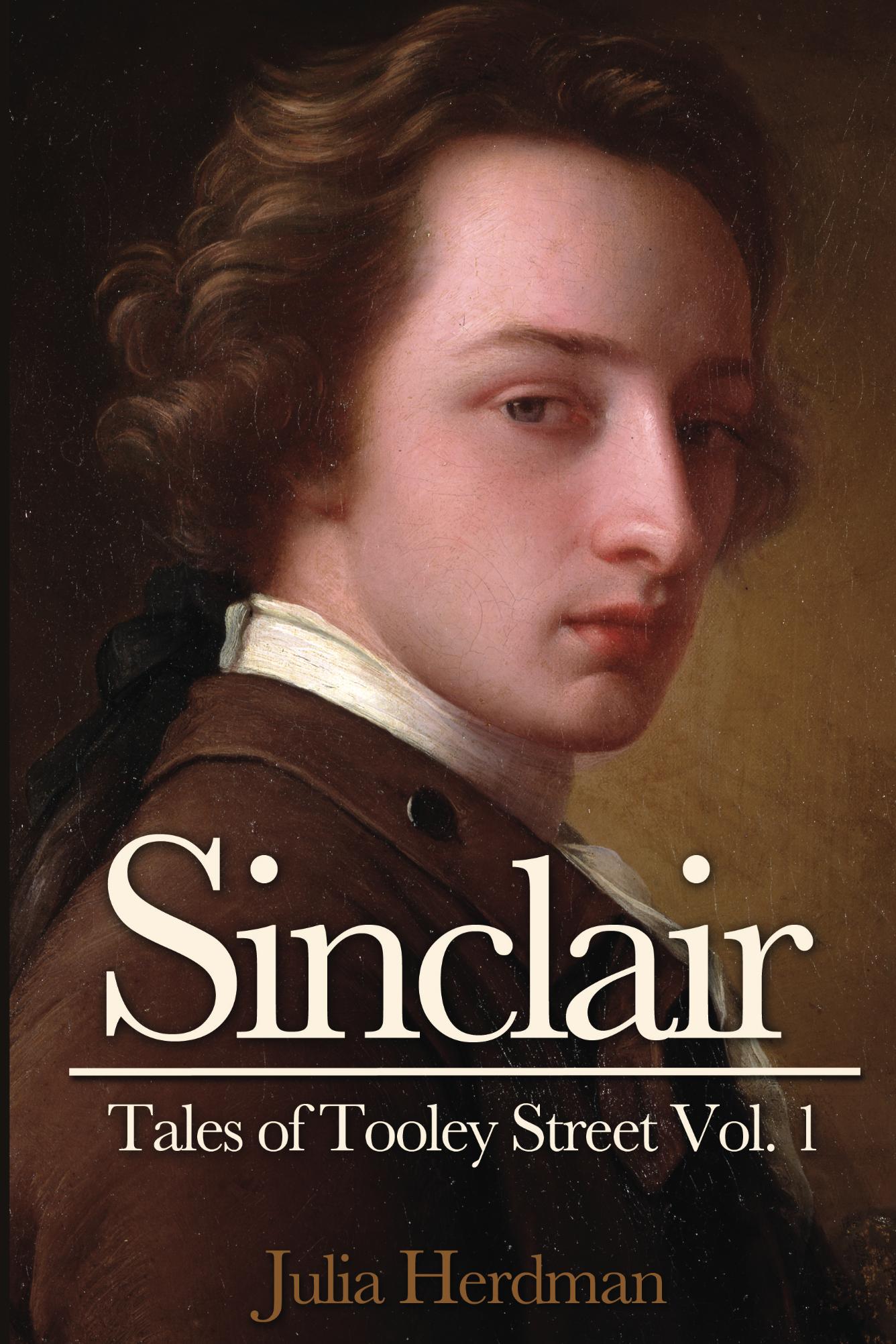 Click here to down load a PDF version of these questions.