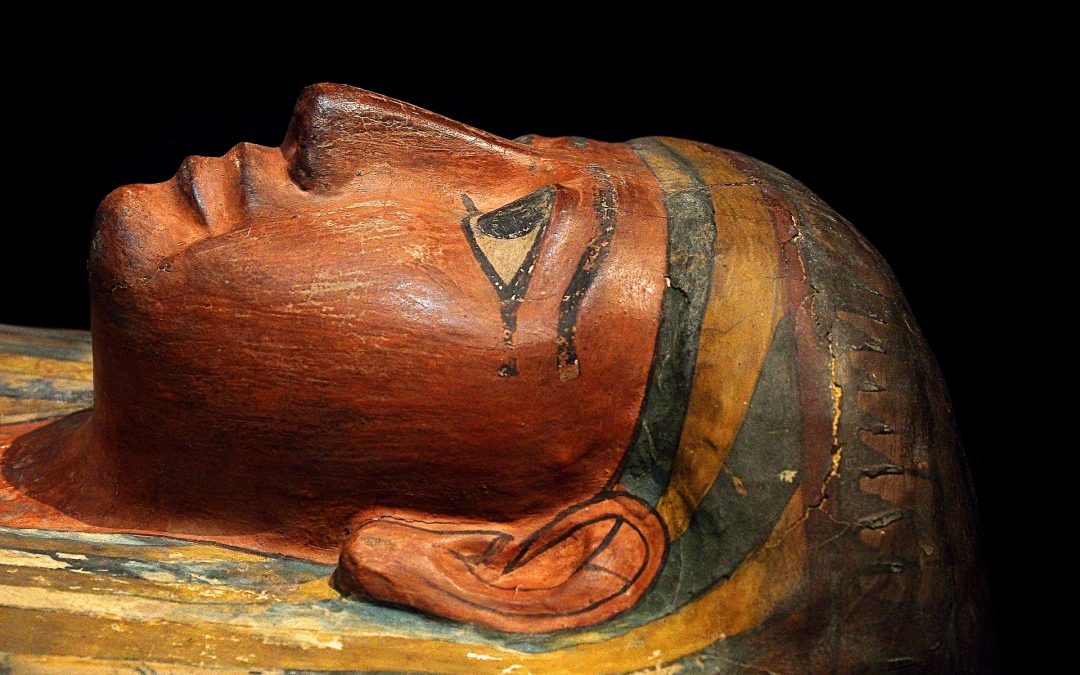 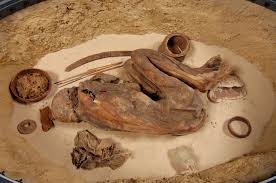 The practice of embalming aimed to improve on what nature could do on its own, and it was considered essential to mummify a Pharaoh. Early mummification involved the wrapping of specific parts of the body such as the face and hands. The best literary account of the mummification process is given by Herodotus, an ancient Greek historian. He records that the entire process took seventy days. There were 30 days of evisceration and drying and 40 days of perfecting with stuffing and embalming with oils. 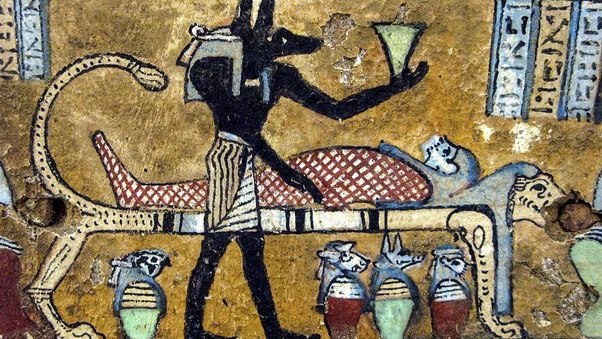 Anubis, with the deceased on the lion bed of resurrections, beneath the four canopic jars face right, Anubis offers a libation.

Anubis was the god responsible for embalming, especially for the Pharaoh. The Pyramid Texts describe Anubis as the Pharaoh’s (Osiris’s) embalmer. “His entrails having been washed by Anubis; the services of Horus having been served in Abydos, [even] the embalming of Osiris” It is clear from this passage that the god Anubis had responsibility for washing the viscera of the deceased king. Egyptologist Bob Brier (1996) has suggested that embalming took place in a tent that was erected on the top of a hill away from the unpleasant smell that resulted from the process of treating the dead bodies. This suggestion is based on the titles of god Anubis that often occur in the offering formulae and the Pyramid Texts “Anubis, who presides in the sh-ntr” (896c), his tent. “He who is upon his hill (tp dw.f). the sh-ntr, which is translated as a “divine booth” (Wb. III, 465), was the place where the bodies of the kings were purified. The tent is described in various texts. it had a number of rooms, the central part of the tent was the place where the purification procedures were carried out. The doorways were shown as closed wooden doors (Merrewka), or curtains as in the tomb of Qar, or they were left open as in the tomb of Idu. There was a central ramp: In each tent, there was a central ramp, which connected the tent to a water channel. 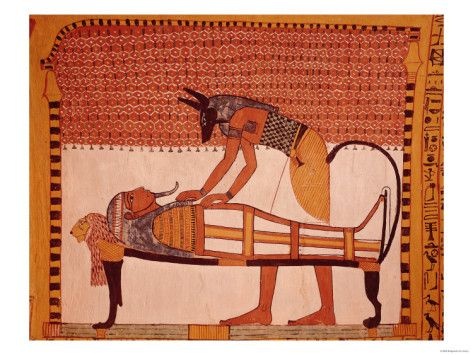 Anubis mummifies the Pharaoh in his tent.

To mummify the body, the internal organs, apart from the heart and kidneys, were removed via a cut in the left side. The organs were dried and wrapped and placed in canopic jars, or later replaced inside the body. The brain was removed, often through the nose, and discarded. Texts suggest that the heart was removed during the Old Kingdom, although there is no proof this from the physical bodies. In a passage in the Pyramid Texts, the heart is removed from the body. The passage (1162a), which might be referring to putting a heart amulet in place of the original heart, reads: “To say: my father made for himself his heart, after the other (heart) was taken from him” In this passage, the word “other” could be a reference either to the god giving another heart to the deceased, or providing a heart amulet in its place. 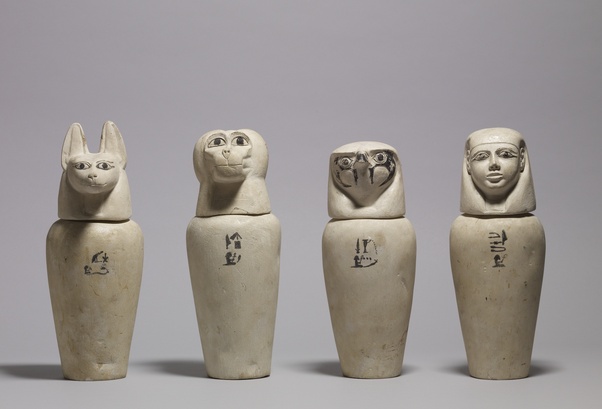 Bags of natron or salt were packed both inside and outside the body and left for forty days until all the moisture had been removed from the remaining body tissue. The body was then cleansed with aromatic oils and resins and wrapped with bandages, often household linen torn into strips. Between the layers of wrapping, the embalmers place amulets to protect the deceased. Heart scarabs were placed in the wrappings with the mummy. They had spells carved on them to protect the deceased person’s heart from being lost or separated from the body in the underworld.

Scientific analysis of mummies using processes such as X-ray and CT scanning has revealed a wealth of information about how individuals lived and died. It has been possible to identify conditions such as lung cancer, osteoarthritis and tuberculosis, as well as parasitic disorders.

Mummification in The Old Kingdom By Ahmed Saleh