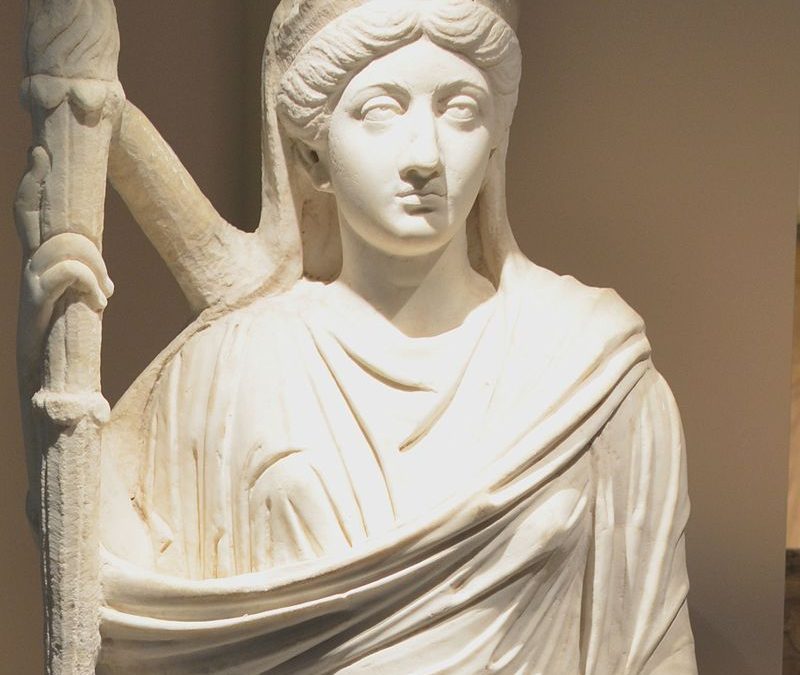 The tragic Annia Aurelia Galeria Lucilla was born around 150 AD.

Her father was the Roman Emperor Marcus Aurelius, her mother the Empress Faustina the Younger. Lucilla was the elder sister of Emperor Commodus. A character loosely based on Lucilla was the love interest to Russell Crowe in the block buster film Gladiator in 2000. The film was directed by Ridley Scott. In the film the character based on Lucilla was played by the Danish actress Connie Nielsen. Crowe portrays the Hispano-Roman general Maximus Decimus Meridius, the man  betrayed by Commodus. Reduced to slavery, Maximus rises through the ranks of the gladiatorial arena to avenge the murders of his family. That, of course, was fiction.

The real Lucilla was married her father’s co-ruler Lucius Verus in 164 when she was 14. Marriage at such a young age was normal in the Roman world. Early marriages led to an astonishingly high death rate among the aristocracy. Even today a woman  getting pregnant in her early teens runs higher risks than a more mature woman. Her husband was 18 years her senior. Upon marriage, she received the title of Augusta and became a Roman Empress. Together they had three children: Aurelia Lucilla was born in 165 in Antioch, Lucilla Plautia and Lucius Verus. Aurelia and another boy died young. After Lucius Verus died, in 169, her father arranged a second marriage for her. This time it was to Tiberius Claudius Pompeianus Quintianus, a Syrian Roman who was twice consul and his political ally. Quintianus was at least twice Lucilla’s age. They were married in 170, and she bore him a son named Pompeianus.

The Roman Historian Cassius Dio wrote that Commodus ‘was not naturally wicked, but, on the contrary, was as guileless as any man that ever lived. He was simple and cowardly and a slave to his companions. He developed cruel and lustful habits. Commodus was nineteen years old when his father died. He had advice from his many guardians in the Senate, which he steadfastly ignored. He hated all exertion and craved the comfortable life of the city.’[1] Commodus’ behaviour became increasingly disturbing as the years went by. Lucilla hatched a plot to kill and replace him with her nephew her daughter, and two cousins; one of which was Marcus Ummidius Quadratus Annianus who wasmost probably her lover.

Lucilla planned to take over as empress, but as her nephew attempted to stab Commodus, he shouted, “Here is the dagger the Senate sends you!”

The plot was foiled and Commodus was spared. The male members of the plot were immediately put to death, while Lucilla, her daughter, and cousin were banished to Capri. However, they did not escape death for long, Commodus had them executed a year later, in 182 AD.

Her novel Sinclair is available of Amazon. Click here to get your copy.