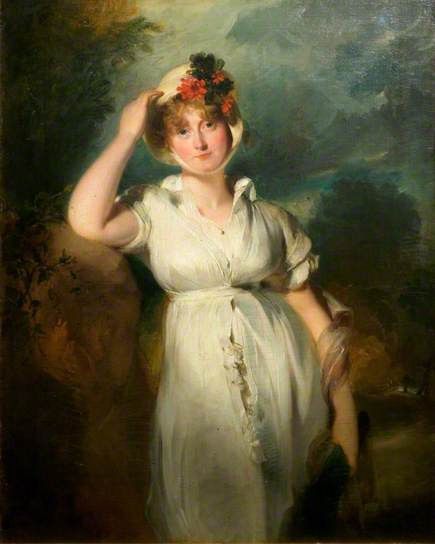 In 2013 novelist Hilary Mantel wrote in an article in the London Review of Books. The subject of the article was giving a book to someone. The book she chose was published in 2006 and was by the cultural historian Caroline Weber. The book was called Queen of Fashion: What Marie Antoinette Wore to the Revolution and she chose to give it to Catherine Duchess of Cambridge.

“It’s not that I think we’re heading for a revolution,” said Mantel. She was concerned that Kate was becoming a jointed doll on which certain rags were hung. “Marie Antoinette was a woman eaten alive by her frocks,” says Mantel. “She was transfixed by appearances and stigmatised by her fashion choices.

Politics were made personal in the tragic French Queen. Her greed for dresses and self-gratification, her half-educated dabbling in public affairs, were adduced as a reason the French were bankrupt and miserable. It was ridiculous, of course. She was one individual with limited power and influence, who focused the rays of misogyny.

Marie-Antoinette was a woman liked to dress to impress but she couldn’t win. If she wore fine fabrics she was said to be extravagant. If she wore simple fabrics, she was accused of plotting to ruin the Lyon silk trade. But in truth, she was all body and no soul: no sense, and no sensitivity.

The Queen was so wedded to her appearance. As the royal family tried to escape Paris she did not leave her wardrobe behind instead she had several trunk loads of new clothes sent on in advance and took her hairdresser along for the trip. Despite the weight of her mountainous hairdos, she didn’t feel her head wobbling on her shoulders. When she found herself back in prison it is said her hair went grey overnight.

Of course, the Duchess of Cambridge is no Marie-Antoinette. She is a modern, educated woman who has married for love but Mantel is right about royal women of the past and strangely prophetic in describing what has happened to Kate in the press recently. Duchess of Drab! wrote Sarah Vine in the Daily Mail on 8th April 2016, “It’s the mystery of the cosmos… How DOES a beautiful woman make designer outfits look so frumpy?”

Unlike her late mother-in-law, Diana Princess of Wales, Kate has not courted fashion or the press a crime she will pay heavily for I suspect but as a woman with a mind, she probably knows she’s damned if she does and damned if she doesn’t. If she courts fashion and sex appeal, she will be lambasted and lauded like tragic Diana, if she doesn’t she’ll remain a dowdy, uptight mouse.

In this respect, Kate is like so many royal women in the past who receive only a passing reference in mainstream history books. When Kate ventures out to visit some charity or other on her own she is lauded patronizingly by the newscasters as if they were talking about a child. Surely, it’s not hard for a woman in possession of one of the country’s most expensive educations and a good university degree to talk to children or politicians for a half an hour after a briefing by Palace aids!

The Duchess of Cambridge is just the most recent in a line of royal women living out their lives in gilded cages. The difference between Kate and her Georgian forbears is that she has chosen her life and consciously sacrificed her private life and career for love. This was not a luxury afforded to princesses in the past.

This summer Meghan Markle was criticised for a pale pink off the shoulder dress she wore to her first Trooping the Colour ceremony. The sleeveless dress caused a Twitter storm with Tweeters slamming the look as “inappropriate” for Queen Elizabeth’s annual birthday parade.

Disney may believe every girl wants to be a pastel packaged franchise of a slender-waisted fairy-tale princess but if they knew what most princesses went through in the past and even today they would not be so keen to join their ranks. It’s not all about the dress. The truth is many of these women were child brides, exchanged by their families to secure some dynastic advantage or to settle political deals; personal happiness and fulfilment were never part of the transaction.