Nabobs of the North 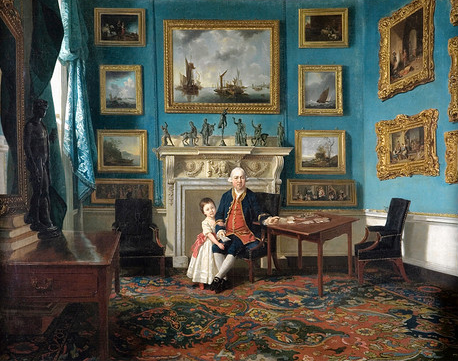 This blog is about the Dundas family.; a family that would make it big in 18th century Scotland and yet they would always be outsiders.

Bankers and men of property are some of the richest men on the planet today. Their relationship with governments and the democratic process is a battle for power fought in a war of attrition between the bankers’ desire to operate freely and governments’ desire for responsibility through regulation. Richer than countries and certainly richer than elected heads of state the influence of these multi-billionaires is profound but this is not a new phenomenon as the story of the Dundas family reveals.

The Dundas family were one of Scotland’s leading landowners but it fell on hard times during the failed Scottish rebellions: Head of the clan, William Dundas of Kincavel was imprisoned for his part in the 1715 Jacobite rebellion and many of the Dundas estates were forfeited to the British Crown after the 1745-1746 Jacobite rebellion.

Their humbler relatives were landless and urban living and working in trade and the newly emerging professions in Edinburgh. Lawrence Dundas, the first of great Dundases was the younger son of the landless branch of the family. His father, Thomas owned a drapery shop and woollen business in the Luckenbooths, a range of tenements which formerly stood immediately to the north of St. Giles’ Kirk in the High Street of Edinburgh. 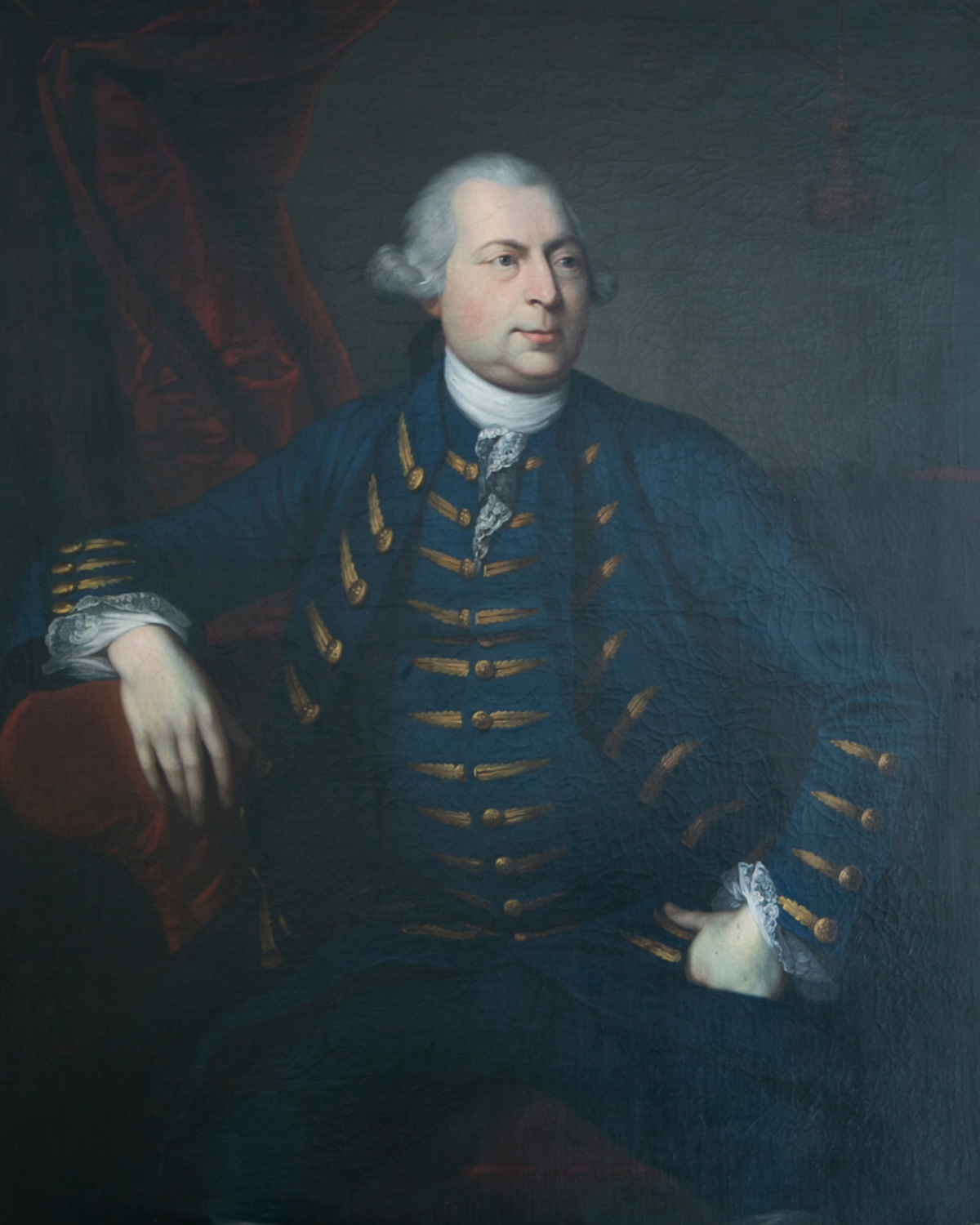 Sir Lawrence Dundas (1710-1781) known as the “Nabob of the North” even in his own lifetime was one of the new breed of men who made their fortune through servicing what we call the public sector today. He used the money he earned in the service of the King to invest in property and banking. He was the forerunner of many successful money men today who provide governments with armaments and supply multi-million-pound government contracts.

Lawrence left his father’s business and set up in as a merchant contractor and with his friend James Masterton, he obtained contracts to supply the army of the Duke of Cumberland in the 1745 rebellion. Being successful with Cumberland further work came his way. His greatest money making opportunity came during the Seven Years War (1756-1763) when he secured even greater contracts to supply the armies of the anti-French allies in Europe and Canada. It was not all plain sailing though. He ran into trouble with Thomas Orby Hunter, the commissaries of control, and Prince Ferdinand of Brunswick-Lüneburg the German-Prussian field marshal (1758–1766) who led the Anglo-German army in Western Germany. who, according to Prime Minister Walpole, threatened to hang him for late fulfilment.

James Boswell claimed Lawrence Dundas brought home, ‘a couple of hundred thousand pounds’ from that war but some historians estimate actual figure was nearer to £2 million the equivalent of more than £200m in today’s money which put him in the class of a billionaire today.

Route of the Forth and Clyde Canal

He completed the development of the port of Grangemouth in 1777, which linked his other major investment the construction of the Forth and Clyde Canal to the sea. Dundas ran the canal through his estate, of Kerse House, near Falkirk, he was a canny operator.

Like Billionaires today who build themselves lavish houses in places like the Hamptons, Dundas set about building himself a few mansions. He built what Scottish writer Hugo Arnot described as “incomparably the most handsome townhouse we ever saw,” in St. Andrew Square, Edinburgh. Designed by Sir William Chambers, it became the headquarters of the Royal Bank of Scotland in 1825. 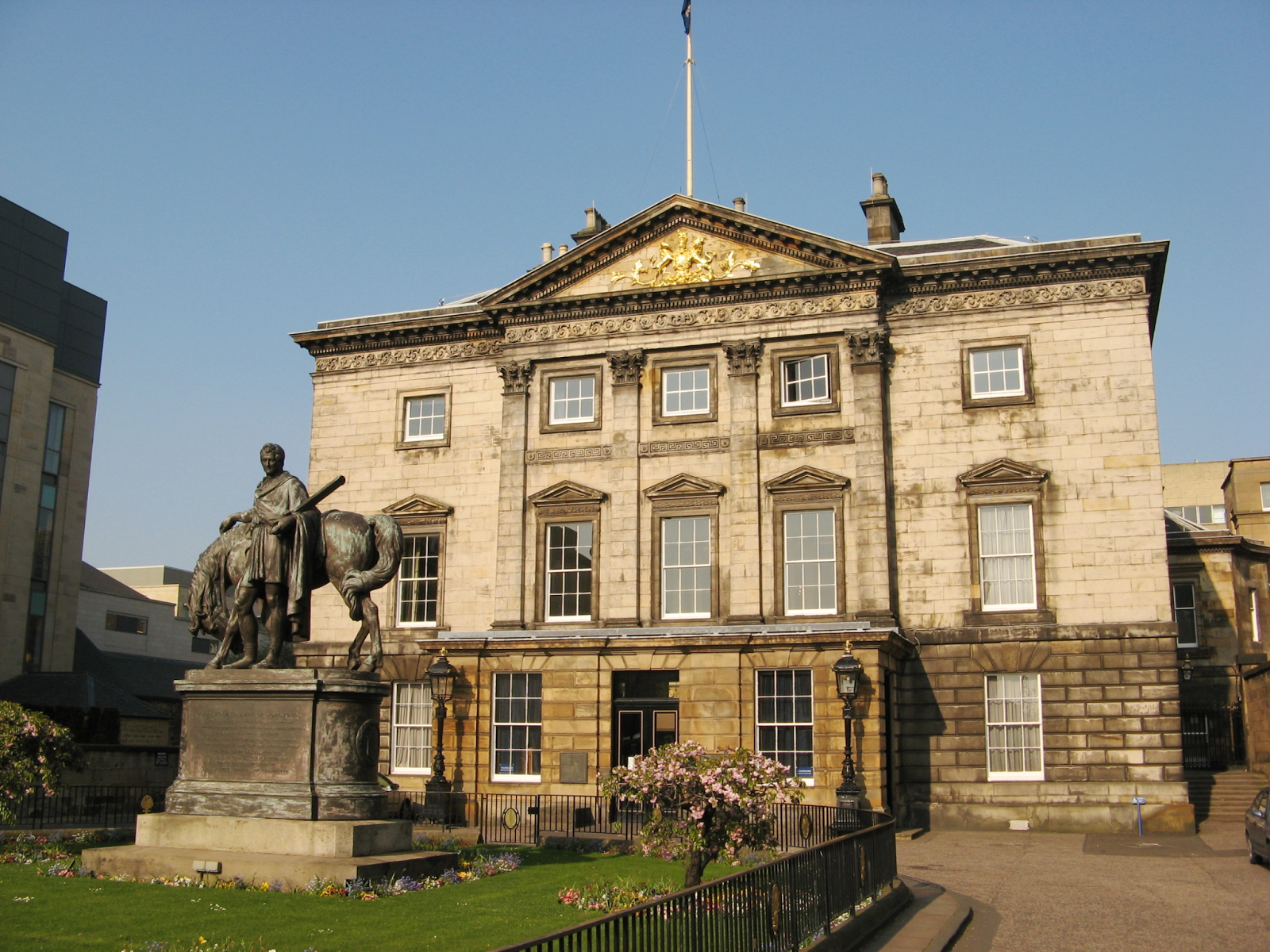 Head Office of the Royal Bank of Scotland

In 1754 he made his second attempt to gain a seat in Parliament. He lost but not before he had spent a fortune on bribes which was the 18th century way of currying favour with the electorate and he was disappointed again in 1761 election. Having failed to get a seat he turned to his friend Lord Shelburne for help. On 19 August 1762 Shelburne wrote to Henry Fox: ‘Dundas, the Nabob of the North, writes me to desire I’ll get him made a baronet.’ On 20 October Dundas duly received his baronetcy.

With his baronetcy in hand, he made his move south but not without comment. He bought the Aske Estate, near Richmond in North Yorkshire in 1763 from Lord Holderness for £45,000 and proceeded to enlarge and remodel it in Palladian taste by the premier Yorkshire architect, John Carr, who also designed new stables for him. 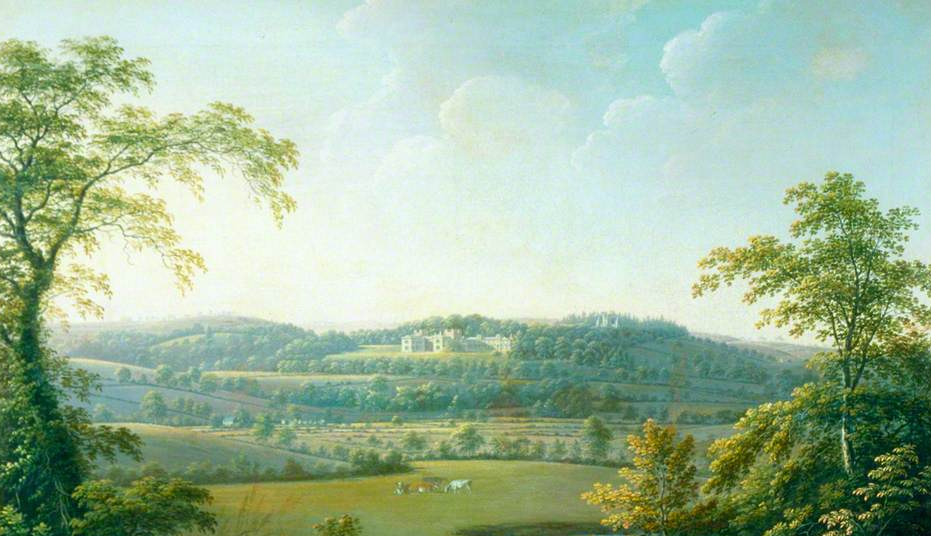 On 3 May 1763 Lord Hardwicke wrote to Lord Royston,”Sir Lory Dundas, who extends his conquests from North to South, has purchased Moor Park from Lord Anson’s heirs for £25,000 for which he ordered a set of Gobelins tapestries with medallions by François Boucher and a long suite of seat furniture to match, for which Robert Adam provided designs: they are among the earliest English neoclassical furniture. A few months later he bought Lord Granville’s London house for about £15,000.

From 1766 Dundas set about securing his political influence in Scotland. In July that year be he purchased the Orkneys and Shetlands from the Earl of Morton for £63,000, thereby obtaining the parliamentary seat for his brother, he obtained Stirlingshire for his friend Masterson, Linlithgowshire and Fife went to another friend James Wemyss, the Yorkshire seats of Richmond were given to two proxies Norton and Wedderburn to be controlled directly by Dundas himself; the seat for Edinburgh he kept for himself. His ‘purchase’ of these seats secured him 8 or 9 votes in the Commons which he was willing to be courted by both Government and opposition alike but generally, he voted in support of the Hanoverian king. 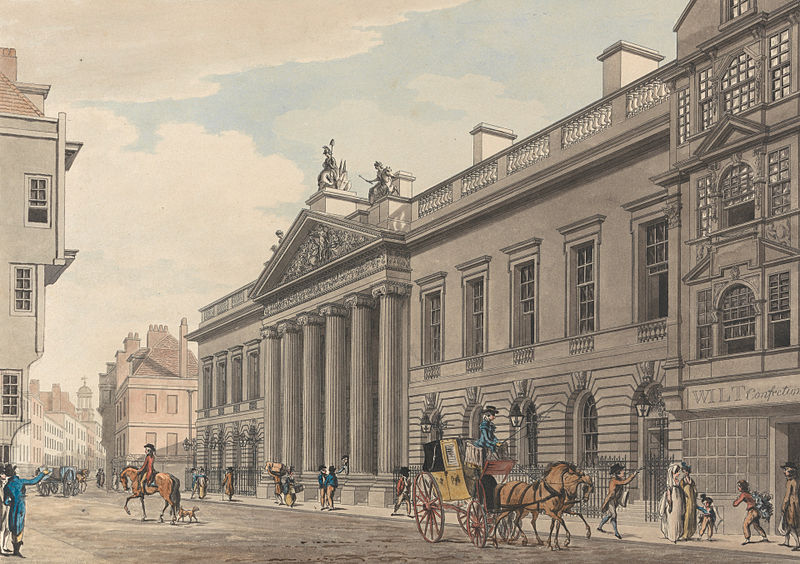 Although Dundas never obtained high office either for himself or his followers it was generally believed that ‘without the name of Minister’ he had ‘the disposal of almost everything in Scotland’ and in the East India Company. The Duke of Queensberry or Lord Marchmont got most of the appointments available in Scotland through his influence but many he saved for himself. As governor of the Royal Bank of Scotland, 1764-77, he exercised great influence in the financing of new projects, notably his own project, the Forth and Clyde canal, while he worked in Parliament to prevent his rival, Lord Argyll, developing the Glasgow and Clyde Canal. He also provided government supporters with shares in the East India Company to boost their wealth to meet the selection criteria in the 1770 election.

But as the 1770s progressed Sir Lawrence’s star was dimming. His new rival came not from the aristocracy but from a distant family connection Henry Dundas, with whom Sir Lawrence’s family had long been on bad terms. 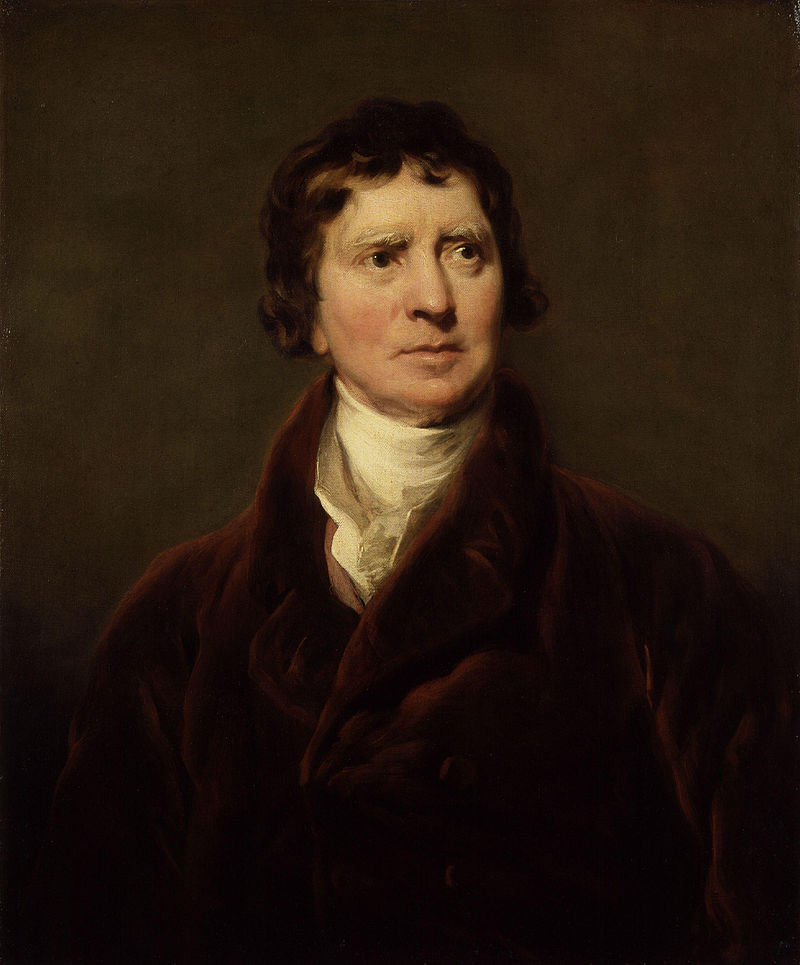 Henry was a skilled lawyer and was as unscrupulous as Sir Lawrence when it came to politics and the two would wage war on each other’s interests in Scotland and the East India Company through their proxies until Lawrence died.

Henry rose quickly through the Scottish legal system and became a Member of Parliament in 1774. The two men were arch enemies. Henry was more than a match for the older man when it came to politics. After holding subordinate offices under William Petty, 2nd Earl of Shelburne and William Pitt the Younger, he entered the cabinet in 1791 as Secretary of State for the Home Department where he successfully held back the abolition of slavery arguing the country made too much money out of it to give it up in a time of war.

Always viewed as an outsider, and as a man more interested in himself than King and country, Sir Lawrence’s influence waned. He never received the peerage he felt he deserved for his support to the King neither did he manage to maintain his family’s political position. He died on 21 September 1781, leaving an estate worth £16,000 p.a. and a fortune of £900,000 in personal and landed property. His son Thomas was elevated to the peerage as Baron Dundas of Aske in August 1794, and was also Lord Lieutenant and Vice Admiral of Orkney and Shetland. In 1892, the family gained the title Marquis of Zetland.

Henry Dundas went onto to be Prime Minister Pitt’s fixer and War Secretary at the outbreak of the Napoleonic Wars. In 1802 he was elevated to the Peerage as Viscount Melville and Baron Dunira and in 1804 he became First Lord of the Admiralty. He introduced a number of improvements there but questions were asked about his financial management of the department which resulted in an impeachment trial for the misappropriation of public funds.

Henry Dundas was an accomplished politician and scourge of the Radicals, his deft and almost total control of Scottish politics through the 1790 when no monarch visited the country, led to him being pejoratively nicknamed King Harry the Ninth, the “Grand Manager of Scotland” a play on the masonic office of Grand Master of Scotland, or the “Great Tyrant” and “The Uncrowned King of Scotland.” Indeed by 1790 Dundas was in Pitt’s own word the ‘indispensable’ coadjutor of his ministry and the prime minister’s friend par excellence. His hold over Pitt seemed to many observers unaccountable: but, “Dundas brought to market qualities rarely combined in the same individual. Conviviality at table: manners frank and open and inspiring confidence: eloquence bold, flowing, energetic and always at command: principles accommodating, suited to every variation in government, and unencumbered with modesty or fastidious delicacy.”(1) 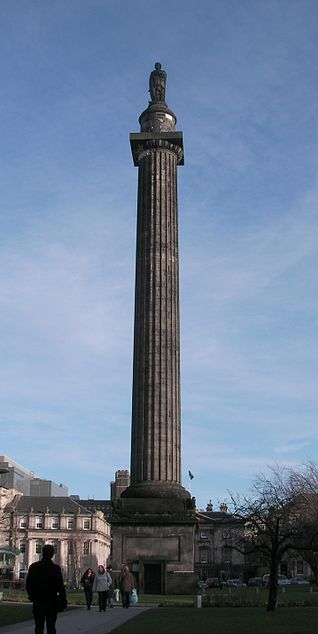 But Henry over stepped the mark and was accused of withdrawing money from the Bank of England and placing it in his own account at Coutts for speculation, primarily in the East India Company. Although Dundas lost his job as Minister Treasurer of the Navy in 1783 he was made a member of the Board of Control for India in 1784 and became its President from 1793-1802. During this period he held a number of other political appointments most notably from 1791-1794 as Home Secretary, during which he defended the East India Company from his position as Secretary of War in 1794. When it came to his trial his prosecutors found he had conveniently destroyed all his records so the case was largely based on the testimony of his accusers. Lacking any material evidence Dundas could only be formally censured by the House of Commons Henry and was acquitted 1806, but he never held public office again.

Henry is commemorated by one of the most prominent memorials in Edinburgh, the 150-foot high, Melville Monument at St Andrew Square, which stands looking down on the house of his rival Lawrence. The house is now the headquarters of The Royal Bank of Scotland.

In 2008, the UK Treasury had to inject £37 billion ($64 billion, €47 billion, equivalent to £617 per citizen of the UK) of new capital into Royal Bank of Scotland Group plc, Lloyds TSB and HBOS plc, to avert financial sector collapse.