Whistle-blower in the Maternity Ward 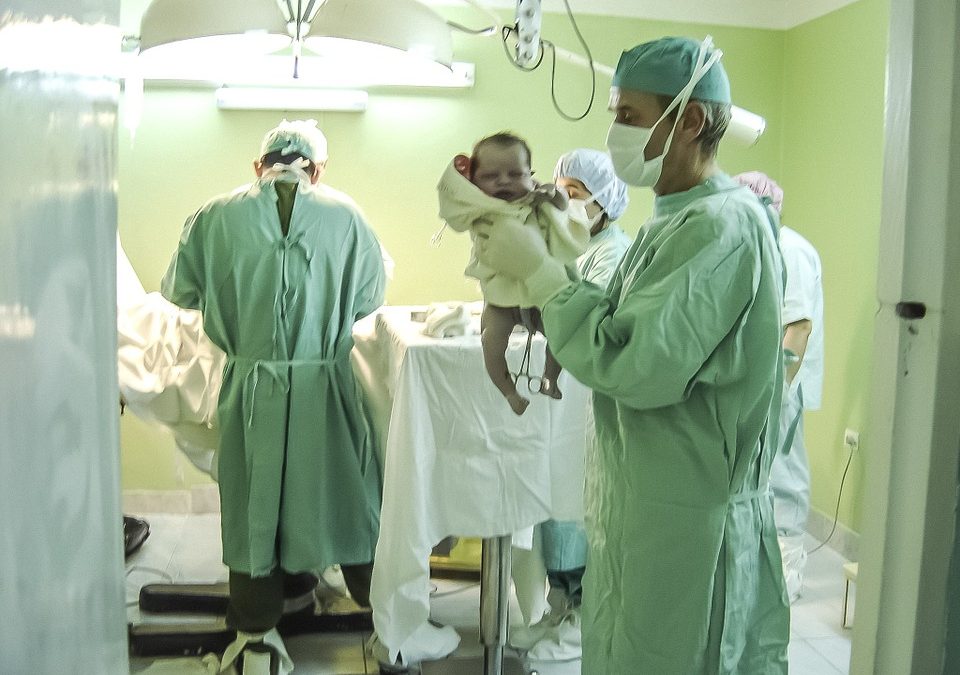 Ignaz Semmelweis was the Hungarian obstetrician and a whistle-blower who spoke out about bad practice in maternity wards. The work done by Semmelweis all but removed puerperal fever, commonly known as Childbed fever, from the maternity wards he worked in. He was not the first to try to change the medical practices of his day and like his predecessors, he was to suffer for his outspokenness.

The son of a tenant farmer from Aberdeen was the first modern doctor to realise how the infection was passed from person to person but he had no proof to back up his findings. Alexander Gordon was born in the hamlet of Milton of Drum, eight miles west of Aberdeen in 1752. His twin brother James went on to contribute to the development of farming introducing the Swedish turnip – the swede to Scotland and improving the diet of the Scottish people. James died at the grand old age of 90; his brother Alexander was not so lucky.

Alexander became a medical student and studied at the medical faculty of the University of Leiden in the Netherlands in March 1776. Teaching at the University took the form of topics rather than through learning the writings of the ancient Greek and Roman treatises on medicine. Students learned to exhibit a caring attitude at the bedside and to take meticulous notes.

After his time in Leiden, there is evidence that Gordon attended physicians’ ward rounds at Aberdeen Infirmary, although the city had no formally established medical school. His notes of lectures by Alexander Monro Secundus in the library of the University of Aberdeen indicate that he studied for a time in Edinburgh. After his time in Edinburgh, Gordon joined the Royal Navy, serving as a surgeon’s mate and ship’s surgeon, a move that would have offered the opportunity for adventure but also funding for further medical training before setting himself up in practice.

In April 1785, he retired from the Navy on half-pay and spent nine months in London, as a resident pupil at the Middlesex Hosptial and Store Street lying-in hospitals, where he heard lectures from leading obstetricians and attended dissections and lectures in surgery at the Westminster Hospital. Early in 1786, with an education gained in prestigious medical centres, he returned to practice in his native Aberdeen.

Gordon became a physician to the city Dispensary in February 1786. Here he saw sick people as outpatients or in their own homes, an activity that continued throughout his time in Aberdeen. The keeping of accurate medical records was a hallmark of the Scottish medical Enlightenment. Gordon was required to maintain a log of the dates of each patient’s attendance, their name, age, address, the presenting condition and its outcome; this discipline was to prove important for his later discovery about the spread of puerperal fever.

There were two major outbreaks of puerperal fever in and around Aberdeen while Gordon was there. From his notes, Gordon noticed that mothers living in the villages developed the fever if they were in the care of midwives from the city, where the infection was rife; village mothers attended by country midwives, who had no previous contact with the fever, avoided the disease.

Secondly, in common with what was becoming part of informed medical inquiry at this time, he created a table and noted the appearance of cases in date order, the maternal place of residence, the outcome and crucially, the name of the person who attended the birth. It was immediately apparent that cases of fever began in date sequence after visits by particular midwives. Furthermore, with impressive scientific objectivity, he implicates himself in the transmission, stating: It is a disagreeable declaration for me to mention, that I myself was the means of carrying the infection to a great number of women. This evidence-based discovery long preceded the findings of Oliver Wendell Holmes in 1843 and Ignaz Semmelweissin 1847, whose names are commonly associated with establishing the mode of transmission of puerperal fever.

Gordon’s advice to any physician who had seen a patient with severe fever was to return home and change and fumigate his clothes. By instituting hygiene measures that included hand washing, fumigation of rooms and burning of infected clothing, Gordon was able to claim, ‘In my practice, of 77 women, who were attacked with the puerperal fever, 28 died; so that very near two-thirds of my patients recovered.’ He goes on to quote contemporary reports of puerperal fever mortalities in the range 68–100%. Alexander Gordon died at the age of 47 in 1799. No one had listened to his advice and he had left the job in loved to work once more as a naval surgeon.

Ignaz Semmelweis suffered a similar fate. Semmelweis was not prepared to accept the belief that poison air was killing his patients in the No. 1 labour ward in the Vienna hospital where he worked. Semmelweis believed that the cause of so many deaths in the maternity ward was the nearby post-mortem room. Ward No. 1 was the preserve of doctors and trainee doctors whereas Ward No 2, where the death rate was lower, was the domain of the midwives who did not perform routine autopsies. Semmelweis believed that there had to be a link between the work done in the post-mortem room and the rate of infection in Ward No 1.

In 1847, a colleague of Semmelweis, Jakob Kolletschka, died from septicaemia. He had been cut with a scalpel during an autopsy. Semmelweis attended his colleague’s autopsy and noticed that the lesions on his body were very similar to those on many of the women who had died in Ward No 1. Semmelweis believed that it had been the scalpel that had transferred the ‘miasma’ from the corpse to his former colleague.

Semmelweis ordered that all medical staff in Ward No 1 had to wash their hands in chlorinated lime before visiting a patient and that the ward itself had to be cleaned with calcium chloride. The mortality rate in Ward No 1 dropped dramatically and by 1849, just 2 years after the death of his colleague Kolletschka, death from ‘miasma’ had all but disappeared.

Semmelweis provided his evidence to the medical elite of Vienna. He stated that cleanliness was the way to defeat ‘poison air’ and backed this up with the statistics he had gathered. His views were not part of the general medical beliefs of the time and he was immediately attacked by most senior medical figures – three did support him but none of them had a background in obstetrics. Semmelweis was dismissed from his position and went to live in Budapest. In Ward No 1, the doctors went back to their old ways and fatality rates immediately increased to their level pre-1847.

Semmelweis gained employment at the St. Rochus Hospital in Budapest and applied his findings there. The death rate in the maternity units there dropped drastically. In 1861, Semmelweis published ‘Die Aetiologie, der Begrif und die Prophylaxis des Kindbettfiebers’ (Etiology, Concept, and Prophylaxis of Childbed Fever) – “which stands as one of the epoch-making books of medical history.” (History of Medicine by Roberto Margotta)

The work was filled with a mass of statistics and proved difficult to read. It was met with hostility by the medical profession and many simply mocked its findings. It took another twenty years before his findings were universally accepted. For years many of Europe’s leading medical practitioners believed that childbed fever was a disease of the bowel and that purging was the best medicine for it.

The years of rejection by his colleagues almost certainly took its toll. Semmelweis suffered from severe depression and may have suffered from premature dementia as he became very absent-minded. After the effective rejection of his 1861 work on puerperal fever he wrote a series of ‘Open Letters’ to his main critics in which he openly called them “ignorant murderers”.

In 1865 he was tricked into visiting a mental asylum. When he tried to leave Semmelweis was forcibly restrained and put in a straitjacket. The injuries were such that they became infected and he died two weeks later.

Ignaz Semmelweis died in 1865. He was buried in Vienna. Very few people attended his funeral. In 1891, his body was transferred to Budapest. A statue was only erected to him and his achievements in 1894, nearly thirty years after his death; Alexander Gordon remains almost entirely unknown.

Image: The Knick—Steven Soderbergh’s riveting Cinemax series, which looks inside the Knickerbocker Hospital in Manhattan at the turn of the last century.