Princess Dorothea von Lieven and Metternich – The Prince and the Swan 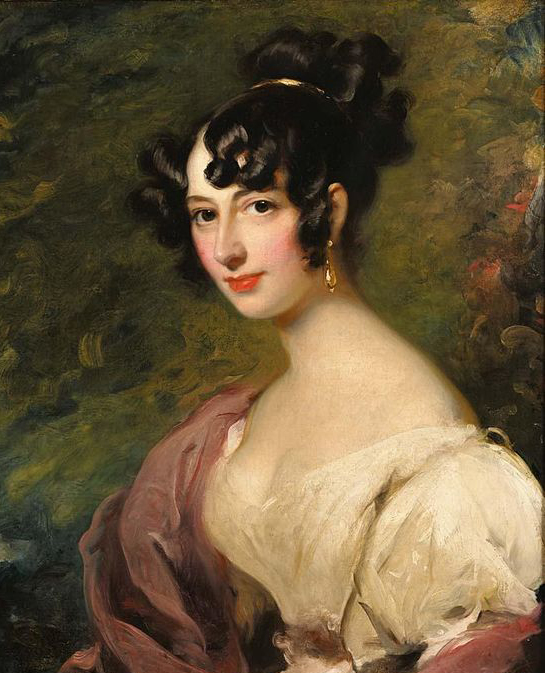 Princess Dorothea von Lieven (1785 – 1857) was the lover of Klemens von Metternich. She was the wife of Prince Khristofor Andreyevich Lieven, Russian ambassador to London from 1812 to 1834.

Considered cold and snobbish by London Society Dorothea was not an instant success when she arrived fresh from the Russian court. Her destiny was however to become the lover of one of greatest men in European history.

Her long elegant neck earned her the nickname, “the swan” by those who loved. She was called“the giraffe” by those who did not. Reputation did not bother her. Dorothea was not after friendship she was after power and she used all her intelligence, charisma, and social skills to get it. Her aim was to influence others to support the Tsar and the Holy Alliance. She was passionate about defeating Napoleon and reestablishment of absolutist monarchy in Europe. Not only did she become the Austrian Chancellor, Prince Metternich’s lover she was also reputed to have had affairs or at least very close friendships with Lord Palmerston, Lord Castlereagh and Lord Grey while she was in London.

Her hard work paid off and soon invitations to Dorothea’s home became the most sought after in capital. She was the first foreigner to be elected a patroness of Almack’s where she is said to have introduced the waltz in 1814. The waltz was a dance considered riotous and indecent. It was first danced when Tsar Alexander came to town in 1814. This was when Dorothea first met Metternich. It seems they took an instant dislike to one another. She thought he was cold and intimidating and far too self- important. He dismissed her as just a pretty woman travelling in the Tsar’s wake and treated her with complete indifference.

Some four years later, the pair met again at the Dutch Ambassador’s party at Aix-La-Chappelle. Sitting next to each other they found they had much in common – they both hated Napoleon. Their notorious liaison began a few days later when Dorothea entered the Prince’s apartment incognito. 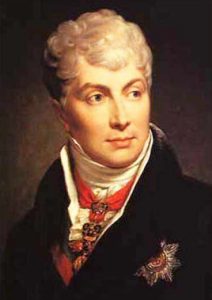 In Metternich, Dorothea had found her equal. The Prince was a man who could satisfy her physically, emotionally and intellectually. She wrote, “Good God! My love, I know how to rejoice in so few things, do you understand what makes me feel true happiness, it is you, only you! My Clement, if you cease to love me what will become of me? … My dear friend promise to love me as much as I love you; our lives are pledged in this promise.”

In Dorothea, Metternich had met the woman of his dreams; she could match his intellect and his passion. He wrote, “My happiness today is you. Your soul is full of common sense your heart is full of warmth … You are as a woman what I am as a man.”

Their heated, clandestine affair soon succumbed to the requirements state. They met occasionally but corresponded frequently. Like many illicit lovers, they were tortured by their separation and the knowledge they could never be together.

Dorothea was well aware of Metternich’s reputation as a libertine seducer. She knew he had a string of women following him and in his bed. She continued the relationship for eight years. Finally, she heard that he had thrown her over for a younger woman. Desolate, she broke off their relationship in 1826. By the end, references to Metternich in her letters were cold and spiteful. Time did not heal her broken heart. She had nothing good to say about him or his third wife when she saw him in Brighton in 1849. she describes him as “slow and tedious” and his wife as “stout and well-mannered.”

She ended her days in Paris as the ‘wife’ of the French politician Guizot. It was said that although she was a widow she refused to marry Guizot because it would mean giving up her title ‘Serene Highness’. This was something the proud and regal woman was never going to do. Like her former lover, she was ancient regime through and through.

Dorothea died peacefully at her home in Paris, aged 71, in January 1857. She is a recurring minor figure in many historical novels, notably those of Georgette Heyer. Heyer portrays her as a haughty, formidable, and unapproachable leader of society. In The Grand Sophy she is described as “clever and amusing”, and there is a passing reference in that book to her role in political intrigues. Metternich died in Vienna two years later aged 86. He was the last guardian of the ancient regime, which had long since passed into history.

Sources:
Dorothea Lieven: A Russian Princess in London and Paris, 1785-1857 By Judith Lissauer Cromwell
The Congress of Vienna: Power and Politics After Napoleon By Brian E. Vick
1815: The Roads to Waterloo By Gregor Dallas
https://en.wikipedia.org/wiki/Klemens_von_Metternich
http://www.eurozine.com/articles/2015-01-28-sluga-en.html