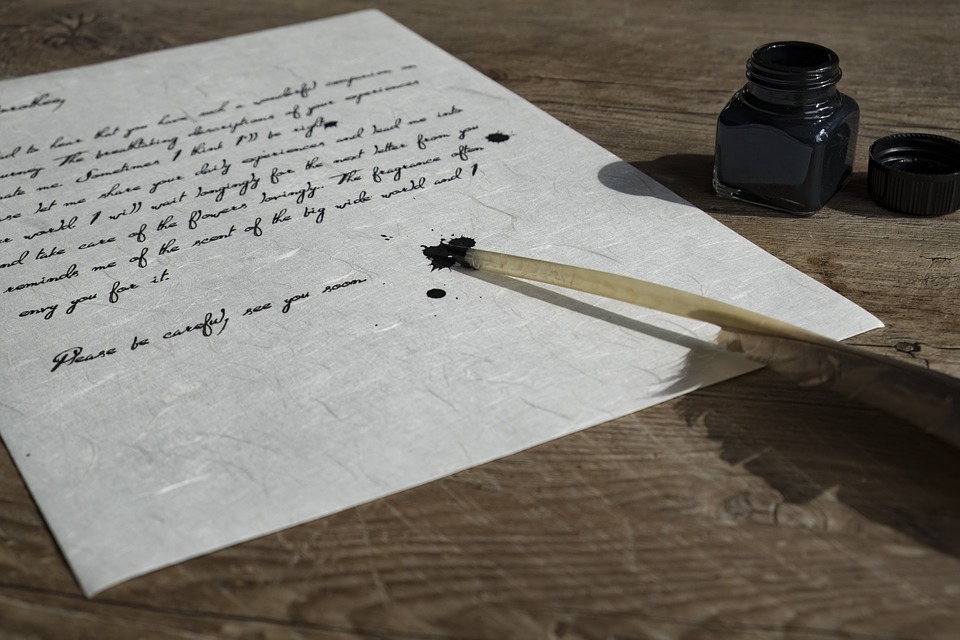 Benjamin Franklin wrote a good love letter. In 1779, Benjamin Franklin fell in love with Anne Catherine Helvétius, the widow of the Swiss-French philosopher, Claude-Adrien Helvétius. He was serving as the U.S. envoy to France at the time.

Courting her attention, Franklin sent her many letters expressing his love, admiration, and passion. In one, he claimed that he had dreamed that their dead spouses had married in heaven and that they should avenge their union by doing the same on earth!

He wrote In another passionate plea: “If that Lady likes to pass her Days with him, he, in turn, would like to pass his Nights with her; and as he has already given her many of his days…she appears ungrateful never to have given him a single one of her nights.”

Boris Pasternak gives his character Dr. Zhivago so pretty racy lines in his letters to his lover Lara.

“Don’t be upset. Don’t listen to me. I only meant that I am jealous of a dark, unconscious element, something irrational, unfathomable. I am jealous of your toilet articles, of the drops of sweat on your skin, of the germs in the air you breathe which could get into your blood and poison you. And I am jealous of Komarovsky, as if he were an infectious disease. Someday he will take you away, just as certainly as death will someday separate us. I know this must seem obscure and confused, but I can’t say it more clearly. I love you madly, irrationally, infinitely.”

I think you’ll agree that’s powerful stuff but how would you feel if you got a letter like that? Would it please you or make you run a mile? I think I’d make a run for it. So what should you write to your love? Well if want to woo your love successfully science has some tips for you.

Yale psychologist Robert Sternberg’s theory of love, suggests that the ideal love letter should include the following components—intimacy, passion, and commitment. To test this hypothesis Donelson Forsyth and Kelli Taylor constructed a number of letters and asked people what they thought of them.

They discovered that, when it comes to love letters, commitment conquered all. The letter that proclaimed, “I know we will be happy together for the rest of our lives” and “I couldn’t imagine a world without you in it,” was rated much higher, in terms of expressing love, than one that made no mention of commitment.

Adding language that spoke of closeness and caring increased the letter’s good impression with readers, but it was a commitment that left readers feeling loved and in love.

As to expressing passion in a letter; frisky letters, which went on for too long about the sender’s sexual passions, were viewed generally negatively by both genders; perhaps because they were more about lust than love.

They also discovered that a message of commitment need not be delivered in a traditional love letter or a card; a simple email will do which is lucky as so many of us have lost the art of putting pen to paper. However, research shows that people think that letters are more trustworthy, and a handwritten letter shows effort and care too.

Therefore, if you want your love letter to get results you need to write it yourself, show your commitment to the relationship and put it in an envelope. Call me old-fashioned but a bunch of flowers wouldn’t go amiss either.

The Science of Love Letters