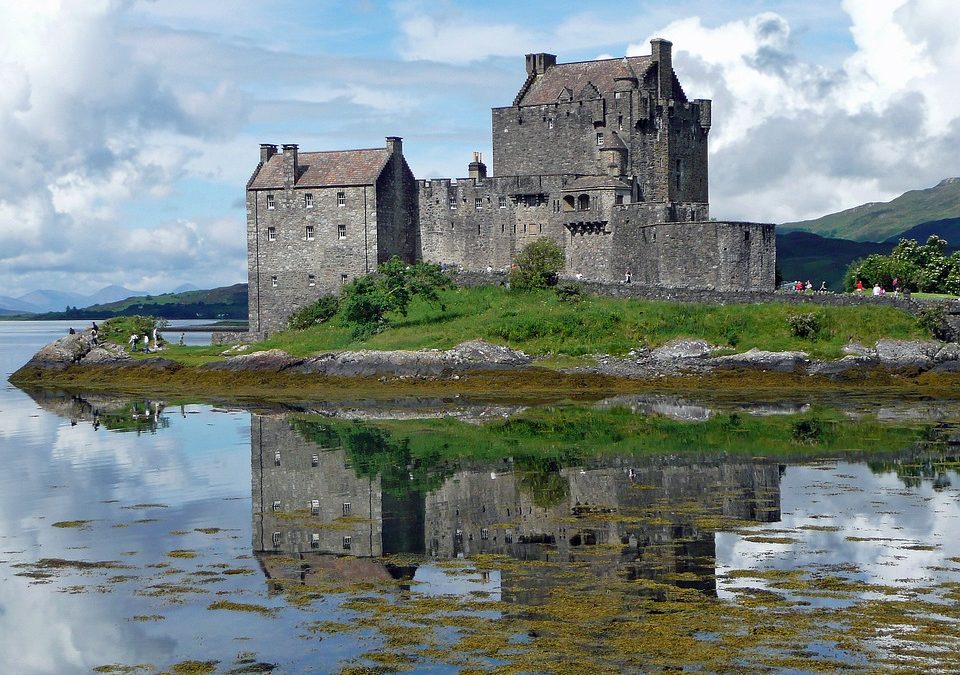 The retribution that followed the defeat of the Jacobite Army at Culloden in 1746 has passed into legend for its brutality and savagery and has formed the backdrop to many classic stories including Robert Louis Stevenson’s Kidnapped and more recently Diana Gabaldon’s Outlander series of novels.

Today, we are so accustomed to the picture of the suppression of the Highlands by the British Army painted in these novels that we are hardly surprised by it. However, when I looked at the records in the Scottish National Archive for this article I found the pastiche of brutality in the films and TV shows suddenly and shapely transformed from fiction to fact and the true horror of what took place became fresh and alive once more.

I have chosen some examples from the records of the Fraser Clan to illustrate what happened as there is currently so much interest in it due to the success of the Starz Outlander TV series.

I am sure that if I had been alive at that time I would not have been a Jacobite. But that does not mean I condone what took place in 1746. Neither, I’m glad to say did some of the people involved in it at the time as these accounts of the death of Charles Fraser, the Younger of Inverallochy show. The most basic record reads;

“Aged 20 years. Killed at Culloden on 17 April 1746. While lying grievously wounded on Culloden battlefield was shot in cold blood at the order of Cumberland or General Hawley. The future General Wolfe had previously refused to act as executioner. In the Muster Roll, there is a suggestion (false) that he was not killed but escaped to Sweden.”

In A Short but Genuine Account of Prince Charlie’s Wanderings from Culloden to his meeting with Miss Flora MacDonald, by Edward Bourk the story is further elaborated.

‘But soon after, the enemy appearing behind us, about four thousand of our men were with difficulty got together and advanced, and the rest awakened by the noise of canon, which surely put them into confusion. After engaging briskly there came up between six and seven hundred Frazers commanded by Colonel Charles Frazer, younger, of Inverallachie, who were attacked before they could form a line of battle, and had the misfortune of having their Colonel wounded, who next day was murdered in cold blood, the fate of many others’. (folio 327).

In Lyon in Mourning, Vol. III a collection of stories, speeches, and reports by Robert Forbes the following version taken from Bourk in person in 1747 expands the previous versions.

‘The Duke himself (Cumberland) rode over the field and happened to observe a wounded Highlander, a mere youth, resting on his elbow to gaze at him. He turned to one of his staff and ordered him to “shoot that insolent scoundrel.’ The officer, Colonel Wolfe (later General) flatly refused, declaring that his commission was at the service of His Royal Highness, but he would never consent to become an executioner. The other officers of his suite, to their credit, followed the noble example of the future Hero of Louisburg and Quebec, but Cumberland, not to be baulked of his prey, ordered a common soldier to do the odious work, which he did without demur. The young victim was Charles Fraser, younger of Inverallochy, an officer in Lord Lovat’s Regiment.’

The story of Ensign, Alexander Fraser prisoner 950 and his comrades from Lord Lovat’s Regiment is no less disturbing. He was shot through the thigh or (knee) at Culloden and ‘carried off in the heat of the action to a park wall pointing towards the house of Culloden.

‘‘A short time after the battle he and 18 other wounded officers who had made their escape to a small plantation of wood near to where Fraser was lying. He was taken prisoner and carried with the others to Culloden House, where he lay for two days without his wounds being dressed.’ ‘On 19 April 1746, Fraser along with 18 other prisoners that were held in Culloden House were put in carts to be taken, so they thought, to Inverness to have their wounds treated. The carts stopped at a park dyke some distance from Culloden House. The whole of them were taken out and placed against a dyke. The soldiers immediately drew up opposite them. They levelled their guns and fired among them. Fraser fell with the rest. ‘

‘The soldiers were ordered by their officers to go among the dead and ‘knock out the brains’ of such that were not quite dead. Observing signs of life in John Fraser one of the soldiers, using his gun butt, struck on the face dashed out one of his eyes, beat down his nose flat and shattered his cheek and left him for dead.’ ‘Lord Boyd riding out with his servant espied some life in Fraser as he had crawled away from the dead. Lord Boyd asked him who he was. Fraser told him he was an officer in the Master of Lovat’s corps. He was offered money but Fraser said he had no use for it and asked to be carried to a certain cottar house where he said he would be concealed and taken care of. Lord Boyd did as asked. Fraser was put in a corn kiln where he remained for three months. He was able to walk with the aid of crutches’.

The Duke of Cumberland’s callousness and willingness to engage in what we would call war crimes today won him the soubriquet ‘the butcher.’

The Scottish History Society has published, in three well-documented volumes, “Prisoners of the ’45”, a list of 3,470 people known to have been taken into custody after Culloden. The list includes men, women and children combatants and supporters alike. It was decided by the Privy Council in London that the prisoners should be tried in England and not Scotland which was a breach of the Treaty of Union and on 10th June, the prisoners held at Inverness were loaded onto seven leaky ships named Margaret & Mary , Thane of Fife, Jane of Leith, Jane of Alloway, Dolphin, and the Alexander & James and transported to England. They eventually landed at Tilbury Fort or were kept in prison ships on the Thames. Accounts show that the prisoners held at Tilbury were selected for trial on the basis ‘lotting.’ This was a process in which 19 white slips and 1 black slip of paper where placed in a hat and the prisoners were invited to draw lots to see who would go before the Commission.

Records show that one hundred and twenty prisoners were executed: four of them, peers of the realm, were executed on Tower Hill including the 80-year-old Lord Lovat, who was the last person to be beheaded in public in England, beheading being a privilege of their rank.

The others such as Francis Townley, Esquire, Colonel of the Manchester regiment who suffered the barbaric ritual of hanging, drawing, and quartering after his claim to be a French Officer was rejected by the court on the evidence of Samuel Maddock, an ensign in the same regiment, who, to save his own life, turned king’s evidence against his former comrades.

Of the remainder 936 were transported to the colonies, to be sold to the highest bidder: 222 were banished, being allowed to choose their country of exile: 1,287 were released or exchanged: others died, escaped, or were pardoned and there were nearly 700 whose fates could not be traced.

After the defeat of the Jacobite army, the British government started the systematic dismantling of the ancient social and military culture of the Highland clans. The wearing of Highland garb, particularly tartan plaid, was banned, and the semi-feudal bond of military service to the Clan chief was removed. But despite the widespread and systematic oppression, it was the peace between Great Britain and France in 1748 that finally finished off the 1745 rebellion. Without the hope of French money and support the Stuart cause was lost.

This did not stop the reckless Bonnie Prince from trying again. It seems that he turned up in London in 1750, probably in disguise once more as he was what we might call, ‘Britain’s Most Wanted’ at the time and tried to drum up support for another rising. Luckily, this madcap scheme to kidnap or kill King George II in St. James’s Palace on 10 November 1752 petered out through lack of support and money. But the British Government kept their eye on the conspirators through a spy in the Princes’s camp known only by his nom de guerre of “Pickle”, who kept his employers informed of every Jacobite movement that came to his notice for years.