How to Make a Character Stand Out in a Novel 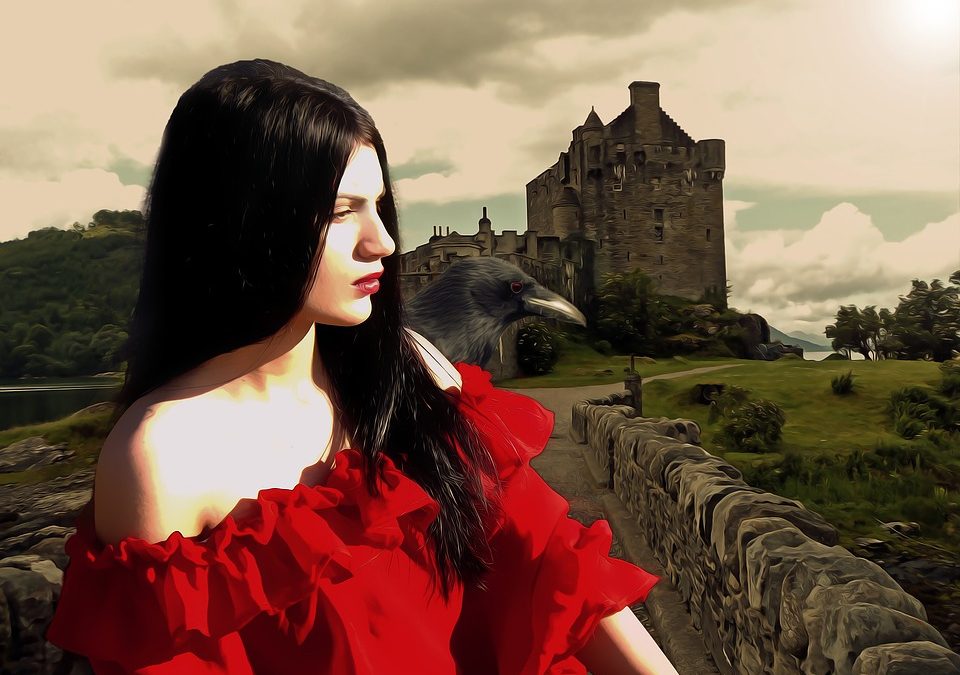 The profession or the jobs of your character does plays a major role in making your novel a hit.

That’s because a character’s profession affects the entire story.

A job or profession gives an indication of personality, class, wealth and motivation. You can use it as a stereotype or as a short-hand description or develop the character with it.

Just think for a moment. What character attributes would you give to a teacher?

Perhaps the teacher in your imagination is a dotty old professor. A man dressed in tweed with patches on his elbows, a mop of thick grey hair and horn-rimmed spectacles. He teaches classics and quotes passages from Cesar’s Gallic Wars.
Alternatively, the teacher of your imagination may be a young ambitious woman of Anglo-Caribbean descent who teaches physics. She wears a smart white lab coat and red, five-inch heel stilettos. She’s sassy. She drives a sports car and the boys in the class don’t know where to look when she comes into the lab.

Muriel Spark’s character Jean Brodie from the novel The Prime of Miss Jean Brodie is a highly idealistic character with an exaggerated romantic view of the world. The phrases Spark gives her character are now clichés in the English language. “Give me a girl at an impressionable age and she is mine for life.” “These years are still the years of my prime. It is important to recognise the years of one’s prime, always remember that.” ‘I am a teacher! First, last, always!’  Spark gives the character the name of the historical Jean Brodie the common law wife or mistress of Deacon Willie Brodie.  Brodie was an Edinburgh cabinet maker and thief hanged from a gallows of his own design. The fictional Jean is doomed like her namesake whose husband was the was the inspiration for the gothic novel, The Strange Case of Dr. Jekyll and Mr. Hyde by Robert Louis Stevenson.

Now think about a taxidermist? Somehow there is always something a bit creepy about this job. Is it the association with dead things, the dismembering of bodies or the macabre nature of the results of their work – an animal that looks alive but is dead? The Taxidermist’s Daughter by Kate Moss is a story in which ghosts and ghoulish patriarchal secrets, estranged female psyches, and tumultuous bird-life. All these elements coexist in a compulsively readable yarn.The novel is a cabinet of curiosities, a tale of sexual predation and female revenge. The protagonist Connie is bright, beautiful, determined, and has a very strong stomach. She’s a victim of traumatic memory loss. The plot involves her mind’s recuperation from obscene events 10 years ago. A crime opens the story. A woman’s corpse is found outside Blackthorn House, where Connie is attempting to stuff a jackdaw. The woman has been garrotted with taxidermist’s wire.

These examples show that giving your character a profession enables you to start building that character and the character, in turn, helps you to build the story. In my novel Sinclair, which is set in the late 18th century, Sinclair is a man of the Enlightenment who has rejected religion. This leaves him isolated from his family and much of society. He is a dedicated doctor who wants to heal people.

If the story is a realistic fiction, it’s best to avoid ridiculous characters and professions that don’t exist in the real world.On the other hand, if you are writing a general fiction story, an absurd and unrealistic profession is perfectly acceptable as long as you stick to the descriptions you have given about that character and his or her profession. For example, if you plan on writing a fantasy fiction, your character will probably include mythical creatures such as goblins, trolls, giants, or unicorns. The main character will possibly possess magical powers again consistency is the key here – what can your character do with magic and what are their limitations? Limitations are often the making of a character.

Even in Sci-fi, the best characters have jobs: Ship’s captain, the General of an invading army, the pilot or navigator of a space of underwater cruiser. Phillip Dick’s Do Androids Dream of Electric Sheep? is a science fiction novel describing humanity’s struggle for survival in a post-apocalyptic world after a nuclear war has irradiated the Earth, forcing humans to create a separate colony on Mars. Character Rick Deckard is a bounty hunter who is about to have one bad day.

Unlike the bounty hunters of the Wild West, this space age cowboy will, within the space of twenty-four hours, have to kill six state-of-the-art androids, have an inter-galactic corporation mess with his mind, meet a metaphysical god twice, and discover an extinct animal.

Rick clearly lacks empathy for androids, his electric sheep, and for his wife which, in an ironic twist, is the very fault androids are accused of and as a result, they must be killed. Rick is a hypocrite, in a way he represents the hypocrisy of mankind. He punishes androids for lacking empathy when he’s the least empathetic person on the planet.

Some authors and screenwriters choose to write an ironic character that doesn’t match their profession. Other times, a profession can be used to create a twist in the plot. This is usually true for novels with a dramatic theme. A character could be shown doing something they don’t enjoy at all. They are bored of their ordinary life and their ordinary profession.

Take “Fight Club”, a book by Chuck Palahniuk for example; in this novel, his protagonist who is never named is a man who works as a product recall specialist. Our protagonist hates his job and his lifestyle. In this anti-capitalist story, the narrator attempts to treat his depression and insomnia through obsessive consumerism and knowledge of brands.

On a flight home from a business trip, the Narrator meets Tyler Durden, a soap salesman with whom he begins to converse after noticing the two share the same kind of designer briefcase. After the flight, the Narrator returns home to find that his apartment has been destroyed by an explosion.

With no one else to contact, he calls Tyler and Tyler invite the Narrator to stay at his place but requests that the Narrator hit him first, which escalates into a minor fistfight. The Narrator then moves into Tyler’s home, a large dilapidated house in an industrial area of their city and begins assisting with Tyler’s handmade soap business. They have further fights outside the bar on subsequent nights, and these fights attract growing crowds of men.

The fighting eventually moves to the bar’s basement where the men form a structured club (“Fight Club”) which routinely meets to provide an opportunity for disaffected local men to fight safely for recreation. Ultimately, the story degenerates into a stop the bad guy destroying capitalism movie but the initial idea is interesting.

See also: 10 Things that can turn a character bad.

About the author: Julia Herdman writes historical fiction. Her debut novel Sinclair is available worldwide in print or as an Ebook. Go to Amazon to find out more.