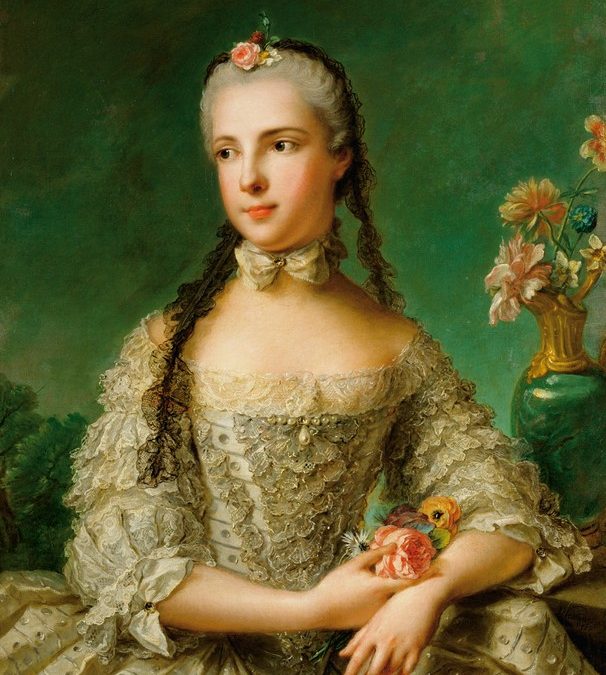 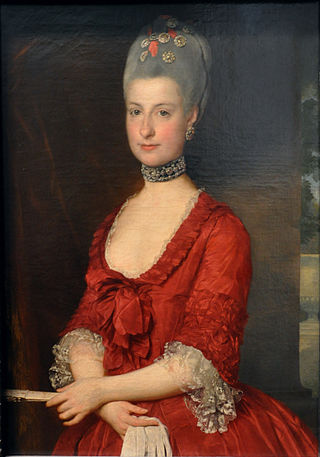 Archduchess Maria Christina was born on her mother’s 25th birthday at the Imperial Palace in Vienna, she was her fifth child and fourth daughter of Maria Theresa of Austria and Francis I, Holy Roman Emperor.

Maria Christina Johanna Josepha Antonia was born on 13 May 1742 at Vienna, Austria. The next day she was baptised in the Hofburg under the watchful gaze of her grandmother Elisabeth Christine, the dowager Holy Roman Empress.

Known simply as Mimi she was a capricious and spirited and her mother’s favourite child. Beautiful, highly intelligent and artistically gifted, Mimi mastered Italian and French and spoke good English. She was also talented with the paintbrush; she painted the Imperial family at work and play and copied the paintings of Dutch and French masters.

Mimi was in love with life and in love with love. At 17-years-old she had a romance with Duke Louis Eugene of Württemberg, but a marriage between them was dismissed. The third son of the Duke of Württemberg wasn’t good enough for an Archduchess. Mimi’s broken heart was soon mended with the arrival of the Princes Albert and Clemens of Saxony in at the Imperial Palace in 1760.

Mimi first met Albert at a concert during the Christmas celebrations and the attraction it seems was instant and mutual. However, at the end of January Albert and his brother returned to Saxony.

In the same year Mimi’s brother Archduke Joseph of Austria, heir to the Habsburg Monarchy was married to Isabella of Parma. The marriage took place by proxy and then Isabella was escorted from Italy to Austria. The formal wedding celebrations began on 6 October 1760 and lasted several days. Isabella was 18 homesick and still mourning the death of her mother. Joseph was thrilled with his new bride but Isabella did not feel the same.

Instead, she formed an almost immediate and strong attachment to Mimi which Mimi reciprocated. The pair became very close, some say they were lovers. The played music together and enjoyed each other’s company.  Isabella was beautiful, educated, and very sensitive. She detested court ceremonial and her position as the wife of the Habsburg heir. While her husband loved her very deeply, she was cold towards him and focussed her attention on Mimi. The pair wrote over 200 letters to each other.

In one such letter, Isabella wrote:

“I am writing to you again, cruel sister, though I have only just left you. I cannot bear waiting to know my fate, and to learn whether you consider me a person worthy of your love, or whether you would like to throw me into the river…. I can think of nothing but that I am deeply in love. If I only knew why this is so, for you are so without mercy that one should not love you, but I cannot help myself.“.

In a different letter, she wrote: “I am told that the day begins with God. I, however, begin the day by thinking of the object of my love, for I think of her incessantly.“.

Only the letters of Isabella have been preserved; those of Maria Christina were destroyed after her death.

Isabella despite her coolness towards her husband eventually became pregnant. On March 20, 1762, after nine months of mental and physical strain, Isabella gave birth to a daughter they named Maria Theresia. Isabella remained bedridden for 6 weeks after giving birth. In August 1762 and January 1763 Isabella suffered two separate miscarriages then she fell pregnant again that year with a baby girl. Six months pregnant she contracted smallpox. On 22 November 1763 premature labour began. The child survived less than a day and was named after Mimi. Isabella followed her daughter to the grave five days later. Mimi was devastated.

Less than a month later in December 1763, Prince Albert of Saxony returned to Vienna. He comforted Mimi in her desolation. He too had liked Isabella and shared Mimi’s sadness in her passing. The pair met at court through 1764  and gradually Mimi’s affection for Albert grew. Albert was not sure he would be able to marry her as although he was prince he was only a minor one. Nevertheless the pair took their chances especially when Albert was invited to join the Imperial family whilst stationed in Vienna in the Imperial Cavalry. Her mother liked Albert but her father had greater ambitions for Mimi he wanted her to marry her first-cousin Prince Benedetto of Savoy, Duke of Chablais.  The Empress advised her impatient daughter to appear calm and cautious with regard to her liaison with Albert; however Maria Christina found it extremely difficult to conceal her feelings for her Saxon prince.

In July 1765 the Imperial family travelled to Innsbruck for the wedding of Archduke Leopold, Grand Prince of Tuscany to the Infanta Maria Luisa of Spain. Albert was also invited to the wedding and the lovers had to play it cool.  Mimi returned home to Vienna without her love wondering what would happen to her next. She could not have imaged that her path to happiness would be paved with her own father’s sudden death on 18 August.

After a suitable period of mourning, Mimi was married to Albert. She was the only child of Francis I to marry for love. To aid the couple’s happiness Albert was appointed Field Marshal and Statthalter of Hungary; these posts forced him and his future wife to live in Pressburg but provide them with a healthy income. The castle was renovated at a cost of 1.3 million guldens, and the Dowager Empress even personally took care of the furniture and tableware. Finally, Maria Christina received from her mother a rich dowry: the Silesian Duchy of Teschen –whereupon Albert became entitled as Duke of Saxe-Teschen–, the towns of Mannersdorf, Ungarisch Altenburg and other lordships, and the amount of 100,000 guldens. The household of the couple included about 120 people making her brothers and sisters pea-green with envy.

Maria Christina gave birth to a daughter named Maria Christina Theresa on 16 May 1767, but the child lived one day. She survived the puerperal fever that followed the birth but it left her barren. Unable to have any more children she persuaded her brother Leopold, Grand Duke of Tuscany to let her and her husband adopt one of his youngest sons, Archduke Charles, as their heir. 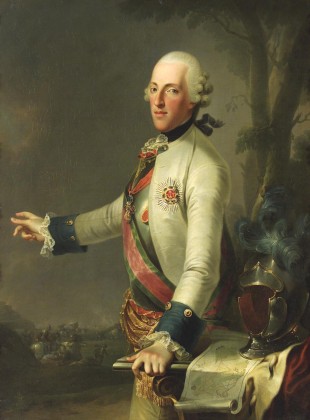