Writing about women in the past 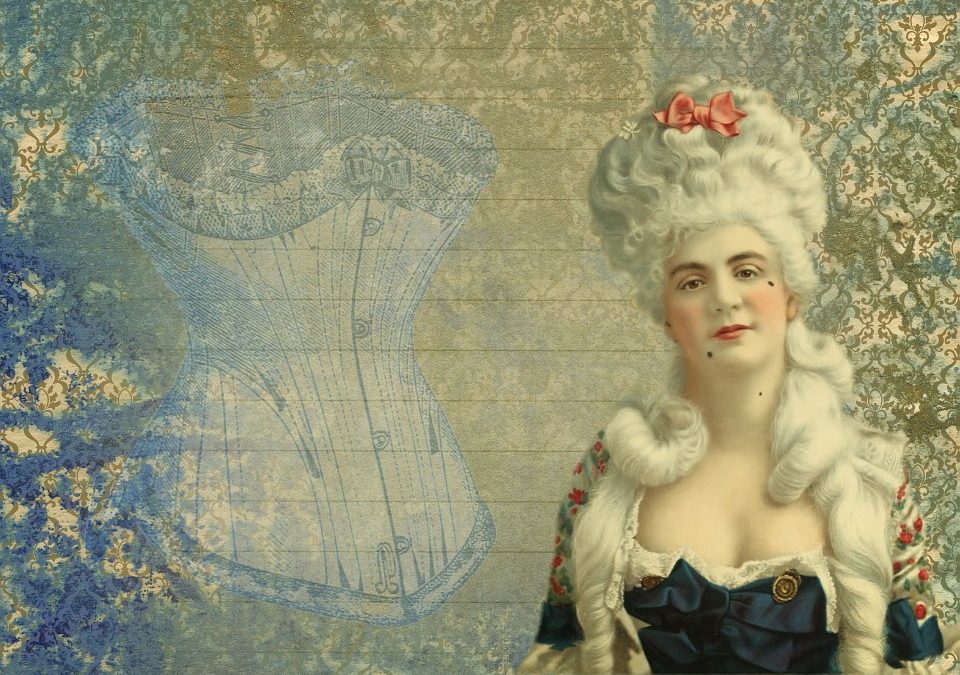 The position of women in the historical novel is problematic for authors. I am interested in exploring the strengths and weaknesses of my characters and how they cope with the historical world and I want to show women in a positive and realistic light. However, when it comes to writing about women in past I am confronted with some tricky problems. The main problem is that for most of history women were legally, socially and economically subject to the will of men.

In a strange way, poor women were the freest to be themselves as they worked even when they were married and had children. Poor women earned their own money. The problem for these women was that their earnings were always vastly inferior to men’s. A woman alone in the past was almost invariably a poor and exploited one.

It is true that in London and in other large towns where there was the possibility of social anonymity many women turned to prostitution as a more lucrative way of staying alive.

For women of the middling sort, I hesitate to use the word class here, as for most of history there was no middle class as we know today, financial dependence on men was the norm even into the middle of the last century. Of course, financial dependence on men has not gone away as women are still paid on average 16% less than men for the same work but women are thankfully no longer forced into financial servitude to men.

A single ‘free’ woman in the past was the exception. Any unmarried woman would almost certainly be viewed as unsuccessful.

Marriage and children were the markers of success for a woman in past. With no meaningful contraception, women were constantly burdened with pregnancy and subject to premature death in childbirth. They were responsible for almost all childcare unless a woman was wealthy enough to employ a nurse or nanny.

Of course marriage still an honourable estate for most men and women but more women are going it alone than ever before and are happy with their decision. For the majority of us who marry, it’s a struggle to manage a demanding career and a family no matter how successful we are in our chosen profession.

So how does the modern author go about creating their female historical characters?

Well, some authors focus their attention on the few women who broke the mould in the past while other abandon any sense of historical verisimilitude. Some use the Cinderella formula while others make their female characters masculine, sassy and ruthless. All of these forms can work if the story is good enough but they were not for me in the Tales of Tooley Street as the characters are inspired by actual people who lived and worked at 65 Tooley Street for three generations.

Approaches to representing female characters in the past:

Some argue that The Fortunes and Misfortunes of the Famous Moll Flanders (commonly known simply as Moll Flanders) a novel by Daniel Defoe, first published in 1722 is the prototype for a female character who by the end of the novel controls her own life and is financially independent. Moll achieves what many feminists call success.

Feminist writer Diana Del Vecchio says, “By the end of the book, Moll has completely appropriated the role of the husband, the provider, the masculine, the seeker, the adventurer, the leader, the thinker, and has figuratively donned the clothing of man, while keeping her nature as woman intact. She makes the final decision to enter and sign a legal contract with her son, where he manages her inherited land and gives her an annual compensation of the lands’ produce. When she returns to Jemy, it is she that supplies him with a dowry of a gold watch, a hundred pounds in silver, a deerskin purse, Spanish pistols, three horses with harnesses and saddles, some hogs, two cows, and other gifts for the farm. She enters this relationship with the fortune of her inheritance and the many accouterments that she has acquired and accumulated in her years as a thief. For the first time in her life, she forms a relationship with a man, where she is the one in control.”

The fact that Moll has to step outside the law to become independent is the problem for me but it is probably a realistic one as Defoe was fully aware of the way society worked in the early 18th century. Prostitution and thieving were rife in London in the 18th century but most women involved in the trade did not end up like Moll. Most ended in an early grave, at the end of a noose or transported for life if caught. My character is inspired by a respectable widow who raises her son to be a successful doctor so prostitution and thieving are not options for her.

Historian Lucy Worsley’s most recent BBC TV series on the Wives of Henry III offers an alternative approach to the female character and narrative in history.

In the series, Dr. Worsley looked at the events of Henry’s reign through the eyes of the women involved. She cleverly managed to breath new life into this overworked territory by showing Katherine of Aragon as a competent and popular queen not as the obsessively religious woman of traditional portrayals. She showed Katherine was intelligent, ambitious and for much of her 24-year marriage to Henry, she gave as good as she got. Anne Boleyn too was shown as a clever and ambitious woman betrayed by her husband and removed on trumped up charges of adultery. Jane Seymour was a young and tragic a woman fed to the old lecher of a king by her male relatives only to die in childbirth. Ann of Cleaves was a smart political operator who negotiated herself out of disaster and ended up one of the richest women in England. Catherine Howard was what we would call an abused child who did not know how to say no to powerful and determined men; and, Katherine Parr was a wily woman of great learning and intellect who used her position to promote the establishment of the ‘new religion’ Protestantism and managed to outmaneuver and outwit her enemies at court.

In my own writing, I have taken the Lucy Worsley approach. My heroine, Charlotte Leadam, the widow of the Tooley Street surgeon, Christopher Leadam, is intelligent and resourceful but she is an 18th-century woman living in 18th century London. She faces financial ruin when her husband dies. As a woman, she cannot run the apothecary shop she owns because she cannot hold an apothecary license as a woman but she must pay her husband’s debts. As a widow, she yearns for the return of the feeling of financial security and independence she enjoyed when she was married but she does not want to remarry.  Charlotte achieves her desires by complying with some social conventions of the day and by ignoring others but she’s always well within the law. Here’s an excerpt.

“You and John will stay here with us now that Christopher has gone,” her mother said, in a tone that indicated it was not a matter for discussion.

“That’s very kind of you and father, but Christopher has not gone, as you put it. He died; my husband is dead. I am a widow, not an abandoned child.”

“We know that, dearest. Your father and I comprehend the situation all too clearly,” she said, handing her daughter a fresh towel and a bar of soap. “You’re a woman without a husband and without an income. You cannot simply go back to your old life, Charlotte; it no longer exists. Your father and I have discussed the matter, and we have decided that it is best that you and John stay here where we can provide for you. That is until you marry again.”

The flame of ire burning in Charlotte’s chest was rekindled and refuelled. Whilst she could not dispute her mother’s analysis of the situation, she was nonetheless livid with her for expressing it so clearly. She bit her lip, held her tongue and breathed the long slow breaths that Christopher had taught her to use in such situations. Experience told her that this was not the time or the place to have an argument with her mother. Losing her temper never worked; she had to be more cunning than that. As calmly as she could she said, “Mother, I have no plans to remarry.”

“I’m not saying that you have to forget Christopher. I’m not that cruel and insensitive. ” She pointed to the bath. “Your father took this in lieu of payment from a whore in St James’s. The poor woman could not pay her rent either, so your father took the bath before the landlord did. My friend Mrs. Peacock says that bathing is of great benefit for the nerves, so I thought you might like to try it. I shall not be doing so: I’m too old to change the habits of a lifetime. Besides, they cost a fortune in hot water – which is all very well for Mrs. Peacock: her husband is a banker. And I can’t use poor Millie like this again; she is exhausted with carrying the pails from the kitchen.”

When her mother had gone Charlotte launched herself face down onto the bed and let out a long, low scream of frustration. How dare her mother decide what she was going to do with her life without even talking to her about it? And why had she told her about the whore? Was she trying to warn her what happens to women who are left on their own?