The First Woman to Circumnavigate the Globe 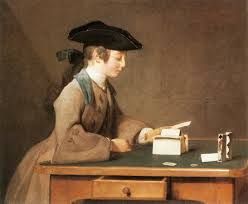 Jeanne Baret was born on July 27, 1740, in the village of La Comelle in the Burgundy region of France. Her record of baptism survives and identifies her as the legitimate issue of Jean Baret and Jeanne Pochard. Her father is identified as a day labourer and seems likely to have been illiterate, as he did not sign the parish register.

At some point between 1760 and 1764, Baret became employed as housekeeper to naturalist, Philibert Commerson, who had settled in Toulon-sur-Arroux, some 20 km to the south of La Comelle, upon his marriage in 1760. Commerson’s wife, who was the sister of the parish priest, died shortly after giving birth to a son in April 1762, and it seems that Baret took over management of Commerson’s household at that time, if not before.

It seems Baret and Commerson shared a more than an interest in his household as she became pregnant in 1764. French law at that time required women who became pregnant out of wedlock to obtain a “certificate of pregnancy” in which they could name the father of their unborn child. Baret’s certificate, from August 1764, survives; it was filed in a town 30 km away and witnessed by two men of substance who likewise had travelled a considerable distance from their homes. She refused to name the father of her child, but historians do not doubt that it was Commerson and that it was Commerson who had made the arrangements with the lawyer and witnesses on her behalf.

Paris and a Child

Shortly afterward, Baret and Commerson moved together to Paris, where she continued in the role of his housekeeper having left his legitimate son in the care of his brother-in-law in Toulon-sur-Arroux and never saw him again in his lifetime. Baret apparently changed her name to “Jeanne de Bonnefoy” during this period. Her child was born in December 1764 and was given the name Jean-Pierre Baret. Baret gave the child up to the Paris Foundlings Hospital and he was quickly placed with a foster mother. The child suffered the fate of so many at that time and died in the summer of 1765.

That year Commerson was invited to join Bougainville’s expedition to circumnavigate the globe to claim territory for the French king similar to the expeditions of his contemporary the English Captain Cook. Commerson hesitated in accepting because he was often in poor health; he required Baret’s assistance as a nurse as well as in running his household and managing his collections and papers. Finally, he accepted and as his appointment allowed him a servant, paid as a royal expense, he decided to take his companion and helpmate Jeanne with him. The problem was that women were completely prohibited on French navy ships at this time. Together they devised a plan for Jeanne to disguise herself as a man and join the ship just before it sailed. Before leaving Paris, Commerson drew up a will in which he left to “Jeanne Baret, known as de Bonnefoi, my housekeeper”, a lump sum of 600 livres along with back wages owed and the furnishings of their Paris apartment.

The pair boarded the ship Étoile in December 1766 and because of the vast quantity of equipment Commerson brought with him the ship’s captain, François Chesnard de la Giraudais, gave up his own large cabin to Commerson and his “assistant”. This fortuitous act gave Baret significantly more privacy than she might otherwise have expected on board and she did not have to use the shared heads like other members of the crew to relieve herself.

Surviving accounts of the expedition differ on when Baret’s gender was first discovered. According to Bougainville, rumours that Baret was a woman had circulated for some time, but her gender was not finally confirmed until the expedition reached Tahiti in April 1768. As soon as she and Commerson landed on shore to botanize, Baret was immediately surrounded by Tahitians who cried out that she was a woman. It was necessary to return her to the ship to protect her from the excited Tahitians. Bougainville recorded this incident in his journal some weeks after it happened when he had an opportunity to visit the Étoile to interview Baret personally.

Another account says that there was much speculation about Baret’s gender early in the voyage and asserts that Baret claimed to be a eunuch when confronted directly by the Captain, La Giraudais (whose own official log has not survived). After crossing the Pacific, the expedition was desperately short of food. After a brief stop for supplies in the Dutch East Indies, the ships made a longer stop at the island of Mauritius in the Indian Ocean. This island, known as Isle de France, was then an important French trading station. Commerson was delighted to find that an old friend and fellow botanist Pierre Poivre was serving as governor on the island, and Commerson and Baret remained behind as Poivre’s guests, probably encouraged by Bougainville as it allowed him to rid himself of the problem of a woman illegally on board his expedition.

On Mauritius, Baret continued in her role as Commerson’s assistant and housekeeper. It is likely that she accompanied him to botanize on Madagascar and Bourbon Island in 1770-1772. Commerson continued to have serious health problems, and he died in Mauritius in February 1773. After Commerson’s death, Baret seems to have found work running a tavern in Port Louis for a time. Then, on 17 May 1774, she married Jean Dubernat, a non-commissioned officer in the French Army who was most likely on the island on his way home to France.

Marriage and Return to France

There is no record of exactly when Baret and her husband arrived in France, thus completing her voyage of circumnavigation. Most likely it was sometime in 1775. In April 1776, she received the money that was due to her under Commerson’s will after applying directly to the Attorney General. With this money, she settled with Dubernat in his native village of Saint-Aulaye where he may have set up as a blacksmith.

State Recognition of Services to Botany

In 1785, Baret was granted a pension of 200 livres a year by the Ministry of Marine. The document granting her this pension makes clear the high regard with which she was held by this point:

Jeanne Baret, by means of a disguise, circumnavigated the globe on one of the vessels commanded by Mr de Bougainville. She devoted herself in particular to assisting Mr de Commerson, doctor and botanist, and shared with great courage the labours and dangers of this savant. Her behaviour was exemplary and Mr de Bougainville refers to it with all due credit…. His Lordship has been gracious enough to grant to this extraordinary woman a pension of two hundred livres a year to be drawn from the fund for invalid servicemen and this pension shall be payable from 1 January 1785. She died in Saint-Aulaye on August 5, 1807, at the age of 67.

Commerson named many of the plants he collected after friends and acquaintances. One of them, a tall shrub with dark green leaves and white flowers that he found on Madagascar, he named Baretia Bonafidia. But Commerson’s name for this genus did not survive, as it had already been named by the time his reports reached Paris; it is currently known as Turraea. While over seventy species are named in honour of Commerson, only one, Solanum baretiae, honors Baret.

For many years, Bougainville’s published journal – a popular best-seller in its day, in English translation as well as the original French – was the only widely available source of information about Baret. More recent scholarship has uncovered additional facts and documentation about her life, but much of the new information remained little-known and inaccessible to the general public, particularly outside France. The first English-language biography of Baret, by John Dunmore, was not published until 2002, and then only in New Zealand. Other articles appeared only in scholarly journals.

The 2010 biography of Baret by Glynis Ridley, The Discovery of Jeanne Baret, brought Baret to the attention of a wider audience and helped to overturn some of the old misconceptions about her life.