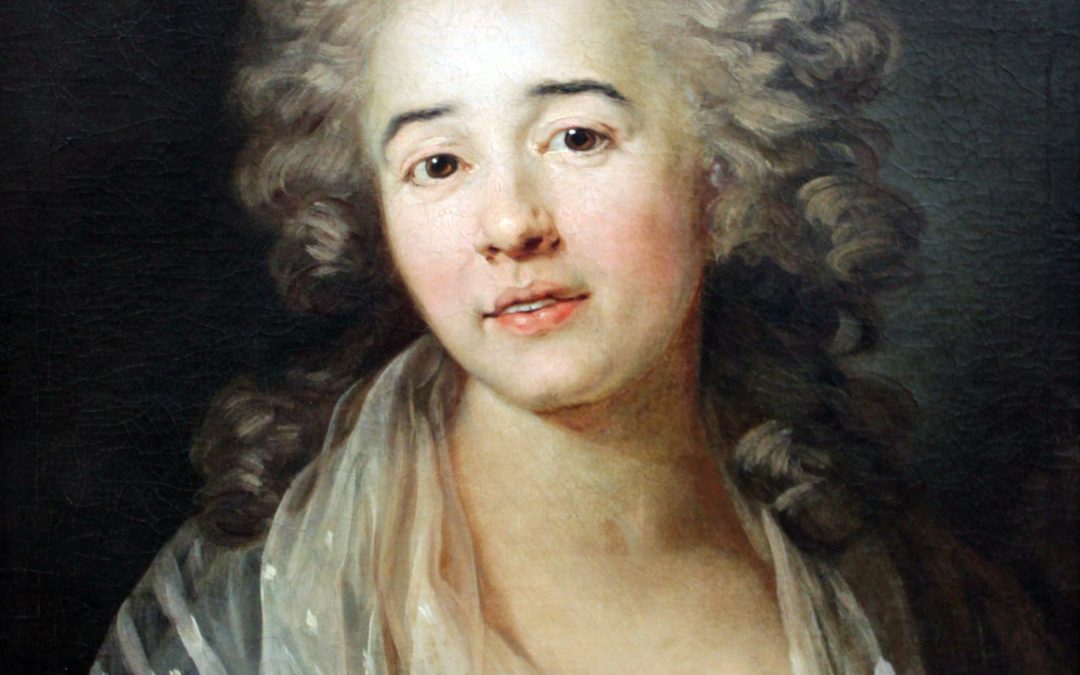 Gertrude was one of the greatest singers of the Georgian Period. She was born at Kassel, Germany in February 1749. Her mother died soon after the birth. Her father was a poor musician, named Schmeling. Undernourished from birth she always suffered from ill health. Schmeling contrived to increase his income by mending musical instruments. One day little Gertrude got hold of a violin and started to play it. Her father punished her severely for touching other people’s property but the little girl was hooked and played with the violins he was mending whenever her father’s back was turned.

Soon she had mastered a scale and her father was forced to acknowledge her genius and arranged lessons for the child. Although she was five her legs had no strength and her father was forced to carry her everywhere including to small gatherings where she would give performances. After a performance in Frankfort, a public subscription was raised to get gifted little Gertrude some education. By the time she was nine, her health had improved and she was in Vienna giving concerts to the Queen and her friends who petted and admired her and persuaded her to give up the violin because it was an unfeminine instrument and sing instead. Her voice was already resonant and clear, but she had, of course, had no instruction. Schmeling, with the help of benefactors, then placed the young Gertrude under the tuition of the musico Paradisi where she made rapid progress.

Returning to Cassel, Schmeling hoped to get Gertrude a place at Court but the King would only employ Italian singers so they moved to Leipzig and the music school of Joesph Hiller where Gertrude stayed until  1771. She made her début in an opera of Basse’s at Dresden. Her success led her to an audience with the King,  Frederick II, who on hearing her was persuaded to engaged her for life to sing at his Court, despite her not being Italian! At last, she and her father had a secure income.

Whilst at the Court she met and married the violoncellist, Mara despite her friends’ advice. She soon discovered her folly; Mara was a wonton womaniser and the King’s demands were excessive too. On one occasion, she was physically brought from her bed, by his orders and forced to sing at the Opera, even though she was ill. When she had had enough of her unhappy life at Court she tried to escape but was detained by the Prussian ambassador at Frederick’s request.

By 1780 Frederick had lost his interest in music and Gertrude and she was free at last to return to Vienna where she procured at a letter of introduction from the Empress to her daughter Marie-Antoinette. She passed through Munich where Mozart heard her but was not favourably impressed. She reached Paris in 1782 where audiences pitted her talent again the celebrated Todi.

Two years later, in the spring of 1784, Mara made her first appearance in London, where her greatest successes awaited her. She was engaged to sing six nights at the Pantheon. Owing to the general election, she sang to small audiences, and her merits were not recognised until she sang at Westminster Abbey, in the Handel Commemoration, when she was heard with delight by nearly 1000 people. She sang in the repeated Commemoration in 1785, and in 1786 made her first appearance on the London stage in a serious pasticcio, ‘Didone Abbandonata,’ the success of which was due entirely to her singing.

I give Mara a cameo appearance in my novel, Sinclair. The Vicar of St James’ Piccadilly has managed to secure the services of Miss Mara and Mr. Stephen Storace her accompanist and impresario for his fundraising concert in the Christmas of 1787. Reverend Walker says ;

“Now for the highlight of our evening, ladies and gentlemen. I am delighted to invite the celebrated German opera singer Miss Gertrude Mara and her accompanist, the composer and impresario Mr. Stephen Storace, to entertain you this evening.”

The audience gasped, then clapped and roared as the pair made their way to the piano. “Well done, Connie, they loved you,” said John.

“My goodness, I’m on the same bill as Gertrude Mara and Stephen Storace,” Connie exclaimed.

An hour later Connie and Mrs. Peacock were being introduced to the great soprano by a contented Mr. Walker, accompanied by his daughters Hannah and Harriet.

“Mr. Walker, why didn’t you tell me about Miss Mara and Mr. Storace?” demanded Connie when they had gone.

“I didn’t know they would come until the last minute, and I didn’t want to put you off.”

In March 1787 she appeared in Handel’s opera of ‘Giulio Cesare’ where she played Cleopatra.  It was so successful that it was constantly repeated during the season. Mara again took a leading part in the Festival in Westminster Abbey in 1787, and she remained connected with the opera in London till 1791, after which, though she sang occasionally on the stage, and even in English ballad operas, she was more frequently heard in concerts and oratorios.

In 1788 she was singing in the Carnival at Turin and the following year at Venice. She returned to London in 1790 and went to Venice again in 1791. Coming once more to London in the next season, she remained here for ten years. After this time, she found her voice losing strength, and she quitted England in 1802, after enjoying a splendid benefit of over £1000 at her farewell concert.

Her worthless husband, and her numerous lovers,—among whom the last was a flute-player named Florio,—had helped her to spend the immense sums which she had earned, until she found herself without means, and compelled to support herself by teaching. She worked as a singing teacher in Moscow until 1812 when her small school was burned down and was forced to start again at age 64. She then settled in Italy for a while until in 1819 she returned to London where she appeared at the King’s theatre, but like ?? her voice had gone and she never appeared again. She returned to Italy where she died in poverty aged  84.

Sources: https://en.wikisource.org/wiki/A_Dictionary_of_Music_and_Musicians/Mara,_Gertrude: A life of Mara, by G. C. Grosheim, published at Cassel in 1823.