Advice to a Young Man on the Choice of a Mistress 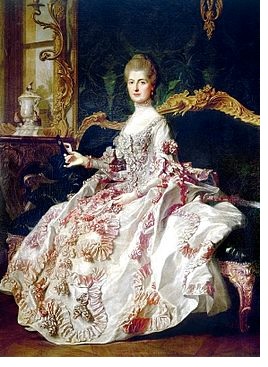 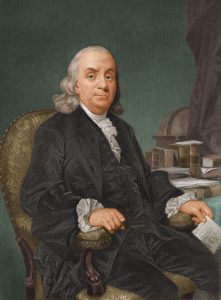 Benjamin Franklin was a lover of knowledge; after all, he was the quintessential Renaissance man. He gave us the lightning rod, the Franklin stove, bifocals, and Poor Richard’s Almanack. He was also an indispensable politician and civic activist who not only helped lay the groundwork for the Declaration of Independence and the United States Constitution but was also the country’s first ambassador to France where in 1779 he fell in love with Anne Catherine Helvétius, the widow of the Swiss-French philosopher, Claude-Adrien Helvétius.

Nicknamed “Minette”, she maintained a renowned salon in Paris using her dead husband’s accumulated wealth and among its habitués were France’s leading politicians, philosophers, writers, and artists. In courting her attention, he sent her many letters expressing his love, admiration, and passion. In one, he claimed that he had a dream that their dead spouses had married in heaven and that they should avenge their union by doing the same on earth!  In another passionate plea, he wrote: “If that Lady likes to pass her Days with him, he, in turn, would like to pass his Nights with her; and as he has already given her many of his days…she appears ungrateful never to have given him a single one of her nights.”

Franklin’s libido was apparently so strong, he himself was scared of it. In his autobiography, he confessed: “the hard-to-be-governed passion of my youth had hurried me frequently into intrigues with low women that fell in my way.”

One of the more revealing documents on his views on women, which had been known in certain circles but kept under wraps for almost 200 years, was a letter he wrote in 1745, offering advice to a young man who was having trouble with his own insatiable libido. In the letter, which was entitled “Advice to a Young Man on the Choice of a Mistress,” Franklin advised: “In all your Amours, you should prefer old Women to young ones.” He goes on to explain that with older women they tend to have more discretion, will take care of you when you’re sick, are cleaner than prostitutes, and that “there is no hazard of children.” He also offered that you can’t really tell who’s old or young when you’re in the dark. What a romantic!!!