Anna Magdalena Godiche née Høpfner (January 11, 1721 – February 22, 1781) was a Danish book printer and publisher. She managed the biggest printing company in Denmark as the Danish political scene combusted. Born to judge Høpfner in Haderslev Anna married Andreas Hartvig Godiche (1714-1769) of Copenhagen in 1736. Godiche owned one of the biggest printing companies in Denmark and was one of those contributing to the expansion of book printing in the mid 18th century. She took over the company which held the monopoly on printing and publishing the work of Johann Friedrich Struensee and Enevold Brandt, when her husband died in 1769. 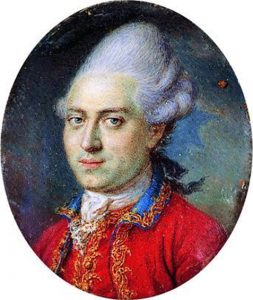 Struensee took over the Danish government in 1770 and held absolute sway for almost thirteen months, between 18 December 1770 and 16 January 1772. With Brandt’s assistance he set about reforming Denmark. Reforms initiated by Struensee included:

His reforms were popular at first but Struensee had overstepped the mark with his royal masters, he did not speak Danish, conducting his business in German, his affair with the queen and the birth of their illegitimate child scandalised Danish society and gradually his enemies moved in for the kill.

A palace coup took place in the early morning of 17 January 1772, Struensee, Brandt and Queen Caroline Matilda were arrested in their respective bedrooms, and the perceived liberation of the king, who was driven round Copenhagen by his deliverers in a gold carriage, was received with universal rejoicing. The chief charge against Struensee was that he had usurped the royal authority in contravention of the Royal Law (Kongelov). He defended himself with considerable ability and, at first, confident that the prosecution would not dare to lay hands on the queen, he denied that their liaison had ever been criminal. The queen was taken as prisoner of state to Kronborg Castle. 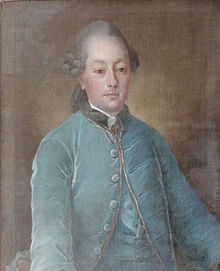 On 27 April/28 April Struensee and Brandt were condemned first to lose their right hands and then to be beheaded; their bodies were afterwards to be drawn and quartered. The Kongelov had no provisions for a mentally ill ruler who was unfit to govern. However, as a commoner who had imposed himself in the circles of nobility, Struensee was condemned as being guilty of lèse majesté and usurpation of the royal authority, both capital offences according to paragraphs 2 and 26 of the Kongelov.

Struensee awaited his execution at Kastellet, Copenhagen. The sentences were carried out on 28 April 1772 with Brandt being executed first. First, Struensee’s right hand was cut off; next, after two failed attempts his head was severed, stuck on a pole and presented to 30,000 bystanders; then, after disembowelment, his remains were quartered.

The King himself considered Struensee a great man, even after his death. Written in German on a drawing the king made in 1775, three years after Struensee’s execution, was the following: “Ich hätte gern beide gerettet” (“I would have liked to have saved them both”), referring to Struensee and Brandt.

Anna Magdalena Godiche survived the scandal and lived for another 10 years.