Madame Staël – A woman who abored all that was tyrannical, cynical, or passionless 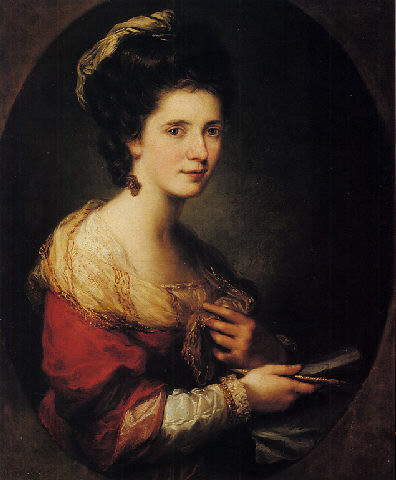 Anne-Louise-Germaine Necker, Baronne de Staël-Holstein, 22 April 1766 – 14 July 1817, was the daughter of the second most important man in France, Louis XVI’s Minister of Finances, Jacques Necker. Madame de Staël was born into a world of political and intellectual prominence. Later, she married Sweden’s ambassador to the French court, and for a span of twenty years, she held the limelight as a political figure and prolific writer. Despite a plain appearance, she was notoriously seductive and enjoyed whirlwind affairs with some of the most influential men of her time. She always attracted controversy and was demonised by Napoleon for her forthrightness, the sheer power of her intellect, and the progressiveness of her salon, which was a hotbed for the expression of liberal ideals. The emperor exiled her, on and off, for the last fifteen years of her life.

Her most famous novel was published in 1802. The story of Delphine tales place in Paris between 1789 and 1792. Delphine d’Albémar, a young widow, arranges a wedding between one of her distant relatives, Matilde de Vernon, and Léonce de Mondoville. But she falls in love with Léonce, and as he is engaged with Matilde, their love is impossible. The story ends tragically with Delphine killing herself.

Germaine grew up in France and was Protestant. Her parents became impatient for her to marry, and they are said to have objected to her marrying a Roman Catholic, which, in France, considerably limited her choice. There is a legend that William Pitt the Younger considered marrying her. The somewhat notorious lover of Julie de Lespinasse, Jacques Antoine Hippolyte, Comte de Guibert, a cold-hearted fop of some talent, certainly paid her attention but she finally settled on Baron Erik Magnus Staël von Holstein, who was first an attaché of the Swedish legation to France and then minister after 1783. For a great heiress possessed of great ambition, the marriage did not seem brilliant, but Germaine had wealth and her future husband had considerable political and social standing. The marriage took place on 14 January 1786 in the chapel of the Swedish embassy in Paris. A singular series of negotiations secured from the king of Sweden a promise of an ambassadorship for 12 years and a pension in case of its withdrawal. At the time of her marriage, Germaine was 20, her husband 37.

On the whole, the marriage seems to have been acceptable to both parties at first, although neither had any affection for the other. The baron obtained great financial benefits, whereas his wife, with the rank of an ambassador’s consort, obtained a much higher position at court and in society than she could have secured by marrying almost any Frenchman, without the inconveniences that might have been expected had she married a Frenchman superior to herself in social rank. In spite of the mutual benefits that each could claim for many years, the marriage did not last. It ended with a formal separation in 1797, although the two remained legally married until the baron’s death in 1802.

Her novels were bestsellers and her literary criticism was highly influential. When she was allowed to live in Paris, she greatly encouraged any political dissident against the regime of Louis XVI. On the day before the September massacres of 1792, she fled writing a florid account of her escape. The fall of Maximilien Robespierre opened the way back to Paris. She reopened her salon and threw herself into opposition to Napoleon Bonaparte. During the years of the Empire she travelled in Germany and Austria and after the death of her husband in 1802 she married a man called Rocca.

In June 1816, she was visited by Lord Byron and she developed a warm friendship with the Duke of Wellington, whom she had first met in 1814. By 1816 she had become confined to her room if not to her bed. She died on 14 July that year. Rocca survived her by little more than six months. Her deathbed conversion to Roman Catholicism surprised many, including Wellington, who remarked that while he knew that she was greatly afraid of death, he had thought her incapable of believing in the afterlife.

Madame de Staël— a force of nature, exuberant idealist, and ultimate enthusiast—waged a lifelong struggle against all that was tyrannical, cynical, or passionless in her time, and left Europe a legacy of enlightened liberalism that radiated throughout the continent during the nineteenth century. There are a couple of notable biographies of this colour woman, Madame de Stael by Maria Fairweather, 2006 and Madame de Stael: The First Modern Woman by Francine du Plessix Gray, 2008.