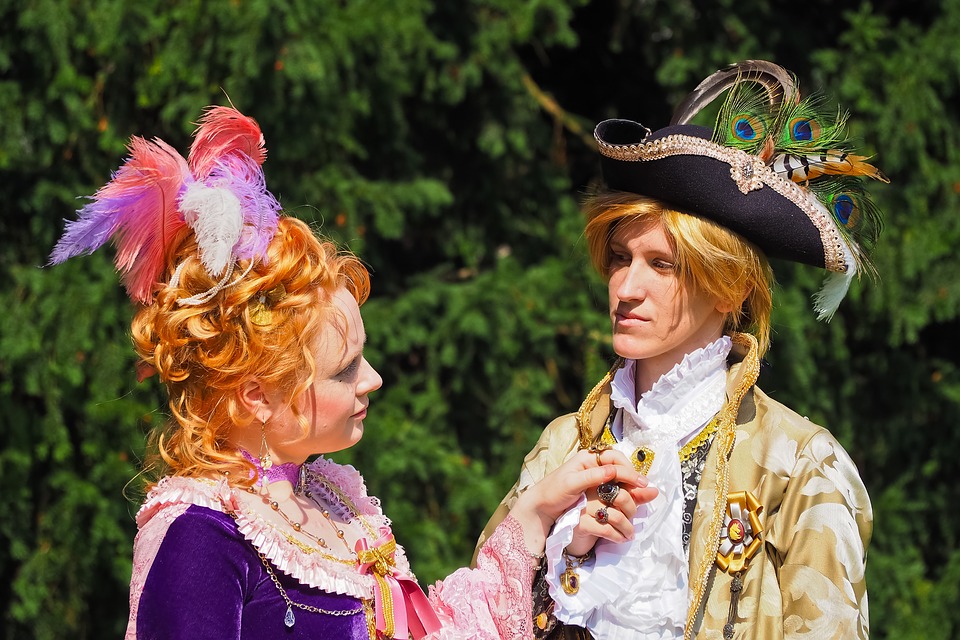 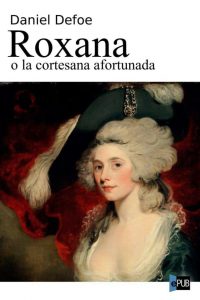 Published anonymously, and not attributed to Defoe until 1775, the novel Roxana was a popular hit in the eighteenth century although many readers find it a hard read today.

Roxana was Defoe’s last, darkest, and most commercial novel. It is about a woman who trades her virtue for survival and, once she is secure financially, continues to sacrifice her virtue for greater and greater riches according to  John Mullan in the introduction to the Oxford World Classic edition of Roxana.

Money, or lack of it, is the root of Roxana’s problems. The same is true for most female literary characters until the present day. Why is it we girls find it so hard to make ends meet financially?

The book is supposed to be a biography of a woman called Madamoselle Beleau, the lovely daughter of French Protestant refugees, who was brought up in England and married to a good-for-nothing son of an English brewer.

Fictional biographies, an oxymoron if ever there was one, were all the rage in 18th-century literature and Defoe’s story of Roxana was a particularly salacious one filled with moral ambiguity, sex and murder; a sure fired recipe for success even in today’s literature market.

The plot has many twists and turns but begins when after eight years of marriage, our heroine’s spendthrift husband leaves her penniless with five children to look after. Receiving no help from her relatives, she abandons her children to the care of an old woman; abandoning one’s children in any scenario especially a literary one is a sign a woman is about to become morally and socially persona non grata but Roxana justifies abandoning her children on the grounds that they were starving, confessing, ‘the Misery of my own Circumstances hardened my Heart against my own Flesh and Blood.” Of course, her husband has already abandoned them but there is no moral approbation for him.

The penniless Roxana starts up an affair with her landlord whose wife has left him. He offers to share his wealth with her, bequeathing her five hundred pounds in his will and promising seven thousand pounds if he leaves her. Her relationship with the landlord is often condemned by critics as a relationship based on personal gain and not love. A woman should always fulfil the English romantic ideal of giving herself up to love not for financial advantage; an ideal that was more honoured in the breach than in reality especially when it came to families with money in the eighteenth century.

The fictional pair settle down together but Roxana fails to produce a child for her new lover so she sends her maid to do the job for her, which she does. Roxana takes the child as her own to save her maid’s reputation. It seems children were to be traded too in Defoe’s lurid mind. Two years later, Roxana has a daughter of her own but the child dies within six months. A year later, she pleases her lover with a son, the inference being that boys are to be preferred. So far, Roxana’s actions are a curious mixture of adhering to and breaking the social, religious, and cultural norms of the day but with the death of her common-law husband, the landlord,  she becomes a devoid of morality and sexual restraint. 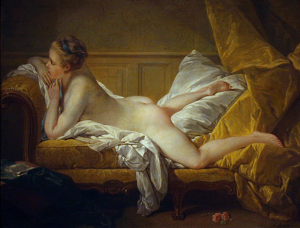 In the next part of the book, Roxana becomes a greedy hedonist and the mistress of a French prince with whom she has a son. She could have stopped her whoring when the landlord died, she had enough money to live as a quiet widow but she did not. The amoral Roxana likes money and sex and seems to have little or no feeling for the children she produces along the way. Finally, she marries a Dutch merchant who has been her longtime lover and friend, has another son and settles down into a respectable life. But, just as she is enjoying life her oldest daughter, Susan, turns up wanting a share of her mother’s new found fortune under threat of blackmail. Luckily Roxana has a maid who will rid her of her troublesome child by murdering her!

When her Dutch husband dies soon after Susan’s murder Roxana enters the final phase of her fall from matronly virtue to a common harlot.  She returns to England with her bloom has well and truly gone but she still believes she has sexual power over men but with he looks and body ravaged by age and childbirth her allure fails and she becomes a common prostitute.

The end of the novel was adapted to the moral climate of its publication. In Defoe’s original version Roxana does not die but repents for the life she has lived, and that too—according to Roxana herself—only because she comes to an unhappy end after the death of her husband. However, with the book being published anonymously, as was often the case with fictitious histories in those days, it went through several editions with various endings, in all of which Roxana dies repenting of her sins.

The novel’s importance in feminists’ eyes comes from Roxanna’s celebrated claim that “the Marriage Contract is…nothing but giving up Liberty, Estate, Authority, and everything, to the Man“.  It further draws attention to the incompatibility between sexual freedom and the responsibilities of motherhood in a world without contraception. The male characters in the novel seem to receive no moral approbation, unlike Roxana.

Some say the character of Roxana is a proto-feminist like Defoe’s other great female character, Moll Flanders because she works at prostitution for her own ends. Her work earns her independence from men. Indeed Defoe would have been aware of women all over London doing the same but probably with less success than his female characters, neither of which succumb to the pox or the violence that attends such trade.

It is difficult to take any moral or feminist lessons from Roxana because it is a novel of its time and more focused on themes Defoe’s readers would have recognised in the 18th century than any of today’s feminist ideals. I do think Defoe at least recognised an abandoned woman’s plight. As a character, Roxana has her origins in Restoration Comedy. She carries both the hope and optimism of the young that things will turn out well for her financially and in love but she is also burdened by the corruption of those who went before her. Her greed, moral corruption, and self-delusion; were perhaps a reflection of Defoe’s assessment of life. 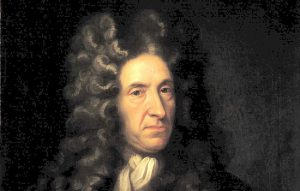 The happy ending of  Restoration plays is supposed to be a restoration of order from the chaos and confusion fostered by the older generation’s dishonesty and greed. Defoe perhaps cannot blame Roxana for the faults of the older generation and so in his conclusion to the novel he does not seek to punish Roxana with death as so many of its more puritanical publishers did when they re-wrote the ending. I think Defoe knows there is no escape from the corruption of power and money. He had his own scrapes with the law, scrapes in business and got involved in corrupt politics. Perhaps he hopes that in reprieving Roxana his own moral shortcomings will find forgiveness.