Love Letters Past and Present

In the now famous words of Cheap Trick, “I Want You to Want Me,” is a common refrain in many a love letter. The song only reached number 29 in the UK Charts in 1979 but  was used in the 1999 hit romcom, 10 Things I Hate About You. In the story, new student Cameron (Gordon-Levitt) is smitten with Bianca (Larisa Oleynik) and, in order to get around her father’s strict rules on dating, attempts to get “bad boy” Patrick (Heath Ledger) to date Bianca’s ill-tempered sister, Kat (Julia Stiles).

Written by Karen McCullah Lutz and Kirsten Smith, it is a modern version of William Shakespeare’s comedy The Taming of the Shrew. The song plays to a montage of Ledger pursuing Stiles as he tries to persuade Kat (Stiles) to go to the prom with him and of course they fall in love with each other in the end.

It seems that Kings too were not above a bit of begging when cupid’s arrow hits its mark. Henry VIII’s State Papers contain a letter he wrote to his then mistress Anne Boleyn who was residing in Hever Castle in 1527. 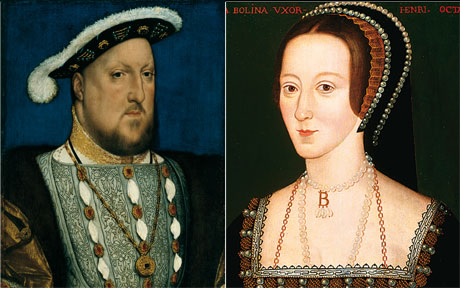 “I beg to know expressly your intention touching the love between us.Necessity compels me to obtain this answer, having been more than a year wounded by the dart of love, and not yet sure whether I shall fail or find a place in your affection, ….

But if you please to do the office of a true loyal mistress and friend, and to give up yourself body and heart to me, who will be, and have been, your most loyal servant, (if your rigour does not forbid me). I promise you that not only the name shall be given you, but also that I will take you for my only mistress, casting off all others besides you out of my thoughts and affections, and serve you only.

I beseech you to give an entire answer to this my rude letter, that I may know on what and how far I may depend…..

Written by the hand of him who would willingly remain yours, H. R.”

Anne was playing a longer game than Henry imagined at the time, determined to be his wife, not just his mistress. She keeps him on tenterhooks, torturing his heart for as long as she can being tardy with her replies. Of course, she gets her way, but things did not turn out exactly as she had planned!

The Taming of the Shrew has been the subject of critical controversy. Dana Aspinall writes “Since its first appearance, sometime between 1588 and 1594, Shrew has elicited a panoply of heartily supportive, ethically uneasy, or altogether disgusted responses to its rough-and-tumble treatment of the ‘taming’ of the ‘curst shrew’ Katherina, and obviously, of all potentially unruly wives.”

Some scholars argue that even in Shakespeare’s day, the play must have been controversial, due to the changing nature of gender politics. Marjorie Garber, for example, suggests Shakespeare created the Induction so the audience wouldn’t react badly to the misogyny in the Petruchio/Katherina story; he was, in effect, defending himself against charges of sexism. G.R. Hibbard argues that during the period in which the play was written, arranged marriages were beginning to give way to newer, more romantically informed unions, and thus people’s views on women’s position in society, and their relationships with men, were in a state of flux. As such, audiences may not have been as predisposed to tolerate the harsh treatment of Katherina as is often thought. Evidence of at least some initial societal discomfort with The Shrew is, perhaps, to be found in the fact that John Fletcher, Shakespeare’s successor as house playwright for the King’s Men, wrote The Woman’s Prize, or The Tamer Tamed as a sequel to Shakespeare’s play. Sadly for Anne Boleyn, she suffered the full weight of the King’s misogyny when he had her killed to bed his new fancy, the luckless Jane Seymour.

The pursuit of love and happiness