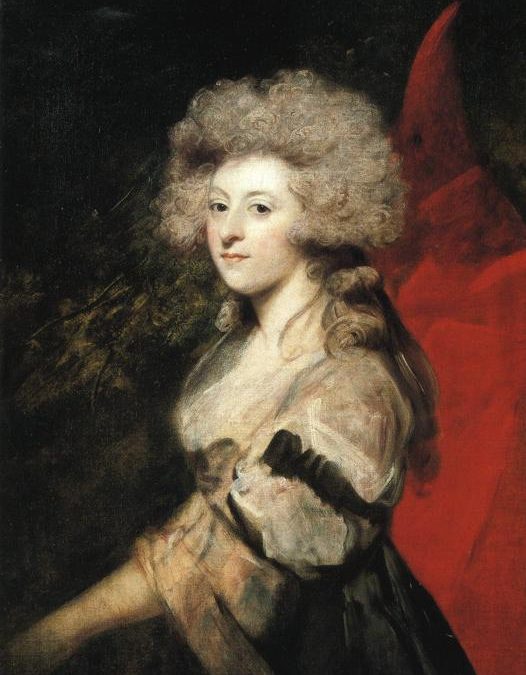 A clandestine or illicit marriage is a plot device in many 18th and 19th-century stories, think of Jayne Eyre and Mr Rochester, but what seems like the work of fiction was a fact of life for women from all social classes in 18th Century Britain. No one knew who was married to whom until the law of marriage was changed. Even the Prince Regent tried to marry a woman clandestinely and illegally.

On May 11, 1786, the Coachmakers’ Hall, Debating Society debated the following proposition: “Are not the Restraints contained in the Marriage Act, and every other Restriction on the Matrimonial Contract, contrary to the natural Rights of Mankind, and injurious to Conjugal Felicity?” Someone at the Coachmakers’ Hall was clearly stirring the pot of civil discord that evening as the formalities prescribed by the Act were hardly novel, and had been observed even when they were not essential to the validity of a marriage, and the protection afforded by the previous law was not as generous as many who wished to deviate from the new law claimed.

The Marriage Act 1753, popularly known as Lord Hardwicke’s Marriage Act, was the first statutory legislation in England and Wales to require a formal ceremony of marriage. The Act came into force on March 25, 1754, making compulsory the reading of the banns, and the registration of a marriage and its witnesses for the first time.

Before the Act, the legal requirements for a valid marriage in England and Wales had been governed by the canon law of the Church of England. This had stipulated that banns should be called or a marriage licence should be obtained before marriage and that the marriage should be celebrated in the parish where at least one of the parties was resident. However, these requirements were not mandatory and the absence of banns or a licence – or even the fact that the marriage was not celebrated in a church – did not render the marriage void. The only essential requirement was that the union be celebrated by an Anglican clergyman. So this left a lot of scope for clandestine marriages and for the wedding of those who were technically under the age of legal consent which was 21 at the time.

Maria Fitzherbert (July 26 1756 – March 27 1837) became the wife of George, Prince of Wales, the future George IV in extraordinary circumstances. Maria came from a respectable Roman Catholic family and was educated in France. She had been married twice before when she met Prince George. Maria married Edward Weld, who was sixteen years her senior, and the wealthy Catholic owner of Lulworth Castle in July 1775. Weld died just three months later after falling from his horse leaving Maria penniless. Her new husband had failed to sign his Will, so his estate went to his younger brother.

Maria, now a widow was left effectively destitute. She received little or no financial support from the Weld family and was obliged to remarry as soon as she could. Three years later, she married again. Her second husband was Thomas Fitzherbert of Swynnerton, Staffordshire who was ten years her senior. They had a son but he died young and then she was widowed again in 1781, but this time she got an annuity of £1000 and a townhouse in Park Street, Mayfair.

In 1783 George, Prince of Wales became infatuated with her after meeting her at the opera. The licentious Prince, he wanted her to become his mistress, but Maria’s devout Catholic beliefs would not allow it. So on December 15, 1785, they were married in a secret ceremony conducted by Robert Burt, an impoverished curate who set aside his scruples for the £500 fee.

The marriage was not legal. It not only contravened the 1753 Marriage Act it was also in breach of the Act of Settlement of 1701, preventing a Roman Catholic from ascending the British throne and the Royal Marriage Act of 1772. How George thought he was going to get away with is a mystery and how Maria could believe she was being married to a Prince of the realm legitimately in such circumstances is beyond belief.

George and Maria spent much of their newly married life in Brighton where Mrs Fitzherbert was treated like a queen. Whether she was ignorant or deluded concerning her position is unknown, she never spoke of it. George’s intentions were never earnest, he always had an eye for the ladies.

The couple finally separated when George’s affections turned to Frances, Countess of Jersey in 1794. Their illegal marriage was finally put asunder when George married his cousin Caroline of Brunswick in 1795.

Five years later, in 1800, Maria and George were reunited as George could not stand the sight of his legal wife, Caroline.

By 1807, the Prince’s affections were wandering again, this time towards Lady Hertford. Unable to bear any further humiliation, on December 18 1809, Maria sent George a farewell letter and departed from Brighton where she and the Prince were living.

Following the death of George IV on June 26 1830, it was discovered that he had kept all of Fitzherbert’s letters, and steps were taken to destroy them. Fitzherbert told George IV’s brother, King William IV, about their marriage and showed him the documents in her possession. He asked Fitzherbert to accept a dukedom, but she refused, asking only for permission to wear widow’s weeds and to dress her servants in royal livery. The architect William Porden created Steine House for her, on the west side of Old Steine in Brighton where she lived from 1804 until her death in 1837. The king’s unofficial wife was buried at St John the Baptist’s Church in the Kemp Town area of Brighton.