Like my hero Sinclair, the Romantic poet John Keats (1795-1821) studied to become doctor but unlike Sinclair’s his heart was not really in it. Keats’s letters to Fanny Brawne are among the most famous love letters ever written. As next-door neighbours, they exchanged numerous short notes, and occasionally more passionate letters. 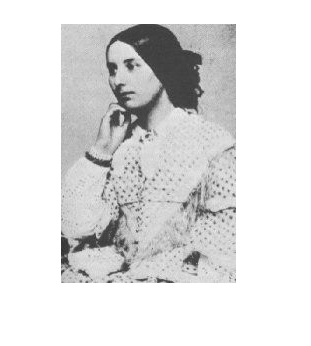 Keats trained as an apothecary at Guy’s Hospital from 1815 to 1816 and attended lectures on the principles and practice of surgery by the famous surgeon Sir Astley Cooper who also makes a brief appearance in my novel. In 1816, Keats received his apothecary’s licence, which made him eligible to practise as an apothecary, physician, and surgeon.

Keats’s desire to become a poet led him to abandon medicine soon after he completed his training. In his ‘Ode to a Nightingale’ recalls his experience of caring for the dying:

The weariness, the fever and the fret
Here, where men sit and hear each other groan;
Where palsy shakes a few, sad, last grey hairs,
Where youth grows spectre-thin, and dies.

Ironically, it was his medical training that made him such a good carer for his brother Tom when he died from tuberculosis. In giving that care Keats became infected with the disease himself; there was no inoculation at the time, the now well-know BCG vaccine was first used in humans in 1921. Infection for Keats meant certain death but not before, he fell in love and wrote some of the world’s greatest poetry and love letters. Here is one of them.

My dearest Girl,
This moment I have set myself to copy some verses out fair. I cannot proceed with any degree of content. I must write you a line or two and see if that will assist in dismissing you from my Mind for ever so short a time. Upon my Soul I can think of nothing else – The time is passed when I had power to advise and warn you again[s]t the unpromising morning of my Life – My love has made me selfish. I cannot exist without you – I am forgetful of every thing but seeing you again – my Life seems to stop there – I see no further. You have absorb’d me. I have a sensation at the present moment as though I was dissolving – I should be exquisitely miserable without the hope of soon seeing you. I should be afraid to separate myself far from you. My sweet Fanny, will your heart never change? My love, will it? I have no limit now to my love – You note came in just here – I cannot be happier away from you – ‘T is richer than an Argosy of Pearles. Do not threat me even in jest. I have been astonished that Men could die Martyrs for religion – I have shudder’d at it – I shudder no more – I could be martyr’d for my Religion – Love is my religion – I could die for that – I could die for you. My Creed is Love and you are its only tenet – You have ravish’d me away by a Power I cannot resist: and yet I could resist till I saw you; and even since I have seen you I have endeavoured often “to reason against the reasons of my Love.” I can do that no more – the pain would be too great – My Love is selfish – I cannot breathe without you.  Yours for ever, John Keats

Their love story was made into a film – Bright Star in 2009. It stars Ben Whishaw as Keats and Abbie Cornish as Fanny. It was directed by Jane Campion, who wrote the screenplay inspired by Andrew Motion’s biography of Keats; Motion served as a script consultant on the film. The film was in the main competition at the 62nd Cannes Film Festival, and was first shown to the public on 15 May 2009.The film’s title is a reference to a sonnet by Keats titled “Bright star, would I were steadfast as thou art”, which he wrote while he was with Brawne.