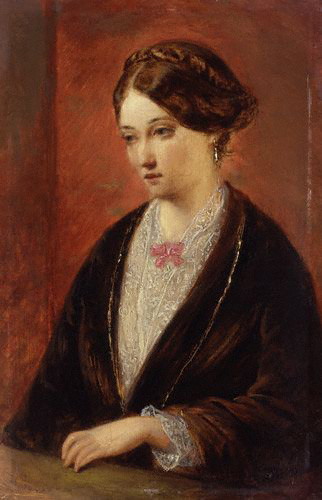 Throughout her life, Florence Nightingale’s gift for mathematics was often to be a source of frustration for her. This was because many of those she sought to influence simple did not understand numbers. In 1891 she wrote that: “Though the great majority of cabinet ministers, of the army, of the executive, of both Houses of Parliament, have received a university education, what has that university education taught them of the practical application of statistics?”

Nightingale came to prominence while training and managing nurses during the Crimean War, where she organised the tending to wounded soldiers. She gave nursing a highly favourable reputation and became an icon of Victorian culture, especially in the persona of “The Lady with the Lamp” making rounds of wounded soldiers at night. She was revered more as a representative of the female carer than the promoter of scientific medicine.

Florence Nightingale was born on 12 May 1820 into a rich, upper-class, well-connected British family at the Villa Colombaia,in Florence, Italy, and was named after the city of her birth. Florence’s older sister Frances Parthenope had similarly been named after her place of birth, Parthenope, a Greek settlement now part of the city of Naples. The family moved back to England in 1821, with Nightingale being brought up in the family’s homes at Embley, Hampshire and Lea Hurst, Derbyshire.

As a young woman, Nightingale was described as attractive, slender and graceful. While her demeanour was often severe, she was said to be very charming and possess a radiant smile. Her most persistent suitor was the politician and poet Richard Monckton Milnes, but after a nine-year courtship she rejected him, convinced that marriage would interfere with her ability to follow her calling to nursing.

In 1853, Nightingale took the post of superintendent at the Institute for the Care of Sick Gentlewomen in Upper Harley Street, London, a position she held until October 1854. Her father had given her an annual income of £500 (roughly £40,000/US$65,000 in present terms), which allowed her to live comfortably and to pursue her career. A year later, on 21 October 1854, Nightingale and a staff of 38 women volunteer nurses that she trained arrived in Scutari, the base for casualties from the war being waged in Crimea between the British, France, The Ottoman Empire and Sardinia on one side and the Russian Empire on the other.

Immediately, Florence calculated that deaths from disease were seven times those arising in battle and used the information to campaign for better food, hygiene, and clothing for the troops. She persuaded the government to commission Isambard Kingdom Brunel to design a prefabricated hospital to be shipped out to Scutari, though it arrived after hostilities had ceased.

Upon returning to England, Florence continued her work and calculated that, even in times of peace, mortality among supposedly healthy soldiers, aged 25–35 and living in barracks, was double that of the civilian population. She wrote to Sir John McNeill (who was conducting the inquiry into the mismanagement of the Crimean campaign): “It is as criminal to have a mortality of 17, 19 and 20 per thousand in the line, artillery and guards, when that in civil life is only 11 per thousand, as it would be to take 1,100 men out upon Salisbury Plain and shoot them.”

She bombarded the commissioners with questions about the relationship between the death rates in barracks and such factors as the provision of water, sewerage, ventilation, accommodation, and food, using a ‘coxcomb’ chart (a sort of pie chart)  to press home her points. She used her contacts to ensure that her views received publicity in newspapers. The commission reported in 1863, accepting most of her recommendations and Florence then used her royal connections to ensure that they were put into effect. Death rates fell by 75 percent.

Florence’s campaigns continued to the end of her life,1891. She didn’t get everything right. Her analysis of the 19th‑century cholera epidemics convinced her that they were caused by foul air, not polluted water and her influence was such that she probably hampered the fight against the disease. But, despite such miscalculations, she was certainly a passionate statistician and reformer.

Illustration: A portrait of Florence aged about 20 by August Egg.c. 1840.

Julia Herdman writes historical fiction that puts women to the fore. Her latest book Sinclair, Tales of Tooley Street Vol. 1. is  Available on Amazon – Paperback and Kindle.  Also available on: