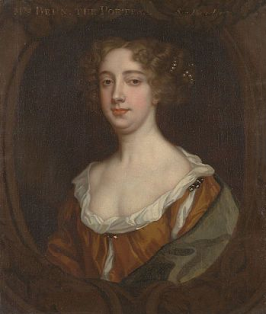 Throughout her career as a writer, her wit and talent for satirical caricature were widely acknowledged: literary figures such as Dr Samuel Johnson, Edmund Burke, Hester Thrale and David Garrick were among her admirers. Her early novels were read and enjoyed by Jane Austen, whose own title Pride and Prejudice derives from the final pages of her novel Cecilia. William Makepeace Thackeray is reported to have drawn on the first-person account of the Battle of Waterloo, recorded in her diaries, while writing Vanity Fair.

Fanny’s first novel, Evelina or the History of a Young Lady’s Entrance into the World, was published anonymously in 1778, without her father’s knowledge or permission. It was unthinkable at the time that a young woman would deliberately put herself into the public eye by writing, and Burney had to commandeer the assistance of her eldest brother, who posed as its author to her publisher,  Lowndes. Inexperienced in negotiating, Burney only received twenty guineas as payment for the manuscript.

I had great fun reading this book when I first started my researches into the lives of 18th century women. 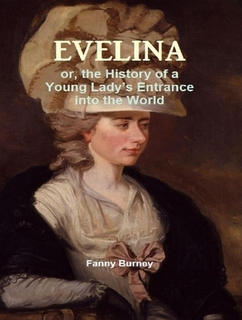 The novel was a critical success; admired for its comic view of wealthy English society, and for its realistic portrayal of working-class London dialects. It was even discussed by some characters in another epistolary novel of the period: Elizabeth Blower’s The Parsonage House published in 1780.

The novel brought Fanny to the attention of patron of the arts Hester Thrale, who invited the young author to visit her home in Streatham. Though shy by nature, Fanny impressed those she met, including Dr Johnson, who would remain her friend and correspondent throughout the period of her visits, from 1779 to 1783. Mrs Thrale wrote to Dr Burney on 22 July, stating that: “Mr. Johnson returned home full of the Prayes of the Book I had lent him, and protesting that there were passages in it which might do honour to Richardson: we talk of it for ever, and he feels ardent after the dénouement; he could not get rid of the Rogue, he said.” Dr Johnson’s best compliments were eagerly transcribed in Fanny’s diary.

Burney went on to write three more best sellers: Cecilia: Or, Memoirs of an Heiress, 1782; Camilla: Or, A Picture of Youth, 1796; and The Wanderer: Or, Female Difficulties, 1814. Although her novels were hugely popular during her lifetime, Burney’s reputation as a writer of fiction suffered after her death at the hands of biographers and critics who felt that the extensive diaries, published posthumously in 1841, offered a more interesting and accurate portrait of 18th-century life. Today critics are returning to her novels and plays with renewed interest in her outlook on the social lives and struggles of women in a predominantly male-oriented culture. Scholars continue to value Burney’s diaries as well for their candid depictions of English society in her time.