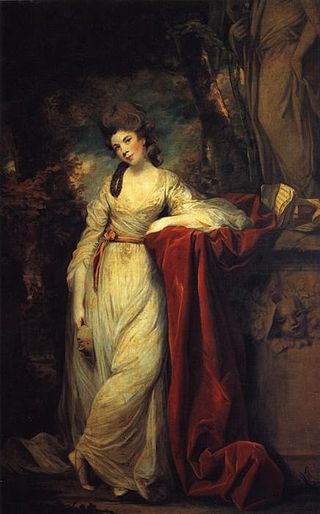 Frances Barton or Frances “Fanny” Barton was the daughter of a private soldier and started her working life as a flower girl and a street singer. She performed in taverns and resorted to selling herself as many hard up women did in those days before she made it onto the stage. Her first step to success came when she got a job as a servant to a French milliner, there she learned about costume and acquired some French which afterwards stood her in good stead as she mingled in London’s high society.

Her first appearance on the stage was at Haymarket in 1755 as Miranda in Mrs Centlivre’s play, Busybody. Following that she became a member of the Drury Lane Company, where she was overshadowed by its more established actresses Hannah Pritchard and Kitty Clive. However she was ambitious and travelled to Ireland where she had her first major success Lady Townley in The Provok’d Husband by Vanbrugh and Cibber. She worked at her trade and five years late received an invitation from David Garrick to return to Drury Lane.

Fanny married her music teacher, James Abington, a royal trumpeter, in 1759. It was not a happy and the pair separated but she retained his name calling herself Mrs Abington. She remained at Drury Lane for eighteen years. 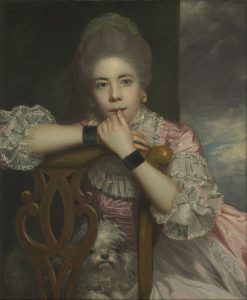 Fanny played Mrs Teasel in Sheridan’s School for Scandal making the role her own. She also played Shakespearean heroines – Beatrice, Portia, Desdemona and Ophelia and the comic characters  Miss Hoyden, Biddy Tipkin, Lucy Lockit and Miss Prue. Mrs. Abington’s Kitty in “High Life Below Stairs” put her in the foremost rank of comic actresses, making the mop cap she wore in the role the reigning fashion“. This cap was soon referred to as the “Abington Cap” and frequently seen on stage as well as in hat shops across Ireland and England. Adoring fans donned copies of this cap and it became an essential part of the well-appointed woman’s wardrobe. The actress soon became known for her avant-garde fashion and she even came up with a way of making the female figure appear taller. She began to wear a tall-hat called a ziggurat adorned with long flowing feathers and began to follow the French custom of putting red powder on her hair. 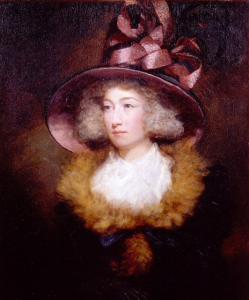 An example of Fanny’s influence on fashion – the high ziggurat style hat.

Sir Joshua Reynolds painted her as Miss Prue a character from Congreve’s Love for Love. The portrait is the the best-known of his half-dozen or more portraits of her. In 1782 she left Drury Lane for Covent Garden. After an absence from the stage from 1790 until 1797, she reappeared, quitting it finally in 1799. Her ambition, personal wit and cleverness won her a distinguished position in society, in spite of her humble origin.