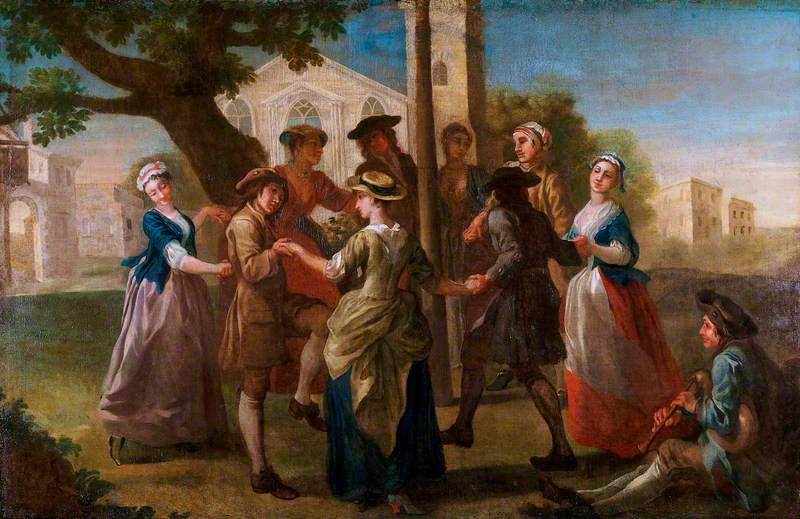 When I think of May Day I think either of Maypoles, Morris Dancing and the Jack in the Green or the old Soviet military processions in Red Square.

The origins of May Day stretch back into the mists of time. In the late Middle Ages people in England started to dance around a Maypole (a pole with no ribbons) as a celebration of Spring and to encourage fertility in the soil and people. This was banned by the Puritans but came back with the Restoration in 1660 and has remained with us ever since – the Victorians added the ribbons.

By the seventeenth century England was on the long march to modernity and urban living and London was well on the way to being the first great modern city in the world so May Day in London had nothing to do with May Poles or flowers. It was one of a number of days of the year; Shrove Tuesday, Ascension Day, Midsummer and St Bartholomew’s Day; when disorder reigned.  Between 1603 and 1642 Shrove Tuesday riots involved apprentice boys attacking brothels, bawdy houses and playhouses to reduce temptation during Lent! In the same period there were eight May Day riots. The attacks on bawdy houses seem to peter out after the Restoration and the nature of May Day and other celebration days changes again.

In the late seventeenth century there is evidence of what are called ‘ridings’ in London and other towns. In a ‘riding’ those who are viewed to have transgressed the sexual morality of the day were harangued in the street by the mod who beat their pots and pans and shouted at the tops of their voices in what was called ‘rough music.’ In June 1664 a woman appeared before a magistrate in Middlesex accused of following a woman down the street shouting, ‘whore, whore’ and clapping her hands. She was joined by others and soon there was a riot. On May Day those who were deemed to have offended their community were spat on, had dirt and stones thrown at them as well as the contents of chamber pots. In London the haranguing husbands who had beaten or cheated on their wives was particularly popular as was terrorising brothel keepers and the mothers of illegitimate children.

Historian Charles Pythian-Adams has argued that during the eighteenth century May Day celebrations in London were transformed. The population of the city was becoming socially segregated with the rich withdrawing from popular or plebeian activities, but this notion leaves out the growing urban middle class and the effects of growing religious non-conformity. As the eighteenth century progressed so did social separation (both class and gender) but it was not exclusively the elites separating themselves from the poor, the middle class were able to buy their way into urban elite culture, they may not have had a box at the theatre but they could have a seat in the stalls; and as for the poor they separated into those who chose the strictures of religious non-conformity (no pagan rituals) over the perceived laxity of the established church were certain pagan rituals were accepted. This new urban culture was not conducive to what we think of as May Day traditions and its celebration or marking lapsed until it was re-invented and sanitised by the Victorians who gave us children holding ribbons and dancing round the May Pole in the Board School yard.