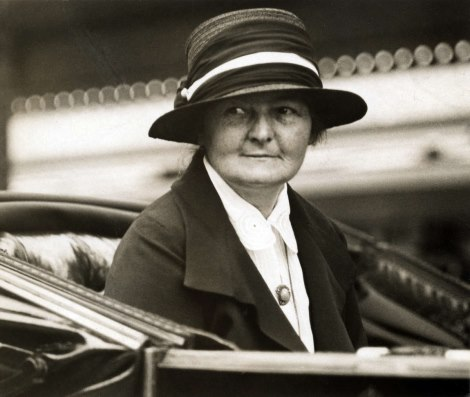 History of Women in Politics

Julia Herdman writes historical fiction that puts women to the fore. Her latest book Sinclair, Tales of Tooley Street Vol. 1. is  Available on Amazon – Paperback £10.99 and on Kindle:

When Labour swept into power in 1997, nearly one in four of its new MPs was a woman. And when all 101 of them were photographed with the Prime Minister, they became known as ‘Blair’s Babes.’ As it turned out for many of those women, the most pressing problem was not the chaos at the Palace of Westminster but childcare.

According to Barbara Follett, the wife of novelist Ken Follett, going into the Commons was like stepping back in time. In an interview in the Observer in April 2007, she said: ‘The Tories made gestures [she cups an imaginary pair of breasts]. Even on our side, the men would stick their hands out, so you’d sit on them. The worst offender was Nicholas Soames, though we worked out how to deal with him. His ex-wife had said that being made love to by Nicholas was like having a large wardrobe with a tiny key fall on top of you. So we used to make a gesture [she mimes the turning of a small key]. That helped.’

Labour’s first woman MP Margaret Bondfield found no such comradery to help her through the sexism of the House of Commons. Margaret was born in 1873, the second youngest of eleven children in Chard in Somerset, a busy industrial town making lace, cloth and iron working among its trades.

Margaret grew up in a family environment that encouraged social fairness and an interest in working-class political movements. She was later to write in her book, ‘A Life’s Work’, that …” the old radicalism and nonconformity of Chard…must somehow have got into the texture of my life and shaped my thoughts….” Her anger at injustices she saw all around her may also have begun with her father’s dismissal from his lace factory job after many years of loyal service.

Working-class Margaret began her own working life as an embroideress then she worked as a shop assistant in Brighton and London. She was shocked by the working conditions and became an active member of the shopworkers’ union. Soon she began to move in socialist circles, and in 1898 was appointed an assistant secretary of the National Union of Shop Assistants, Warehousemen, and Clerks (NAUSAWC).

By 1910, she was working as an adviser to the Liberal government on their Health Insurance Bill, giving improved maternity benefits to mothers. This, along with her campaigning efforts for improvements in child welfare; a reduction in infant mortality rates and minimum wage laws cemented her activist reputation and paved the way for her subsequent political career.

Her ideals owed much to a prominent role within the Women’s Co-operative Guild, leading to lifelong links with the Co-operative movement. But her political activity did not stop there; she helped to found the Women’s Labour League (WLL) in 1906 and was chair of the Adult Suffrage Society. Her standpoint on women’s suffrage was at odds the movement’s more famous and glamorous leaders, she favoured extending the vote to all adults regardless of gender or property, rather than merely limiting women’s suffrage to the same as men’s.

She stood for Parliament as a Labour candidate three times and was successful in 1923 when she won the seat for Northampton. History was made in early 1924 when she was appointed as Parliamentary Secretary to the Minister for Labour – the first woman ever to become a government minister. This was to be short-lived, however, as Margaret lost her seat in the following year’s general election regaining her place as an MP in the Wallsend by-election of 1926. Bondfield became Minister for Labour in 1929 amidst the worst economic crisis of country had ever seen. Her support for the government’s policy of cutting unemployment benefit for some married women was her political undoing; she lost her seat in 1931 and never went back to mainstream politics again.

Bondfield remained active in NUGMW affairs until 1938, and during the Second World War carried out investigations for the Women’s Group on Public Welfare. She died in 1953; despite her years of service to party and union, and her successes in breaking through gender boundary have not been honoured within the Labour movement. According to a later female cabinet minister, Barbara Castle, Bondfield’s actions in office had brought her close to the betrayal of the Labour movement. I think the same could be said about Castle, another great Labour woman, who suffered much the same fate with her ‘In Place of Strife’ proposal, which was an attempt to tame the power of the trades unions. It took another woman to do that, Margaret Thatcher; and that is another story.

Princess Dorothea von Lieven and Metternich – The Prince and the Swan

Empress Elizabeth – A woman who wanted to sleep with common people