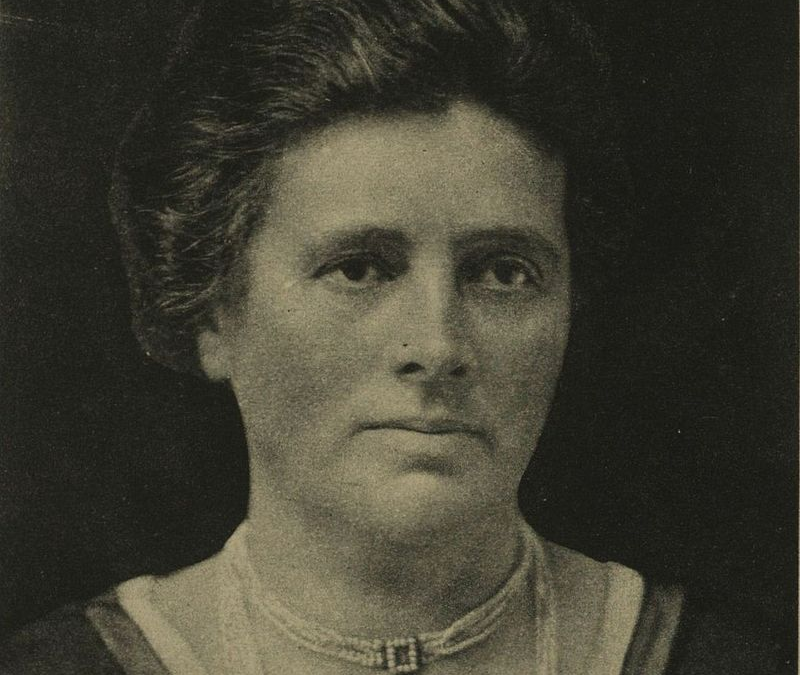 Mrs Margaret Wintringham who became Member for Lincolnshire South in 1921 and became the Liberal Party’s first female MP. She represented her constituency until 1924. Margaret was a teacher and headmistress from Grimsby.

Born Margaret Longbottom in 1879 in the West Riding she had a successful career outside politics, becoming a school headmistress and local magistrate and was active in politics particularly the National Union of Women’s Suffrage Societies.

When her husband became the Member of Parliament for Lincolnshire South she went to London with him but he died in 1921. Later that year she stood for election and won in her husband’s constituency. When she agreed to stand, she insisted that she be exempted from any requirements to make public speeches during the campaign as she was still in mourning. Instead, she would attend meetings at which others would speak on her behalf, including both her two sisters (though some accounts suggest the idea for this silence came from party managers who were keen to encourage a sympathy vote). Support was also expressed by the Conservative Nancy Astor – who saw getting an extra woman in Parliament as more important than the candidate’s party label.

Margaret Wintringham died in 1955 an obscure figure in the Liberal Party. Being ‘ordinary and radical’ she lacked the glamour and connections within the party to maintain her place in history.

I imagine her as an older version of the main character in Winifred Holtby’s South Riding, Miss Sarah Burton, a teacher who is appointed headmistress at a girls’ school in the fictional Yorkshire seaside town of Kiplington. She immediately ruffles the feathers of the more conservative locals with her forthright views about pacifism and feminism “I want my girls to know they can do anything,” she barks. For this reason, some scholars view the novel as a proto-feminist classic. I’m surprised it’s only some scholars. Holtby is a full on feminist to me.

Julia Herdman writes historical fiction that puts women to the fore. Her latest book Sinclair, Tales of Tooley Street Vol. 1. is  Available on Amazon – Paperback £10.99 and on Kindle