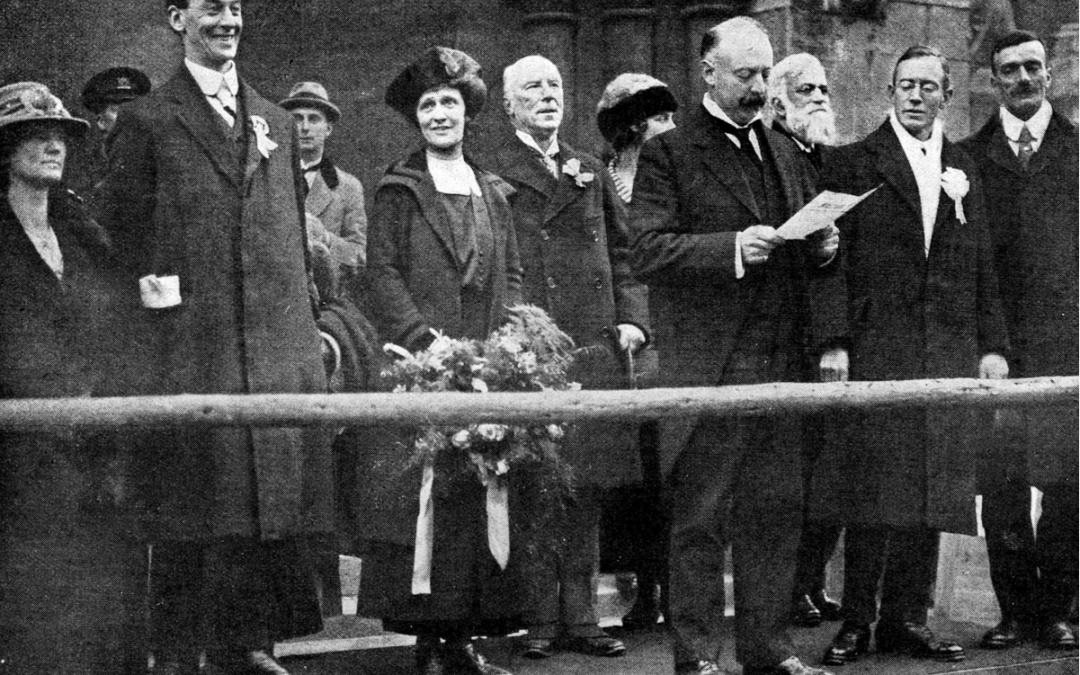 Nancy Astor entered the House of Commons on 1 December 1919, becoming the first female MP in British history to take a seat in Parliament. Born: 19 May 1879 in Danville, Virginia, US Nancy was elected as a Conservative for the Plymouth Sutton constituency after her husband, Waldorf Astor, the former MP, was elevated to the peerage. She held the seat until she stood down in 1945.

Nancy was born into an impoverished family in Virginia in 1879. However, her father was a wealthy man by the time she was a teenager. Having had no great education, Nancy and her sister Irene enrolled in a finishing school in, where women were taught etiquette and manners before entering high society in New York. While attending this school, Nancy met the American socialite Robert Gould Shaw II. The pair married in New York City on 27 October 1897 and had a son, Robert,  a year later but the marriage was unhappy and the couple divorced in 1903.

In 1905, Nancy moved to England with her son and her sister Phyllis where she soon became known among the English aristocracy as a witty and beautiful American socialite. She caught the eye of Waldorf Astor – the son of Viscount Astor – and within six months the couple were married.

Although she had never been involved in campaigns for women’s suffrage, she was a great supporter of the women’s movement once in Parliament. In her maiden speech to the Commons in February 1920, Nancy said to her male colleagues, “You must remember that women have got a vote now and we mean to use it, and use it wisely”.

During the initial years of her political career, Nancy supported lowering the voting age for women to 21 – this Act was later passed in 1928. Her husband also worked to promote the admission of women to the House of Lords during the 1920s.

She famously did not get on with Winston Churchill. Their exchanges have become something of a legend with examples such as:

“Nancy Astor: “Sir, if you were my husband, I’d poison your tea.”

Winston Churchill: “Madame, if you were my wife, I’d drink it!”

“Nancy Astor: “Winston, you are a drunk!”

Winston Churchill: “And you, madam, are ugly. But I shall be sober in the morning.”