The First Women Elected to the UK Parliament: Constance Markievicz 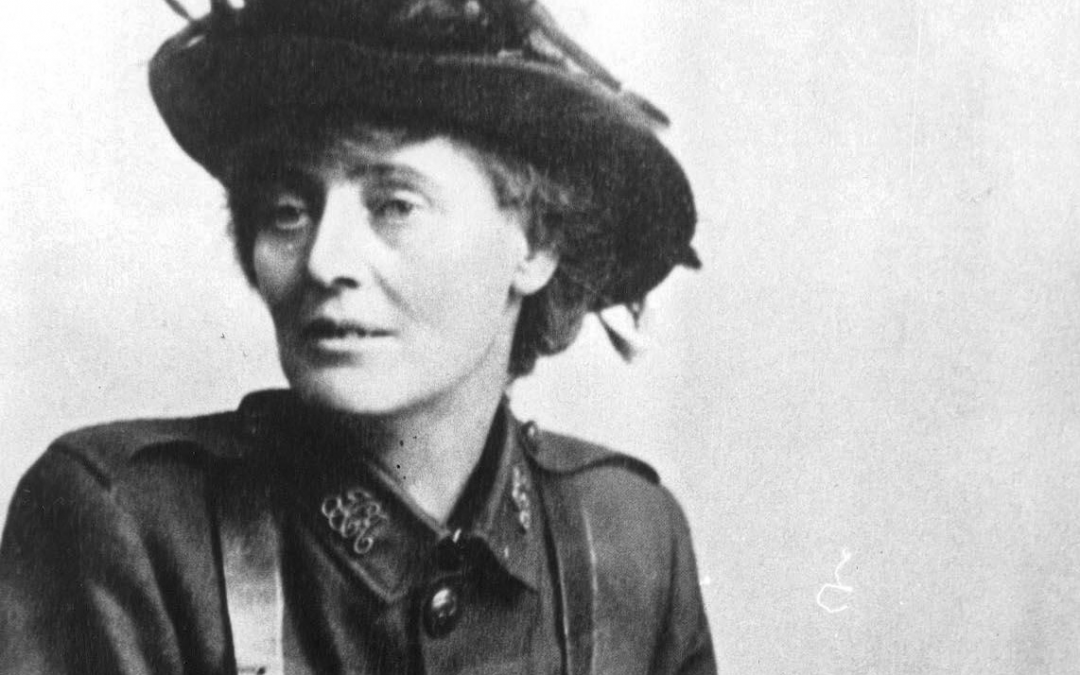 Irish Nationalist; Constance Markievicz was the first woman to be elected to the UK Parliament.

At the end of World War 1 in 1918, some women over the age of 30 got the vote.  That year another law was passed, the Qualification of Women Act, which allowed women to stand as candidates and be elected to Parliament.

It is a surprising but true fact that the first woman to be elected to the House of Commons was Constance Markievicz, an Irish Nationalist who was elected to Parliament in the general election of 1918. Constance was born at Buckingham Gate in London, the eldest daughter of the Arctic explorer and adventurer Sir Henry Gore-Booth, an Anglo-Irish landlord. Constance was an artistic and independent spirit and decided to train as a painter, but, at the time, only one art school in Dublin accepted female students. In 1892, she went to study at the Slade School of Art in London, where she became involved in the National Union of Women’s Suffrage Societies (NUWSS). Later she moved to Paris and enrolled at the prestigious Académie Julian where she met her future husband, Casimir Markievicz, an artist from a wealthy Polish family from Ukraine. The couple married following the death of his first wife in 1900 when she became known as “Countess Markievicz”.

The couple settled in Dublin and became involved with Irish Nationalists artists in the Gaelic League. She joined Sinn Féin and Inghinidhe na hÉireann (‘Daughters of Ireland’), a revolutionary women’s movement founded by the actress and activist Maud Gonne, muse of W. B. Yeats. She went to her first meeting directly after a civic function at Dublin Castle, the seat of British rule in Ireland, wearing a satin ball-gown and a diamond tiara much to their amusement. She took an active part in the Easter Rising in 1916 and served time in prison following its failure.

At the 1918 general election, Markievicz was elected for the constituency of Dublin St Patrick’s. However, as a member of Sinn Fein, the party that campaigns for a united Ireland, she did not take her seat. Sinn Fein still does not send its elected MPs to sit in the UK Parliament. Constance was in Holloway prison when her colleagues assembled in Dublin at the first meeting of the First Dáil, the Parliament of the revolutionary Irish Republic. When her name was called, she was described, as many of those elected were, as being “imprisoned by the foreign enemy” (fé ghlas ag Gallaibh). She was re-elected to the Second Dáil in the elections of 1921.

Julia Herdman is a novelist. Her latest book Sinclair, Tales of Tooley Street Vol. 1 is  Available on Amazon – Paperback £10.99 and on Kindle