The History of Politics: The Rotten Boroughs of England 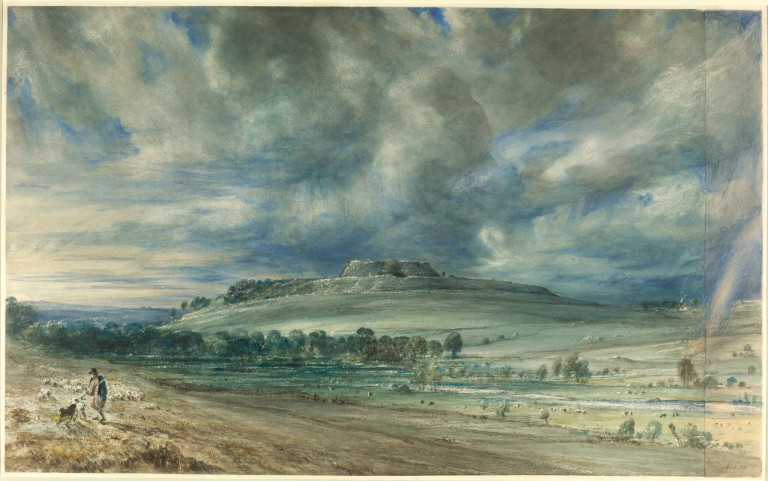 The windswept and ruined abbey of Old Sarum in Wiltshire was the most notorious rotten borough in Britain. It was the property of the famous Pitt family from the mid-17th century until 1802.

The 1801 Census of Manchester put its population at 70,409; it had no Parliamentary representation, and neither did Birmingham with a population of 84,711.

In 1802 the Pitt family sold Old Sarum for £60,000, (being a Member of Parliament was a lucrative business even then) the land and manorial rights were worth only £700 a year.

The term ‘rotten borough’ came into use in the 18th century; it meant a parliamentary borough with a tiny electorate that could be controlled by a single landlord. The rotten boroughs were swept away in with the passing of The Parliamentary Boundaries Act in 1832.

The following 56 Parliamentary Boroughs, in England, were entirely disenfranchised by the Act. They had all returned two members except for Higham Ferrers, which was a single member constituency. The voters in these boroughs were then able to participate in County elections.

Statutes passed in 1430 and 1432, during the reign of Henry VI, standardised property qualifications for county voters. Under these Acts, all owners of freehold property or land worth at least forty shillings were entitled to vote. This requirement, known as the forty-shilling freehold, was never adjusted for inflation; thus the amount of land one had to own to vote gradually diminished over time. The franchise was restricted to men by custom rather than statute; on rare occasions, women were able to vote in parliamentary elections it was as a result of their property ownership.

In the Boroughs or towns who was entitled to a vote was based on ancient conventions, for example, if you were a graduate of Oxford or Cambridge University, you might be entitled to vote in some towns and in others you got a vote if you lived in a particular property or paid a certain amount of tax. Non-conformists, Catholics and Jews were all barred from voting.

Although Catholics made up most of the Irish population, they were not allowed to become Members of Parliament.

In 1823 an Irish barrister, Daniel O’Connell, formed the Catholic Association which began a mass movement in Ireland demanding full public and political rights which resulted in the 1829 Catholic Emancipation Act.

When the 1829 Catholic Emancipation Act was passed the hopes of the Jewish community securing the same rights rose. In 1830 MP William Huskisson presented a petition signed by 2,000 merchants and others from Liverpool supporting the Jewish cause. Wealthy Jews in Britain had to wait until an agreement was reached between the two Houses of Parliament to on the oath Members and Lords could swear in The Jews Relief Act 1858.

All British men who were householders got the vote in 1871.

Voting in the pre-Reform Act period was regarded as a public duty undertaken on behalf of the community as a whole, and it was quite normal for candidates to reward their supporters in the form of “treating” – usually by providing plentiful free beer, or issuing other victuals to voters and their supporters on production of a ticket.

Less enjoyable were the threats of retaliation that might be made against voters who failed to back the ‘landlord’s favoured candidates. Voting residents of the rotten borough might find their rent increased by a vindictive boroughmonger, or they might even lose their home.

It was hoped that introducing the Secret Ballot in 1872 [which was extended generally in the Ballot Act 1872] might reduce such open corruption, but keeping their own vote secret only encouraged voters to demand treats from both sides, knowing that the chance of reprisals was now much lower.

The pre-reform act arrangements allowed MPs and the party leaders to be much younger than their equivalents today.

William Pitt the Younger was elected MP for the Borough of Appleby at the age of 21, and went on, only two years later, to become the ‘country’s youngest prime minister. His great rival, the Whig leader Charles James Fox, was so young when he entered Parliament that he ‘wasn’t actually old enough to vote! He was elected at the age of just 19, even though 21 was the voting age.

Women who owned property gained the right to vote in the Isle of Man in 1881, and in 1893, the British colony of New Zealand granted all women the right to vote. Most independent countries enacted women’s suffrage in the interwar era, including Canada in 1917; Britain, Germany, Poland in 1918; Austria and the Netherlands in 1919; and the United States in 1920. Women in France got the vote in 1947, and in Switzerland, it was 1973. In 1947, on its independence from the United Kingdom, India granted equal voting rights to all men and women in 1947.

Compiled with the help of Wikipedia.

Julia Herdman lives and works in Leicester, UK. Her latest book Sinclair, Tales of Tooley Street Vol. 1 is  Available on Amazon – Paperback £10.99 and on Kindle