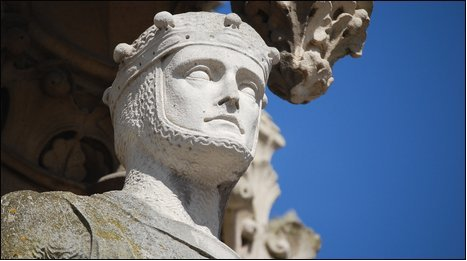 The first English Parliament was summoned by Simon de Montfort in 1265. Also known as Simon de Munford he was a French-English nobleman who inherited the title and estates of the earldom of Leicester in England. He led the rebellion against King Henry III of England during the Second Barons’ War of 1263–64, and subsequently became de facto ruler of England.

During his rule, Montfort called two famous parliaments. The first stripped the King of unlimited authority, while the second included ordinary citizens from the towns. For this reason, Montfort is regarded today as one of the progenitors of modern parliamentary democracy. After a rule of just over a year, Montfort was killed by forces loyal to the King in the Battle of Evesham on 4th August 1265.

However, the idea of a parliament of the people did not die with him. By 1295 Parliament had developed to consist of two burgesses from each town and two knights from each shire and, with some modifications in the Tudor period, this remained the basic structure of representation until the parliamentary reform campaigns of the 19th century.

There were no set rules for how towns and shires should choose their representatives, and there was great variation among them. Some held a relatively open election, while others restricted the choice to wealthy property owners. Others, meanwhile, simply left it to the city council to choose. As a result, by the 18th and 19th centuries the electoral system was not only looking hopelessly old fashioned, but it had thrown up a number of striking anomalies, some of which will be in tomorrow’s post.

Today the city of Leicester boasts a university and a concert hall bearing De Montfort’s name.