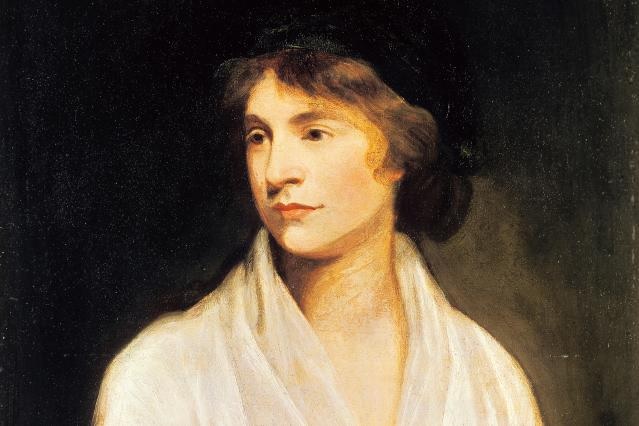 Mary Wollstonecraft was born on 27 April 1759 she is one of the world’s first feminist writers.

Wollstonecraft decided to become a writer in 1787, 230 years ago, when she moved to 45 George Street, in Southwark, now called Dolben Street. It was from Dolben Street[1]  that she launched her career, with the publication of her novel, Mary: A Fiction or Maria: or, The Wrongs of Woman is a philosophical and gothic novel that revolves around the story of a woman imprisoned in an insane asylum by her husband. The story focuses on the societal rather than the individual “wrongs of woman” and criticises what Wollstonecraft viewed as the patriarchal institution of marriage in eighteenth-century Britain and the legal system that protected it. However, the heroine’s inability to relinquish her romantic fantasies also reveals women’s collusion in their oppression through false and damaging sentimentalism. The novel pioneered the celebration of female sexuality and cross-class identification between women. Such themes, coupled with the publication of Godwin’s scandalous Memoirs of Wollstonecraft’s life, made the novel unpopular at the time it was published.

Two friendships shaped Wollstonecraft’s early life. The first was with Jane Arden. At the age of nine Wollstonecraft was taken to a farm near Beverley in Yorkshire with her brothers and sisters. They lived a wild life, roaming around the flat land of the Humber estuary until her father took a house in the town opposite the Minster. It was in Beverley she met Jane Arden. Life in Beverley was remarkably civilised, there was a theatre, dances at the Assembly Rooms and a race course with a spring meeting that co-inside with the Spring Fair. Part of my own novel Sinclair is set in Beverley.

The girls frequently read books together and attended lectures presented by Arden’s father, a self-styled philosopher and scientist. John Arden was the descendant of the playwright Arden of Faversham but was disinherited by his family, and forced to set himself up as a roving teacher of practical mathematics and experimental philosophy. After a spell in Germany, he settled in Bath for a while where he became a founder member of the Bath Philosophical Society. Then moved onto Derby where he made friends with the artist Joseph Wright. Wright painted him as the Philosopher in his work entitled: A Philosopher Lecturing on the Orrery, or the full title, A Philosopher giving a Lecture on the Orrery in which a lamp is put in the place of the sun, in 1766. 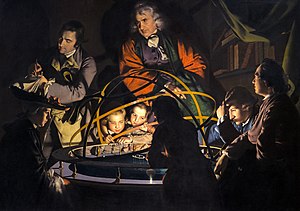 The Orrery, which now hangs in the Derby Museum, caused a sensation at the time because it replaced a classical motif with a scientific one. In this picture, Wright replaces the awe inspired by God with the wonder of science.  [John Arden – The Philosopher Lecturing on the Orrery, iOpening Books 2016.]

At fourteen Wollstonecraft revelled in the intellectual atmosphere of the Arden household and valued her friendship with Jane Arden greatly, sometimes to the point of being emotionally possessive. Wollstonecraft wrote to her: “I have formed romantic notions of friendship … I am a little singular in my thoughts of love and friendship; I must have the first place or none.” In some of Wollstonecraft’s letters to Arden, she reveals the volatile and depressive emotions that would haunt her throughout her life. Mary’s crush for Jane ended badly, in quarrel spiked with jealousy and rage.

Her second and more important friendship was with Fanny (Frances) Blood, who was introduced to Wollstonecraft by the Clares, an elderly couple from Hoxton who became parental figures to her. Mr Clare was a retired clergyman with a taste for poetry, and Mrs Clare encouraged Mary’s reading, providing her with copies of Milton, Shakespeare, Pope and Johnson. Like Fanny, Mary learned the accomplishments expected of a middle-class woman from Mrs Clare – sewing, drawing and letter writing. Above all, she learned to be feminine and neat.

Unhappy with her home life, Wollstonecraft struck out on her own in 1778 and accepted a job as a lady’s companion to Sarah Dawson, a widow living in Bath. However, Wollstonecraft had trouble getting along with the irascible woman (an experience she drew on when describing the drawbacks of such a position in Thoughts on the Education of Daughters, 1787).

In 1780 she returned home because she was called back to care for her dying mother. Rather than return to Mrs Dawson’s employ after the death of her mother, Wollstonecraft moved in with the Bloods.

Fanny Blood was paid by the botanist William Curtis to paint wildflowers for his book Flora Londinensis. When Mary was living with the Bloods Fanny became engaged to Hugh Skeys, but the pair could not marry immediately and Skeys was forced to go the sea to finance the marriage. Fanny’s brother Lieutenant George Blood (1762–1844), became good friends with Mary so much so that William Godwin, Mary’s husband wrote that Mary had “contracted a friendship so fervent, as for years to have constituted the ruling passion of her mind”.

Blood, together with Mary Wollstonecraft and Wollstonecraft’s sisters, Eliza and Everina, opened a school first in Islington, which soon failed, and then in Newington Green. The school was combined with a boarding house for women and their children.

On February 24, 1785, Fanny Blood married Hugh Skeys who had made himself into a successful wine merchant based in Dublin. When Blood married and left the school, Wollstonecraft left too, and so their other school failed.

Fanny died in childbirth in Lisbon, Portugal, on November 29, 1785. Wollstonecraft was deeply affected by Blood’s death and in part inspired her first novel, Mary: A Fiction in 1788. She also named her own daughter, Fanny Imlay (1794–1816), after her friend.Frances “Fanny” Imlay was Mary’s daughter by the American commercial speculator and diplomat Gilbert Imlay. The pair never married and when Mary died Fanny remained part of the family of the man her mother had married, William Godwin. She was born in Le Havre in 1794 as the French Revolution took hold. Her half-sister Claire Clairmont would become Byron’s lover and her sister by Godwin would elope with the poet Shelley and write the gothic novel Frankenstein.

In later years, Mary realised during the two years she spent with the Blood family she had idealised Fanny as a woman like herself, fiercely independent and intellectual but Fanny was not like Mary, she wanted to be a wife and a mother more than a revolutionary. Nevertheless, Mary loved the Bloods and remained dedicated to them throughout her life. Wollstonecraft had envisioned living in a female utopia with Blood; they made plans to rent rooms together and to support each other emotionally and financially, but this dream come to nothing. The weight of economic reality and social conformity as well as  being women in what was to all intents and purposes a world designed and run by men for men made their dream impossible to fulfil.

Mary followed the publication of Mary: A Fiction, with works on the education of children. Her own experience of motherhood forcing her to reconsider her views on women and children.

Through her association with her friend and publisher Joseph Johnson, she met Thomas Paine, the writer of The Rights of Man. Paine who would become one of the great influencers of the both the French Revolution and the development of the American state opposed the idea of hereditary government and the belief that dictatorial government is necessary, because of man’s corrupt nature. She also met her future husband and one of the forefathers of the anarchist movement William Godwin through Johnson. The first time Godwin and Wollstonecraft met, they were both disappointed in each other. Godwin had come to hear Paine, but Wollstonecraft assailed him all night long, disagreeing with him on nearly every subject.

It was after she left Dolben Street in 1791 that she published A Vindication of the Rights of Woman (1792). There is no doubt that her time at Dolben Street, Southwark was the furnace of her intellectual development, and was the site of her most intensely creative years.

[1] George Street was formed circa 1776 and the houses on either side were completed and tenanted by 1780 when the street name first occurs in the sewer rate books. It was built across the open fields shown as “tenter grounds” on Rocque’s maps, on part of what became known as Brown’s Estate. The formation of George Street was part of the rapid development of the area which followed the erection of Blackfriars Bridge. The street was renamed Dolben Street in 1911 in honour of John Dolben (1625–86), Archbishop of York, who in 1671, when Bishop of Rochester, officiated at the consecration of Christ Church. Throughout the period that these houses are shown in the rate books and directories they have been occupied by small tradesmen, chandlers, bakers, etc., and by artisans. https://www.british-history.ac.uk/survey-london/vol22/pp127-128

Southwark was the location of several London prisons, including those of the Crown or Prerogative Courts, the Marshalsea and King’s Bench prisons, those of the local manors’ courts, e.g., Borough Compter, The Clink and the Surrey county gaol originally housed at the White Lion Inn (also informally called the Borough Gaol) and eventually at Horsemonger Lane Gaol.

One local family of note, was the Harvards. John Harvard went to the local parish free school of St Saviour’s and on to Cambridge University. He migrated to the Massachusetts Colony and left his library and the residue of his will to the new college there, named after him as its first benefactor. Harvard University maintains a link, having paid for a memorial chapel within Southwark Cathedral (his family’s parish church).

My own novel, Sinclair takes place in Southwark and Beverley.

Julia Herdman is a novelist. Her latest book Sinclair, Tales of Tooley Street Vol. 1 is  Available on Amazon – Paperback £10.99 on Kindle

Madame Staël – A woman who abored all that was tyrannical, cynical, or passionless