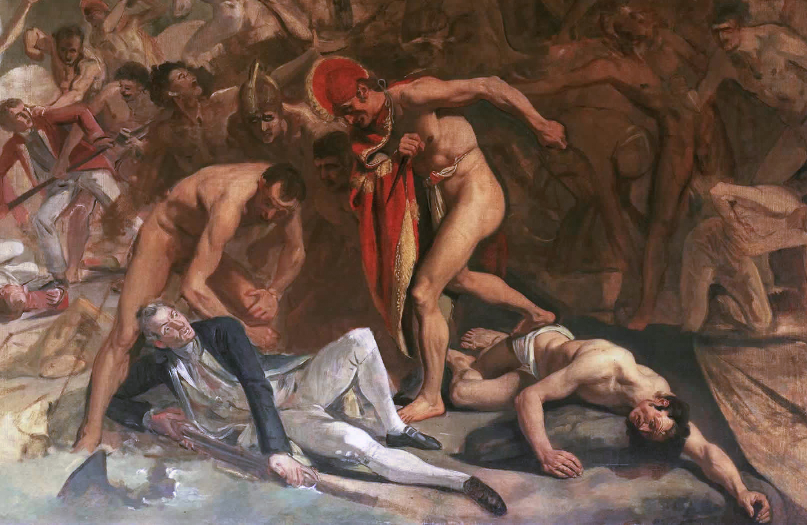 The Invention of the National Hero

During the eighteenth century a number of men achieved the status of national hero, the most famous of them being the legendary Captain James Cook (1728-1779), the man who spent his life exploring and mapping; Newfoundland, Australia, the Hawaiian Islands and New Zealand for the British Crown. The eighteenth century was a time when the British Establishment was looking for new types of heroes – heroes for the new age of enlightenment.

Cook was the embodiment of this new type of hero. He was not of them, the Establishment that is, he had achieved his rank on merit. He was not only a military man he was an explorer. A man engaged in the exercise of Empire building. His life was relentlessly hard, away from his family for years on end but he did it without complaint. His death was viewed as a national tragedy and a cautionary tale. After 1779 British Officers would never be so trusting of the indigenous peoples they encountered on their journeys.

During the Seven Years’ War, Cook served in North America as master of Pembroke (1757) In 1758 he took part in the major amphibious assault that captured the Fortress of Louisbourg from the French, after which he participated in the siege of Quebec City and then the Battle of the Plains of Abraham in 1759. He showed a talent for surveying and cartography, and was responsible for mapping much of the entrance to the Saint Lawrence River during the siege, thus allowing General Wolfe to make his famous stealth attack on the Plains of Abraham.

In 1766, Admiralty engaged Cook to command a scientific voyage to the Pacific Ocean. The purpose of the voyage was to observe and record the transit of Venus across the Sun for the benefit of Royal Society inquiry into a means of determining longitude. Once the observations were completed, Cook opened his sealed orders and started the second part of his voyage: to search the south Pacific for signs of the much postulated rich southern continent of Terra Australis. He sailed around New Zealand and landed on Australian soil on 19 April 1770, and in doing so his expedition became the first recorded Europeans to have encountered its eastern coastline.

Two years later as the commander of HMS Resolution with his companion ship HMS Adventure he circumnavigated the globe at an extreme southern latitude, becoming one of the first to cross the Antarctic Circle on 17 January 1773.

On his last great voyage Cook was charged with looking for a north-west passage around the American continent. He sailed via Cape Horne and into the Pacific Ocean stopping off at Hawaii and the Sandwich Islands. Cook sailed as far north as Vancouver Island than turned back and was killed in an altercation with the local Hawaiian chief on 14 February 1779.

Picture: The Death of Captain James Cook, Johann Zoffany, circa 1795. 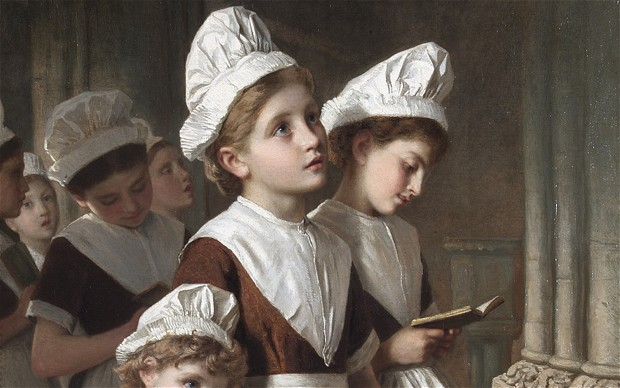 Suffer Little Children to Come Unto Me

Thomas Coram was a philanthropist and campaigner. His greatest achievement was the London Foundling Hospital. But this was just one of many philanthropic projects.

The Anglo-American Founder of the World’s First Incorporated Charity was born in Lyme Regis, in 1668. He was neither wealthy nor well connected. Aged 11 his father sent him to sea. This meant he never had a formal education.

He arrived in  Dighton, Massachusetts in 1694. He lived there for ten years. Ardently Anglican, religious differences between Coram and his neighbours soon surfaced. These were played out in the courts where seemingly trivial issues quickly escalated; claims and counter-claims. Sometimes threats turned to violence against Coram. He frequently had to go to the Boston courts to receive a fair hearing at the local magistrates’ court.  In Boston, he met and married Eunice Waite, the daughter of an established family originally from England. She was a nonconformist Congregationalist but there is no evidence of any friction over religion between them. Letters show that Eunice and Thomas Coram were happily married for 40 years.

In 1704 at the age of 36. Between 1704 and 1712 he plied his trade on merchantmen and became a ship’s captain. In 1712, he obtained a role at Trinity House, Deptford, a private corporation that combined public responsibilities with charitable purposes. The Trinty House charity operated under royal patronage and provided and managed lighthouses and buoys to aid merchant shipping and to save lives at sea.

His interest in the welfare of merchant seamen continued and he developed an interest in supporting abandoned children although we don’t know why. In 1717, he made his first attempt to set up a home for abandoned children in a founding a colony, in what is today, the American State of Maine. With one foot in England and the other in her American colony, Coram was appointed one of the trustees for Georgia colony in 1732 and in 1735 he brought forward a scheme for settling unemployed English artisans in Nova Scotia.

Settled back in England, Coram bought a house in Rotherhithe about 4 miles down the Thames from central London. On his daily journey into town he was appalled by the number of infants he saw left to die in the streets. These poor children were most likely the unwanted result of prostitution, the main source of financial support for unmarried women in London, and the abuse of female domestic servants by their employers and male servants alike. Once again he campaigned for the creation of an institution where abandoned infants and orphans could be cared for. He laboured for 17 years and was finally successful in 1739 when George II gave his project a royal charter.

The First Children Admitted to the Foundling Hospital

The first children were admitted to houses in Hatton Gardens in 1741 and the land where the hospital still stands today was purchased. The Foundling Hospital was innovative; it educated both its boys and its girls which was remarkably advanced for the times. The foundation stone of the present hospital was laid on 16 September 1742. In October 1745 the west wing was finished and the children moved into their new and permanent home.

Great interest was excited in the undertaking, especially by London’s artistic community including William Hogarth and George Frederick Handel both of whom made donations to the cause. Sadly, for Coram he fell out with the hospital’s new benefactors, the reasons are unclear, and he was ousted from its Board of Governors in 1742.

From the start, the governors of the Hospital went to considerable lengths to protect the children from the infectious diseases because they were so vulnerable. Children entering the Foundling Hospital were screened and turned away if they showed any signs of infection. Following their admission, they were sent to wet nurses in the countryside to give them a good start. They remained in the country until they were five and six then they returned to the hospital where they enjoyed a healthy diet including vegetables, meat, fruit and fresh milk from the hospital’s own cow.

The children were also inoculated against the endemic disease smallpox, probably on the advice of Coram’s old friend, Dr Richard Mead who, as well as being a pioneer of smallpox inoculation, was an influential governor of the Hospital and an eminent physician. He played an important role in the early days of the institution, often attending to look after sick children and advising on their care. It was probably down to him that by 1756, of the 247 foundling children who had been inoculated against smallpox, only one had died of the disease.

In his later years back in America, he advocated a scheme for the education of Native American girls. This remarkably enlightened man, “An Evil amongst us here in England is to think Girls having learning given them is not so very Material as for boys to have it. I think and say it is more Material for Girls, when they come to be Mothers, will have the forming of their Children’s lives and if their Mothers be good or bad the children Generally take after them, so that giving Girls a virtuous Education is a vast Advantage to their Posterity as well as to the Publick.”

After the loss of his wife, he neglected his private affairs and fell into difficulties. On 20 March 1749, an annuity of £161 was assigned to him, the Prince of Wales subscribing £21 annually. Coram died on 29 March 1751, aged 83, and was buried on 3 April in the chapel of the Foundling Hospital. An inscription was placed there, and a statue of him by William Calder Marshall was erected in front of the building a hundred years later.

For more about the Coram Foundation: https://www.coram.org.uk/our-story

Julia Herdman is a historical fiction author and publisher. specialising in engaging historical fiction books and selected non-fiction. Current projects: Tales of Tooley Street – a series of novels set in 18th century London. Tales of Tooley Street is a work of fiction inspired by a family of apothecary surgeons who lived and worked at No. 65 Tooley Street in the London borough of Southwark. Available Worldwide on Amazon. The Sacred Numbers of The Gods – a book on the archaeology and religion of the Ancient Egyptians. Due soon.